John Bleasdale reports on the top-drawer selection of the 78th Biennale, as the Festival bestows its top prizes on women (similarly to Cannes, Berlin and the Oscars)

Let me help you picture the scene. I get to Venice by train, crossing the bridge of freedom until I get to the Santa Lucia railway station, the patron saint of eyesight. A good start considering the strain my eyes are going to be over the next few days. Then a vaporetto – a waterbus – which churns down the Grand Canal and out to the Lido, a spit of land a few miles long and a mile or so wide. Here we have the Palazzo del Cinema, the Casino and the Palabiennale: a movie village. Yes, the red carpet is walled off to prevent the crowds from gathering, but they come anyway to spy Timothee Chalamet and Zendaya through the gaps in the chain link fence. The sun is warm this year, somehow skipping the end of days storm that traditionally wrecks the place about halfway through the Festival. Spritz is poured by the gallon and despite the masks and social distancing we all eat crisps from a shared plate that comes with the aperitif. Such are the contradictions.

But enough of the local Aperol colour, what about the films? It seems I’ve been saying this has been a bumper year for the past four or five years. Last year was an amazing year just in the fact that it happened at all. But yes, this has been a bumper year. It was front loaded like a Citroen with the engine at the back. Pedro Almodovar opened proceedings with Parallel Mothers, a graceful and mature work featuring a stupendous Penelope Cruz who would win the Coppe Volpe for best actor. She could just have easily won it for Official Competition, a brilliant witty piece of metafiction in which she plays a radical director whose demanding process might itself have been inspired by her work with Pedro.

No sooner had we caught our breath, than we were faced with Paolo Sorrentino and Jane Campion. I’ve never been a huge Sorrentino fan. Or scratch that. I liked him, was dazzled by him and then I began to get a headache and began to wonder if all that loudness was actually conveying anything. Hand of God is a very personal film, a coming of age story that encompasses the deaths of his parents and his own dawning ambition to be a film director. But right from the start he likes tits that jiggle and thinks there’s nothing funnier than a fat person. The caricatures are meant to be crude and the pubescent sexuality likewise. The crowd liked it and it is certainly a step up from the bad fart that was Loro.

The Power of the Dog was a personal project of another sort. Jane Campion had been trying to bring Thomas Savage’s book to the screen for some time. It stars Benedict Cumberbatch as a sadistic cowboy called Phil, who entertains a savage dislike for his brother’s new wife, Jesse Pelmons and Kirsten Dunst playing the newly wed couple. It is a strikingly handsome film, scored by Jonny Greenwood and making impressive use of its New Zealand locations. And yet I couldn’t quite go with it all the way. The film ought to have the power of There Will Be Blood, but I never quite believed in Phil, which might be part of the point of the film. It’s one I need to think about, and you never have time to think at these things. 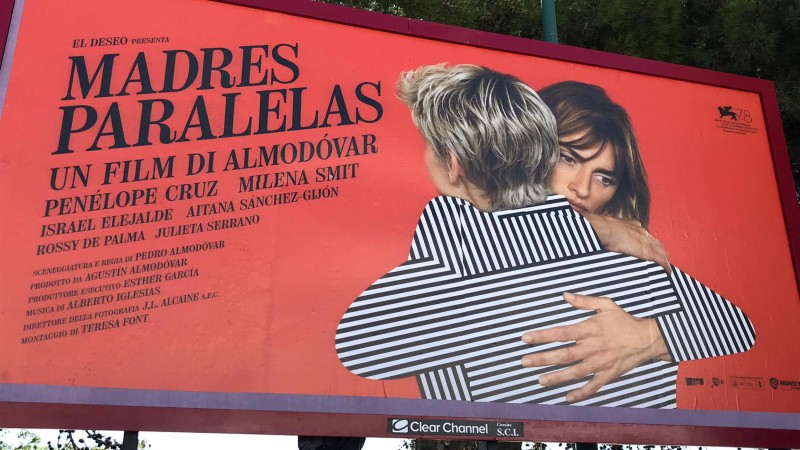 The next day it was Spencer (Pablo Larrain) and of course Dune, perhaps the most eagerly anticipated film of the Festival. Let’s start with Spencer which needed to shake off the feeling that it was a bottle episode of The Crown. Personally, I think it managed, but lord, is it patchy. Kristen Stewart’s Lady Diana is by turns brilliant and in another moment a shaky impersonation. As with Power of the Dog, perhaps that’s the point director Larrain is making. And so to Arrakis and making sure that the Spice must flow. Does it? Yep. For me it does. Of course, we have to suspend disbelief that the studio fully intends to make the concluding half of the film for any of this to be meaningful. But I thoroughly enjoyed being immersed in a world I was first introduced to some 30 odd years ago lying in the grass reading my hardback copy of Frank Herbert’s novel borrowed from Barrow-in-Furness public library.

Edgar Wright’s Last Night in Soho was a messy but entertaining mash up of a musical and a horror film. Why doesn’t Edgar Wright just go ahead and make a musical? The film stands or falls on your ability to believe that a fashion student could afford a roomy bedsit in central London or not. Bar job or no. Said fashion student (Thomasin McKenzie) gets whizzed off to the 1960s every night to live a double life as Ana-Taylor Joy, but nostalgia has a corrosive effect and things turn dark as the tone shifts between pop fun and J-horror.

But some of my favourite films were those I hadn’t really been expecting much from. Maggie Gyllenhaal’s feature debut The Lost Daughter is an adaptation (written by Gyllenhaal herself for which she won the best screenplay award) of Elena Ferrante’s novel. It stars Olivia Colman as an academic on a working holiday in Greece whose encounter with a young family leads her to think about her own youth and her own motherhood. This is a blindingly honest piece of work, full of nuance and beauty. I wonder if it was directed by a complete unknown, we’d all be hailing this as one of the most exciting debuts in recent years.

There was a definite feeling of falling off, post-weekend. The films sneak off to Toronto and the North American journalists follow shortly thereafter. Festival lanyards begin to smell like wet mice and lack of sleep means that I could see the aura around the security guards. I certainly saw one around Jury President Bong Joon-ho when we interrupted his meal to get a photograph. “Parasite”, he muttered under his breath. And Luca Guadagnino showed up on a bike outside the bakery where I get my morning pastry. 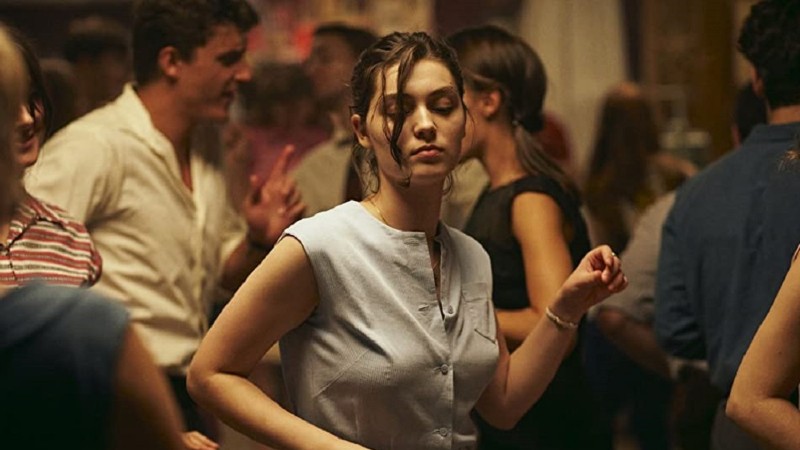 But there were still films to come and some of them were truly magnificent. Sundown continues Michel Franco’s misanthropic odyssey to become the Mexican Michael Haneke. It stars Tim Roth as a rich tourist who in the midst of family tragedy hides away in a cheap hotel. If you don’t like people, you’ll love it. And even if you do like people, it’ll make you think. Another film that echoed through my head was The Hole, the new sui generis by Michelangelo Frammartino, director of The Four Times (2010). It’s a poetic film which recreates the 1963 exploration of one of the deepest caves in the world with the death of an old herdsman. There’s no conventional dialogue, no story as such, and yet an epic tale unfolds of voices that echo in the mountains and under the mountains also.

I headed home on the last day happy to have caught The Last Duel, Sir Ridley Scott’s latest period drama, historical epic, which comes complete with Matt Damon mullet and Scott’s trademark sideways snow. It’s also his best film since Thelma and Louise and something of a companion piece too. Returned to the bosom of my family and cutting the grass, as you should immediately on returning from a film festival to bring you back to who you really are, the last thing to do was watch the awards ceremony on YouTube and see if Spike Lee might make an appearance, just for shits and giggles. Alas no, but Happening (L’Évènement; pictured above) took the top prize, completing a bumper 12 months for women filmmakers who’ve collectively won the Oscar, the Palme d’Or and now the Golden Lion. The film is a timely – Jesus Christ how timely – reminder of the horrors of being a sexually active young woman when abortion is illegal. Collecting the award, director Audrey Diwan called her lead actor Annamaria Vartolomei on stage to join her in the celebrations. It was a perfect ending to a great festival. I hope you’ve enjoyed the coverage. Who knows? Next year perhaps you’ll come along too.

Two single mothers share a maternity room, in one of Almodovar's most thoughtful, profound and mature works to date - in cinemas on Friday, January 28th [Read More...]

Denis Villeneuve's adaptation of the sci-fi classic criticises the exploitation of our planet and its indigenous peoples, thereby wowing our writer John Bleasdale - on VoD on Monday, January 31st [Read More...]

French film unflinchingly portrays the physical reality of unwanted pregnancy and the attempted abortions in the 1960s, with clear parallel with the current situation in Texas - on Mubi on Thursday, July 14th [Read More...]