The 1949 Ealing comedy Passport to Pimlico isn't just one of the funniest British films ever made, it's also a prescient warning and the perfect allegory of Brexit, and why it might be doomed to fail

Pigs might fly. And so Brexit might happen. Soon we will be getting our milk from hoses hanging down from helicopters, our potatoes thrown out of moving trains, and we will have to steal our potable water from the neighbouring countries, plus rely on international solidarity for tinned food. Sounds bizarre? Well, Brexit is bizarre. And this is my very own personal analogy between post-Brexit Britain and an independent Pimlico.

Ok, let me explain myself. This may sound a little confusing if you haven’t seen the 1949 Ealing Studios comedy Passport to Pimlico (directed by Henry Cornelius, at a time the director wasn’t too prominent). In this classic movie, a mixture of slapstick and sociopolitical satire, a street of Pimlico (now a posh London neighbourhood, not far from Buckingham Palace) becomes an independent state following the discovery of a medieval document buried underground. 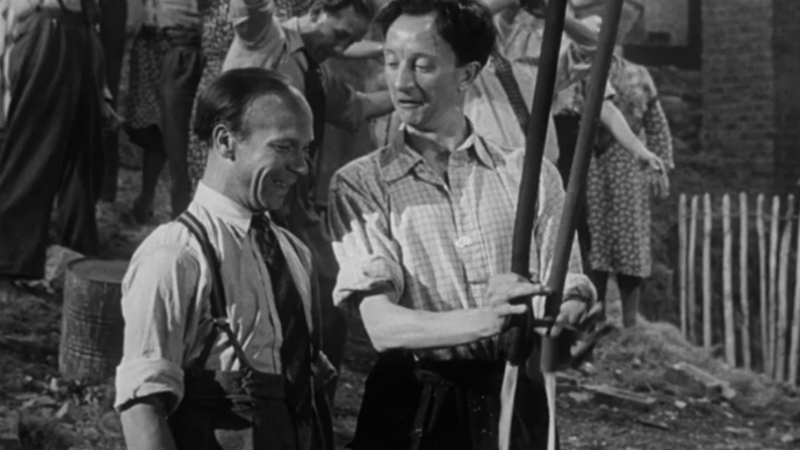 The newly-formed sovereign state calls itself Burgundy, and soon “Burgundians” are basking in the perks of independence. They shun unwanted British laws (such as drinking regulations) and establish themselves as a smuggler’s paradise where “foreigners” can buy rationed goods without restrictions. A jolly good future lies ahead, it seems.

Well, not quite. Almighty Britain retaliates by shutting the frontiers and establishing border control, with passport et al. They also embargo the new sovereign state, which in turn runs out of food and water. It’s a sultry summer and a heatwave castigates Burgundians, and so they soon have to rob British water. The various London districts (Camden, Ealing and so on) join forces with the international community in order to demonstrate their solidarity with Burgundy. They literally throw and fly goods into the new state. Burgundians collect their milk from a hose hanging down from a helicopter (pictured above), a pig is flown in (below) and so on. The bizarre world that I described in the first paragraph of this article materialises.

And so the penny began to drop: Burgundy is but an illusion. 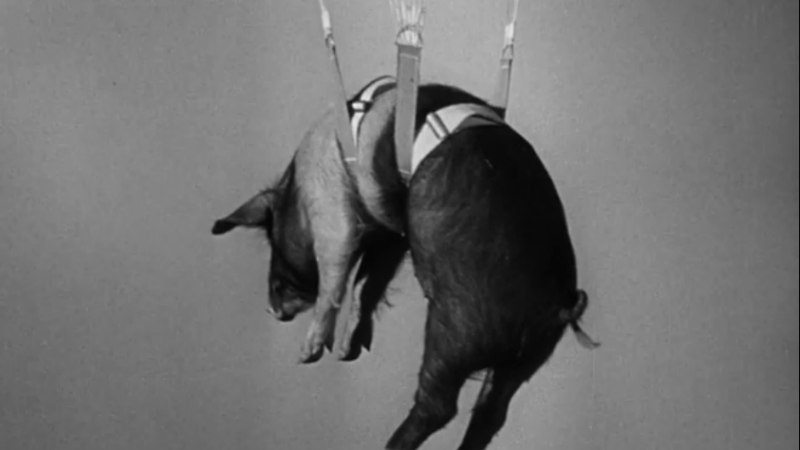 The “independence” that never was

Passport to Pimlico isn’t just a hilarious movie. It’s the greatest mockery of independence ever made on film. It’s the perfect allegory of how enticing and yet deceitful rushed “sovereignty” can be. The lesson learnt is that a chop-chop separation is both unfeasible and undesirable. Particularly because there was never a requirement for a breakaway, and the whole process was short-sighted, driven by whimsical personal ambitions and a delusional notion of self-sufficiency. Just like Brexit.

At first, “Burgundexiteers” wallow in their newfound citizenship. “Blimey, I’m a foreigner”, cries out one of them. They can drink as much as they wish, they can eat whatever they like, they can trade as they wish, they can live as they desire, plus they can proudly boast their new national identity. But not for long. They are about to find out that such “freedom” is, in reality, a handicap. Once open borders and free movement cease the country begins to collapse. Does this sound prescient?

The 1949 movie illustrates a very modern issue: how do you stop your “independent” country from becoming a deregulated paradise and trading mess? Brits flock to Burgundy in search of cheap rationed goods. Is this a harbinger of the post-Brexit risks? Could the UK become a fiscal paradise where foreigners come in search of lax regulations?

Just like with Brexit, the national newspapers help to drive the narrative of Burgundian independence. The headlines will ring bells to anyone vaguely familiar with the vocabulary used to describe the Brexit talks taking place right now with the EU: “door not yet closed”, “door still open, no quarrel with Britain” “talks: deadlock complete”, “Burgundy issue splits Britain” and “Burgundy bullied into submission” (see carousel above for these headlines and more). There’s even a touch of xenophobia, as the Daily Express mandates that its readers “stay out of Burgundy”. The flames of division are towering high into the air. The heat is on.

Burgundy finally realises that they are not in the position to call the shots. Instead they are vulnerable, and they have become the laughing stock of the world. A Home Office envoy warns them: “I trust you understand that the alternative is complete isolation. I do hope that moderation will prevail”. And so they begin to crush under the weight of the real decider. The final outcome is inevitable: Burgundy rejoins the UK. Is this an augury of Brexit?

Passport to Pimlico is available for viewing online on Google Play and YouTube.

Do you hear the blues? They are everywhere! Highly insightful documentary provides detailed and finely corroborated arguments as to why Brexit is nothing short of a disaster, and it also conveys a necessary message of blue hope - now available on VoD [Read More...]