"Dirty gem"
French film unflinchingly portrays the physical reality of unwanted pregnancy and the attempted abortions in the 1960s, with clear parallel with the current situation in Texas - on Mubi on Thursday, July 14th

The problem with patriarchy (mansplaining klaxon) is grammar. It’s the way that women are often the subject of passive constructions. A woman is raped. A woman is sexually assaulted. A woman falls pregnant. The subject is not the agent. The agent is either absent or rendered unimportant. And so pregnancy, childcare, rape, contraception, abortion and sexual harassment are all dealt with as women’s problems or women’s issues and at the same time women are rendered passive recipients of these problems.

Audrey Diwan’s adaptation of Annie Ernaux’s 2000 novel is a timely reassertion of agency. The year is 1963. Rock’n roll is just rearing its head, and young Anne (Annamaria Vartolomei) is studying for admission to university. She is part of a generation who can see a future ahead of them different from their parent’s lives and especially their mothers. But then her period is late and with horror she realises that she is pregnant. She immediately wants an abortion but her doctor warns her that given the current state of the law not only would she be sent to prison, but anybody who she spoke to about it and who aided her would also face criminal prosecution and incarceration. So far, so present day Texas.

Keeping the focus exclusively and tightly centred on Anne, Diwan’s film matches Anne’s own intense focus. She is literally fighting for her life, even as her distraction from her study also puts her future plans in danger. She is determined, brave and intelligent. She tries everything, from visiting another doctor to confiding in a male friend to get help. Everywhere she goes, she is met with hostility, disgust and fear. Even her close network of friends prove unsympathetic if she ever gets up the courage to tell them. Her life in the college is already blighted by bullying by some girls who have decided that she is a “slut”. So Anne is largely thrown on her own resources, increasingly isolated and secretive as the weeks tick up on the screen titles towards a point where termination would be impossible. 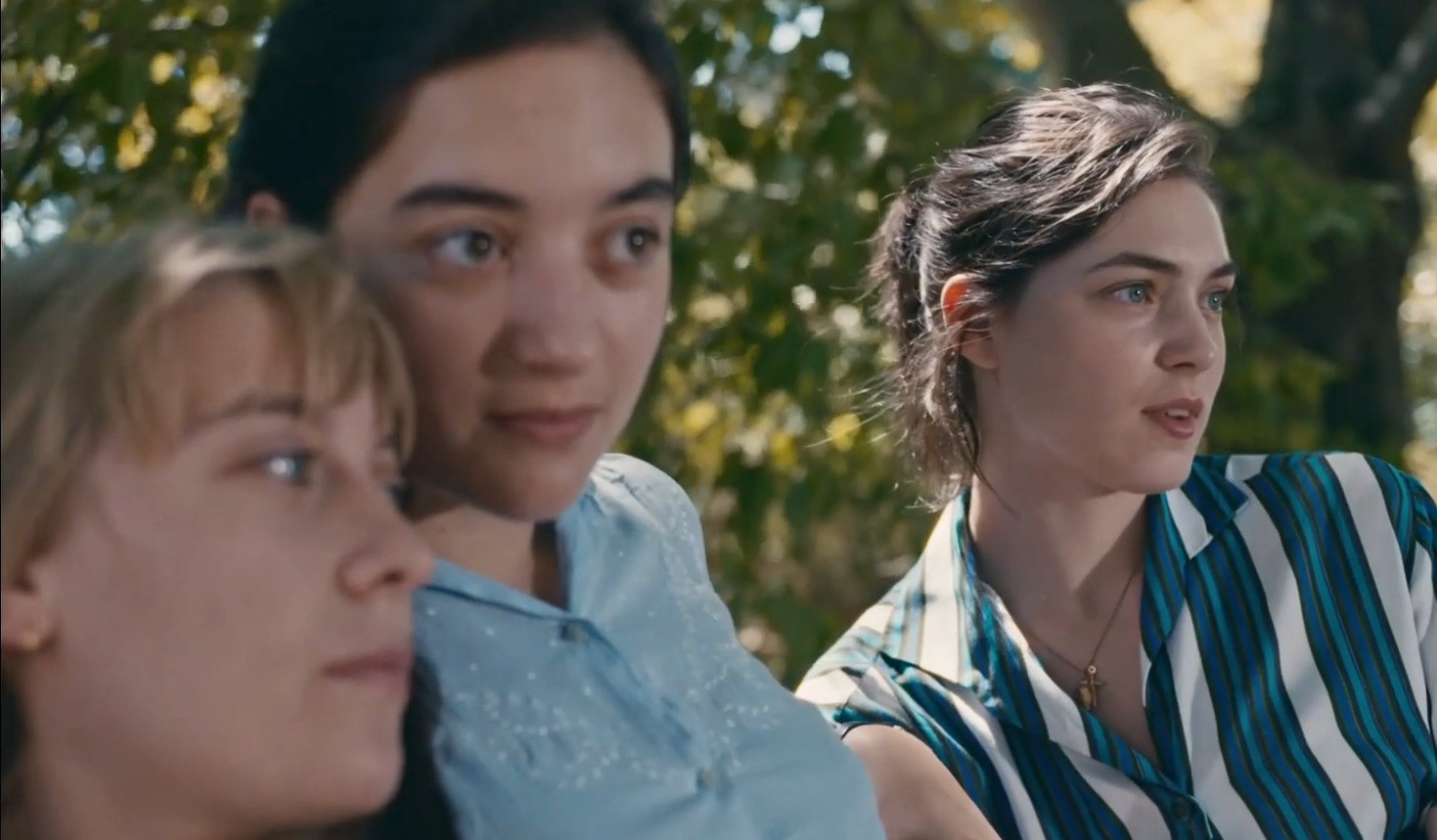 Diwan and co-screenwriter Marcia Romano have produced a timely and urgent film. Despite its period setting – beautifully and unobtrusively realised – this story could easily be taking place right now. Vartolomei does everything to make Anne no victim. She is a woman in an unfortunate situation, infuriated by the situation she has found herself in and fuming with the injustice of it all. She is also unrepentant of her sexuality. The girls around her are likewise simmering with their own repressed and not so repressed but nevertheless hidden desires. There is an unblinking honesty to her performance which never asks for sympathy, but simply wants to have control over her own body and to take control over her own life.

The abortion scenes never become gruesome for their own sake, but it takes some courage to watch. But Diwan has produced a lean and compelling drama that demands our attention and Vartolomei creates a character who doesn’t ask for our compassion but fully deserves it.

Happening premiered at the 78th Venice Film Festival, when this piece was originally written. In cinemas on Friday, April 22nd. On Mubi on Thursday, July 14th. Also available on Amazon Prime.