I must confess my ignorance regarding the storied feud between the titular Luke Hobbs (Dwayne Johnson) and Deckard Shaw (Jason Statham), but the pair bring a welcome humour to their dynamic – tongues are firmly in cheek amongst all the macho-posturing and smouldering intensity.

The only problem is that this banter is lame and contrived – it raises little more than a smirk. Consider the following line: “Listening to your voice is like dragging my balls across shattered glass”! You could find better trash talk in the worst Arnold Schwarzenegger vehicle or WWE pay-per-view. Johnson’s natural charisma does break through on several occasions, though. Indeed, his humour and hulking physicality (he’s never been bigger) give him an action hero’s screen presence. He just needs to find that defining role – something edgy, something dirty. 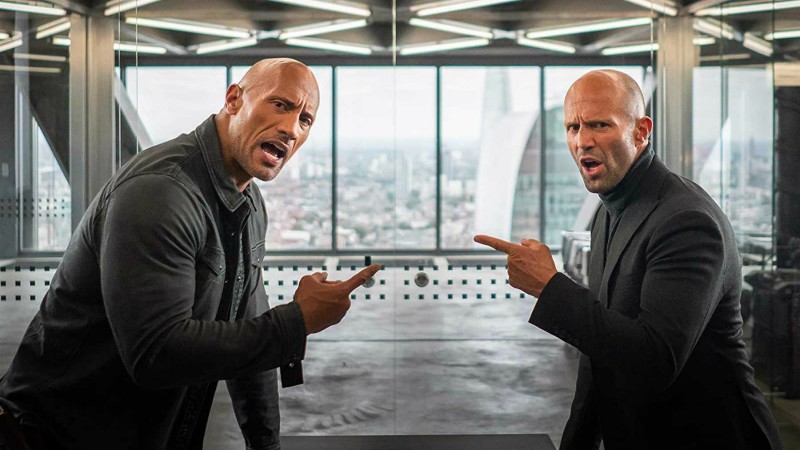 However, the same cannot be said of Jason Statham, whose tough guy shtick never quite lands. He has developed this strained, unnatural mid-Atlantic cockney accent that mangles almost every line he’s given. Again, though, he may find new facets as a performer should he land the right role in the right film. Even less interesting is Vanessa Kirby, who seems to have wandered off the set of Mission: Impossible – Fallout (Christopher McQuarrie, 2018) and onto the Universal lot for Hobbs & Shaw, only this time her character is even flatter (but much less annoying). There’s also Idris Elba, who coasts along as the hackneyed, megalomaniac stock character Brixton Lore.

Ultimately, neither Johnson nor Statham fill the action hero void. They’ve seen success in both franchises and star vehicles, yet they don’t have a single iconic performance between them. They don’t have the insouciance of Clint Eastwood, the absurdity of Arnold Schwarzenegger, or the gruff, everyman appeal of Bruce Willis. However, this may speak to the state of the action film rather than their personal capabilities. After all, both the action film and the summer blockbuster has – with some exceptions – been diluted to family-friendly fare; 12A fodder with swear word quotas, weightless action and all manner of high-tech nonsense. We can’t expect another Harry Callahan, T-800 (Terminator) or John McClane in this infantilised milieu. 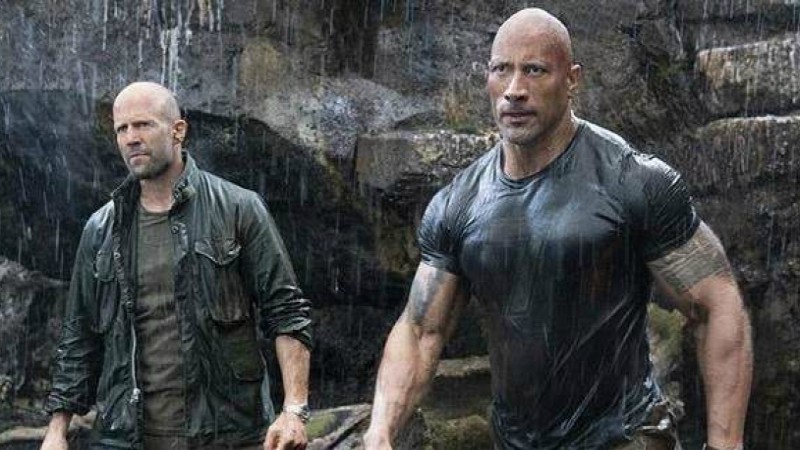 Contemporary action’s most egregious trend is, of course, the cut-heavy, shaky-cam aesthetic popularised by the Bourne and Taken films. 2014’s John Wick – which was co-directed by Hobbs & Shaw helmer David Leitch, alongside Chad Stahelski – signalled a mainstream pushback against this hideous style of filmmaking, yet Leitch could have done a lot more in Hobbs & Shaw to promulgate John Wick’s emphasis on fluid camera work and genuine physicality. The combat is definitely high-impact, but too much of this impact is derived from quick cuts rather than Johnson and Statham’s physicality – which they doubtlessly possess.

The action sequences are at their best when Hobbs & Shaw are running, jumping and driving – not fighting. An early moment when Hobbs abseils down the Leadenhall Building, for example, is so ridiculously elaborate that you can’t help but enjoy the ride. Then there’s the climactic chase involving four or five massively powerful deuce coupes and a military helicopter, which also sucks you into its boyish fantasyland. Everything in-between though – the combat, the characters, the narrative – is decidedly middling.

Fast and Furious: Hobbs & Shaw is in cinemas Thursday, August 1st. On VoD in April.