"Thoroughly sanitised movie"
Cold and soulless: this blend of thriller and dark comedy starring a lethargic Liam Neeson has very little to offer other than the occasional Colorado wintry landscape - in cinemas Friday, March 22nd

We are not anti-Hollywood at DMovies. While we often shy away from the more formulaic mainstream cinema, we also do not discriminate against it. We like to unearth the dirt wherever it might be, whether it’s a very avant-garde and experimental movie or a Disney blockbuster. That’s why I went to see the UK premiere of Cold Pursuit last night. A Hollywood action movie can be thought-provoking and subversive, too (here’s a fine example). So I attended the posh Leicester Square premiere with an open heart. I left feeling bored and cold.

Having an open heart makes no difference to the viewerwhen the director fails to put his very own heart into the film. Cold Pursuit is a thriller/ dark comedy starring Liam Neeson. It has plenty of snow and action (like it says on the tin), but that’s about it. It works neither as an adrenaline-inducing action flick nor as a comedy. Vodka shots were served prior to the screening in an attempt to get the public laughing out loud and interacting with film. It’s as if the publicists were saying: “this is not a movie to be taken seriously, but you will enjoy it once you’re pissed”. The heady mixture of alcohol and trite cinema just made me sleepy instead. I struggled to keep my eyes open throughout the 118-minute movie. A few odd people in the audience were laughing out loud, but it probably wasn’t as lively and boisterous as the filmmaker hoped for. 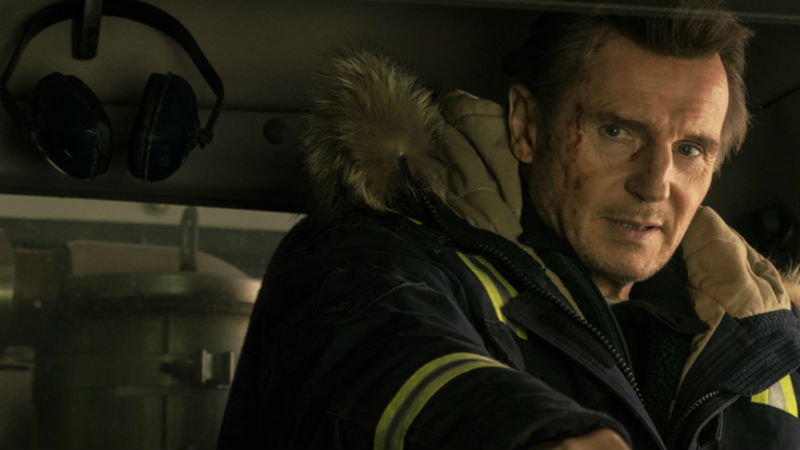 A comatose Liam Neeson plays Nels Coxman, a snowplough driver seeking revenge for this teenager son Kyle who died under mysterious circumstances. At the morgue, he’s informed that Kyle died of a heroin overdose. He wants to savage his son’s reputation. He was no “druggie” and “junkie”, he claims (suggesting that all people who are addicted to drugs are lowlifes not worth fighting for). His search for the truth quickly descends into a violent quest for revenge. He has to confront a drug lord named Viking and his extravagantly named henchman. There’s also a rival drug lord who gets involved in the highly convoluted plot.

This is a tale of vigilantism. And Liam Neeson is no stranger to tales of vigilantism, with Pierre Morel’s Taken (2008) already under his belt. Once again, he’s a courageous father dragged out of a mundane existence in order to make justice with his own hands for his son (daughter in the case of Taken). The actor himself is no stranger to vigilantism in his very real life. This week he claimed, in relation to a friend’s alleged rape: “I’m ashamed to say that, and I did it for maybe a week – hoping some ‘black bastard’ would come out of a pub and have a go at me about something, you know? So that I could kill him”. I find it very concerning when reality emulates the worst that fiction has to offer. Vigilantism belongs nowhere in a modern and civilised society. A country already grappling with gun control and mass shooting has very little to benefit from a film such as this. 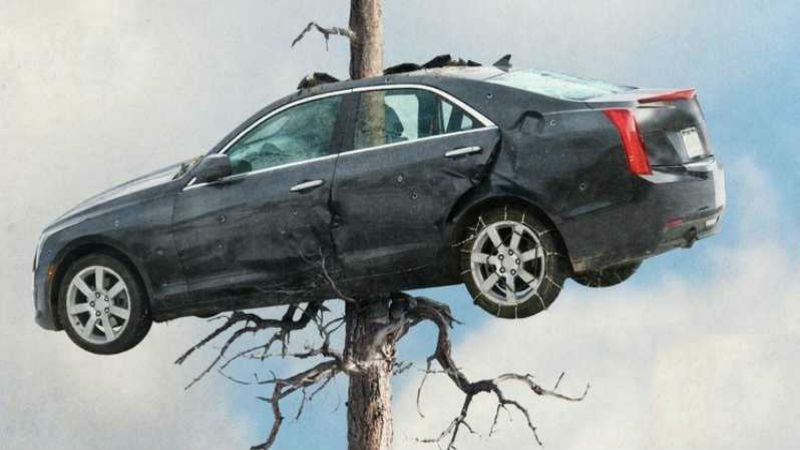 Cold Pursuit is divided into 13 incoherent chapters. Nels seeks to kill each henchmen individually, in the most gruesome and inhumane ways. Each chapter is named after after one individual henchman. In the end of the film, the credits roll in order of “disappearance”. Such banal and short-sighted celebration of violence is toxic and reprehensible. There is no subtlety. There is no wit. This is not Kill Bill (Quentin Tarantino, 2003), where the lust for revenge and the film breakdown into chapters are supported by a robust narrative and character development. Nels’s character development, on the other hand, is extremely shabby. It consists basically of continuously murdering people. We learn nothing about the relationship with his son.

At least one element of Cold Pursuit is impressive. The landscape in the fictional town of Kehoe is truly breathtaking. Denver’s wintry city scape is seen repeated time throughout the film, and it’s truly magnificent. The type of winter lanscape you will never see in the UK

Cold Pursuit is out in cinemas across the UK on Friday, February 22nd. On to avoid. If you have a bottle of vodka and are seeking entertainment, meet up with your friends instead.

The hero from Unbreakable and the villain from Split are captured and incarcerated in a maximum security psychiatric facility, and the outcome isn't pretty - in cinemas from Friday, January 18th [Read More...]