Once Upon a Time in London

"Mostly clean movie"
British gangster movie has historical depth, but it's ultimately watered down by down by a run-of-the-mill script and countless cliches - on Netflix from January 11th

Charting the fates of two very different criminals from the late 30s to the early 60s, Once Upon a Time in London transports the thirties’ Chicago gangster tale to the East End. A quintessentially British tale stacked with the usual assortment of English geezers, which also brings a unique historical depth to an otherwise well-worn genre.

It all kicks off in 1936 at the infamous Battle of Cable Street, a street-fight between anti-fascists — including communists, Jews and Irish dockers — and Blackshirts, led by Oswald Mosley. The leader on the Jewish side (although history suggests he wasn’t actually there) is notorious gangster Jack Comer (Terry Stone). He is so influential in the East End that he successfully wins the fight, forcing Mosley to retire his troops. Meanwhile, Billy Hill (Leo Gregory) is just getting started: a cocky young upstart, he robs the same jewellery shop twice in one week just for fun. 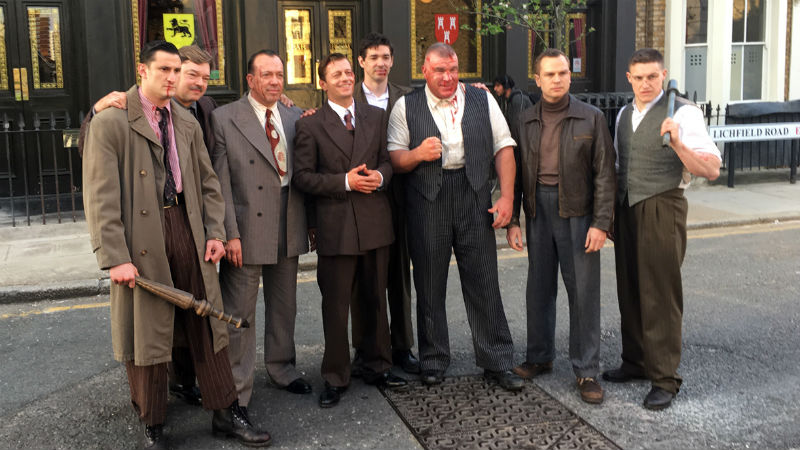 He owes money to the Whites, who are in opposition to the Italian Sabinis. But when the Sabinis are detained due to the government’s wartime policy, a power vacuum quickly opens up, leading Comer to take control of the underworld. Hill, currently in jail, senses an opportunity, and sends Comer a letter asking for work. Of course, Hill isn’t really looking for employment, but a way to worm his way to the very top.

The result is a predictable albeit entertaining romp through various gangster clichés that is too complicated for its own good. Not content to merely depict one or two rivalries, it shows us several, rushing through the years at a breakneck pace. Given that it is only 110 minutes long, the film feels overstuffed, never giving us time to breathe. Characters die suddenly, often off-screen, go to jail and back within five minutes, and get beaten up only to have their revenge moments later. It would’ve done far better to either extend the runtime — giving us the Leone-esque epic the title deserves — or start in the fifties at the heat of the two men’s rivalry. Instead we get a solid hour and a half of laborious place-setting before a quick half hour resolution.

Additionally, the production design feels strained, dampening the character’s personalities instead of bringing them to life. While even the worst modern ‘geezer’ pictures can be guiltily pleasurable thanks to contemporary soundtracks and shameless depictions of excess, the historical context of Once Upon A Time In London sanitises the worst of it, making it feel all rather stale. The ways in which government policy and organised crime intersected during the war, or the media promoted criminals such as Hill to the top of pile, is truly fascinating, but this isn’t explored with much depth. 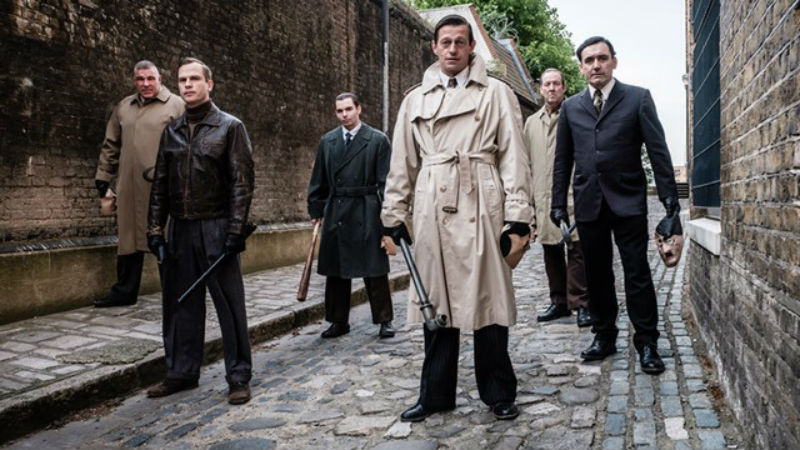 We come to these films for their violence and what it says about man’s worst tendencies. Once Upon A Time in London contains many such violent moments — including one man’s face being used for a dartboard — but they never manage to land with any real force. Director Simon Rumley has the tendency to score the most brutal of beatings with music from the time, cutting out the sounds of blows entirely. This is symptomatic of the film as a whole: which rarely pulls a punch.

While the acting is serviceable (with Stone standing out as a ruthless crime baron) they are ultimately let down by a run-of-the-mill script, subpar direction and endless diversions. Although containing some fascinating ideas, and a side to British criminal history that is under-portrayed compared to the Swinging Sixties and Cocaine Eighties, Once Upon A Time In London barely compares to Once Upon a The Time in The Midlands (Shane Meadows, 2002).

Once Upon a Time in London is out in cinemas across the UK on Friday, April 19th. On Netflix from January 11th, 2020.

Directorial debut by iconic Black British actor deals with criminality in Jamaica, Windrush and a very groovy Hackney in the 1970s and 1980s - now available on VoD [Read More...]