"Mostly clean movie"
Hatton Garden heist is the subject of crime film starring Michael Caine; just like in the infamous burglary, the outcome is only partly successful - on VoD on Monday, January 14th, and then on DVD and BD on Monday, January 21st.

The Brits love a majesty. It could be a ruling monarch, a thespian or even a thief. Or a combination of any of the three. King of Thieves tells the real story of the infamous Hatton Garden heist, an incredibly audacious and unusual burglary that took place in 2015 in the heart of London. The “king” in the film title refers to 77-year-old gang leader Brian Reader, a cold and calculating crook. By extension, it also refers to the actor delivering the role: 86-year-old Sir Michael Caine.

The Hatton Garden Safe Deposit burglary confounded and perplexed Britain for many reasons when it took place just three ago. Firstly, because of the sheer amount of money taken: the goods stolen – mostly diamonds, gold, jewelry and cash – may have had a value of up to £200 million. Secondly, because London is the surveillance capital of the world, and few would believe that such crime could take place under the purview of the umpteen CCTV cameras on every corner and corridor of nearly every street and building in town. Thirdly and perhaps most significantly, the crime was carried out by a geriatric gang where the minimum age was 57 (except for one member, as man in his 30s known as Basil). 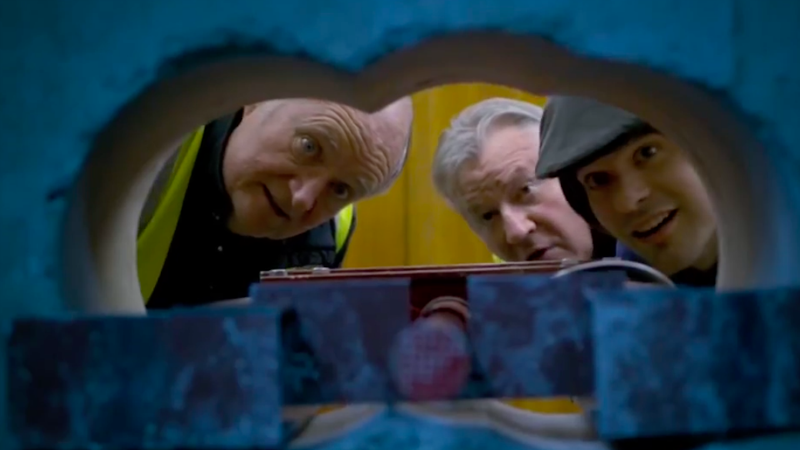 King of Thieves is a romanticised reconstruction of the robbery. Not that all men are painted as kind and generous. Some of them – particularly Brian Reader – are portrayed as selfish and aggressive males mostly concerned about how they will splash the vast amounts of money they are about to rob. Others are painted as kind and affable, sweet old men who find a slightly unorthodox way of making ends meet. The film almost seems to suggest that their actions are justified by the financial crisis. Plus, the whole ordeal is painted as exciting and adrenaline-inducing. Like a football match. To boot, Reader is so smug and confident that he seems to bask in the attention he gets for being a grey-haired bandit. This is a film that celebrates recklessness at old age, instead of challenging it.

In addition to the adrenaline, King of Thieves is intoxicated with a further hormone: testosterone. This is a lad’s film in almost every conceivable: the parlance, the jokes, the ambitions, the inhibitions. Overall, it wouldn’t perform very well on the Bechdel test! That’s not necessarily a bad thing, but does render the narrative a little Manneristic and tedious.

The humour isn’t entirely effective, either. The old-age jokes are mostly predictable (farting, incontinence, insulin injections, useless testicles), there are a few slapstick elements (particularly as the clumsy old men attempt to operate the heavy machinery required for the heist). Despite the obvious comparisons, King of Thieves is nothing like the Ealing comedy The Lavender Hill Mob (Charles Crichton, 1951). Not just because of the age of the criminals, but primarily because it isn’t as funny. 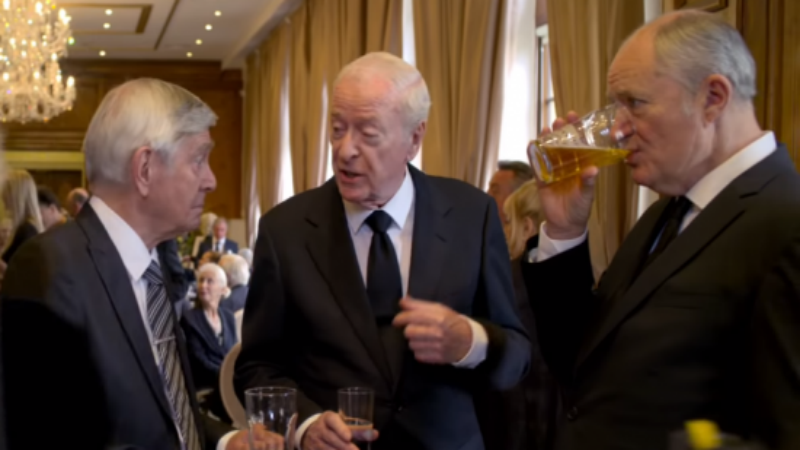 Also, there is virtually no room for character development. We hardly learn about the background and the motives of the elderly criminals. Instead the narrative focuses almost exclusively on the nuts and bolts of the actual crime and its aftermath (the police investigations).

Michael Caine is very comfortable in the skin of an arrogant and insensitive old man. His recent remarks about Brexit and criminality suggest that the actor has a certain disdain for the poor, and is entirely out-of-touch with the reality. He’s therefore a natural for the role.

The music is catchy and groovy enough. The score consists mostly of strings very much à la Pink Panther, in an attempt to make the entire predicament very elegant and cool. Plus there are a few indie and pop songs thrown in. And yet another majesty comes along, and this time it’s a “queen”. Shirley Bassey delivers the final note as it becomes increasingly clear that justice is inescapable. But which song is it? Diamonds are forever? Or maybe Goldfinger? I’m afraid you will have to watch the film for the answer!

King of Thieves is out in cinemas across the UK on Friday, September 14th. On VoD on Monday, January 14th (2019). On DVD and Blu-ray on Monday, January 21st. For a far more effective, humane and meaningful heist movie, watch American Animals (Bart Layton).