Morley’s latest film is both infuriating and enthralling in equal measure. Infuriating because its convoluted plot, firing off in several directions one after another, is often nigh on impossible to follow. Enthralling because while you never quite know where you are, it periodically throws at you utterly compelling little visual clues and sequences of images as teasers to suggest narrative or other possibilities.

Some viewers are going to hate this film and wonder why they wasted their money to see it. Others like myself, while not showering the film with unqualified praise, are going to want to revisit it several times and get more out of it each time they return. If you’ve got the patience and are prepared to dig on a first viewing and return later to dig some more, there’s a lot waiting to be unearthed here.

After a brief introductory sequence in which astronomer Jennifer Rockwell (Mamie Gummer) talks to a small audience outside an observatory about the stars and our place in the universe, she becomes the subject of a homicide case. But who pulled the trigger and blew her face off? 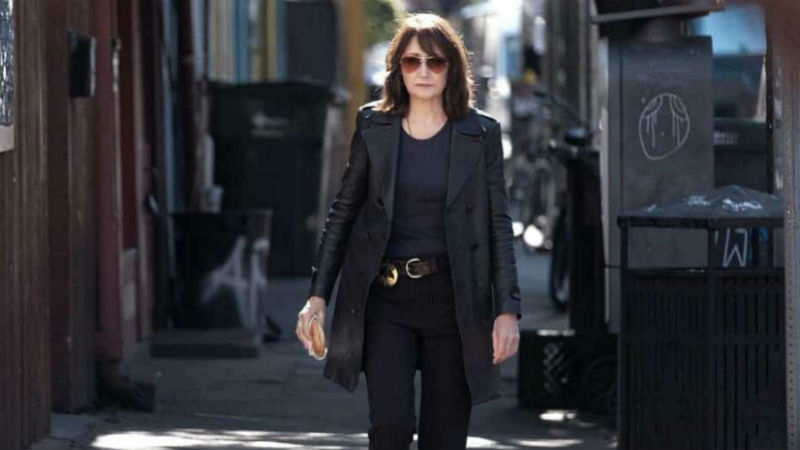 Finding herself in charge of the investigation, Police Detective Mike Hoolihan (Patricia Clarkson) examines the crime scene. Rainfall has interfered with it through the opened telescope slit in the domed roof. She notes such objects as a gun, a sock, a high heeled shoe and a jar of skin cream. She is approached by and surprisingly quickly falls in with TV news reporter Stella Honey (Devyn Tyler) who appears at unexpected moments and disappears equally unexpectedly.

The two immediate murder suspects are Jennifer’s boss Dr. Ian Strammi (Toby Jones) – it was his gun and he covered up the telescope but didn’t close the roof – and her boyfriend Duncan Reynolds (Jonathan Majors) – it was his sock. Reynolds’ alibi was that he rushed home after lovemaking to work on an all-consuming academic theory, Strammi’s that he spent all night with a female student discussing Schrödinger’s Cat. Hoolihan’s boss Lieutentant Janey McBride (Yolanda Ross) and colleague Tony Silvero (Aaron Tveit) have different ideas, including the latter’s belief that the perpetrator is the .38 Calibre Killer who hasn’t killed since the 1980s.

Something doesn’t feel quite right to Hoolihan, though, so she turns her attention outwards to the victim’s family – war hero father Colonel Tom (James Caan), mother Miriam (Jacki Weaver) and their twin sons.

The plot may or may not be clearer in Martin Amis’ novel Night Train from which Morley’s script is adapted, although she’s apparently removed and added quite a lot of material. The New Orleans setting allows for a commendably interracial cast and a clutch of striking performances. Chief among these is Clarkson’s detective, trying to just get on and do her job even as elements from the case on which she’s working resonate with half-remembered memory fragments from her own past. Or perhaps they’re prophetic images from her future. 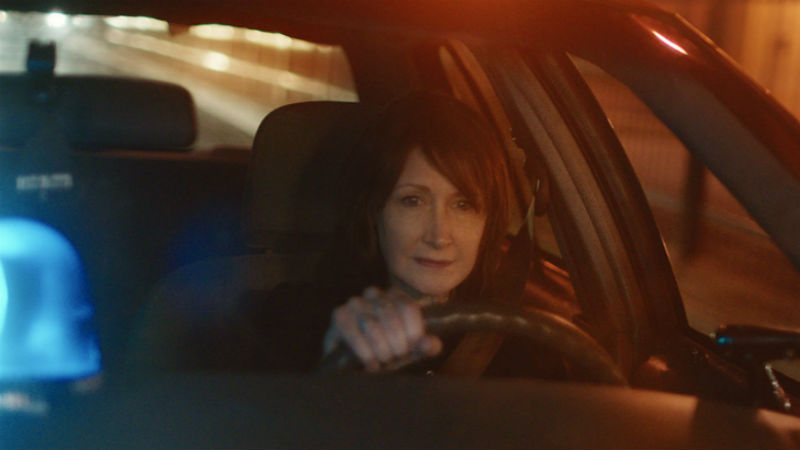 Morley tantalisingly baffles and dazzles us with repeating images: a red scarf blowing in the wind of an electric fan, blue necklace baubles dropping onto and bouncing on a floor. The piece ends as it begins with images of the stars in the sky above the city.

All this proceeds in a kaleidoscopic manner focusing on a character here and a bunch of images there until a point towards the end where one of the images furnishes a key clue as to what all this is about and the solution is abruptly revealed in a curt couple of lines of dialogue that could have been thrown in at any earlier point in the proceedings.

As far as Morley’s concerned, the plot doesn’t seem to be what really matters. Her interest lies elsewhere – trauma, memory, repression. Our past affecting our present. Some intensely personal events have influenced Morley’s directing: her father committed suicide when she was eleven and according to the press blurb there were characters and situations in Amis’ novel that she immediately recognised as from her past. If the film doesn’t work so well as a straightforward genre exercise, those viewers with the patience to let it speak to them on its own terms over multiple viewings will find it rich in meaning indeed.

Out Of Blue is out in the UK on Friday, March 29th. Before then, it screens in the Glasgow Film Festival on Wednesday and Thursday, February 27th and 28th. On VoD (BFI Player and other platforms) on Monday, October 21st.