"Dirty gem"
Britannia’s psyche goes under! Another film maps out the real life story of Donald Crowhurst, who left home the heroic underdog on a competitive round-the-world boat race and never came back - now also available on VoD

So you’ve seen The Mercy (James Marsh, 2018) – or perhaps after reading our three star review you passed. And now, a few weeks later, timed likewise to coincide with the fiftieth anniversary of 1968’s Sunday Times Golden Globe round the world boat race, along comes Crowhurst, a second telling of the same historical episode. Should you bother with Crowhurst? The answer, whether or not you saw its higher-profile rival, is most emphatically yes. 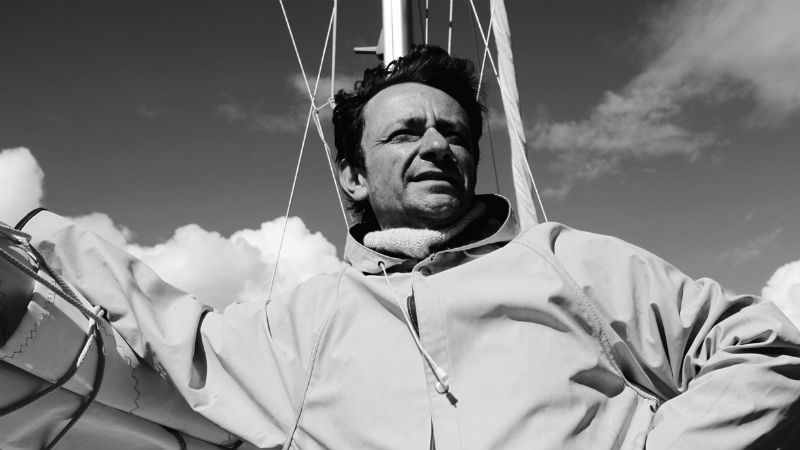 It’s such a great story – British underdog and amateur sailor Donald Crowhurst enters the race hoping to win the prize money which will extricate him and his business from severe financial difficulty. He signs a deal with a backer that will destroy him if he doesn’t win. As competitors drop out, it looks as if he’ll make the fastest time. But his voyage is based on deceit – he’s not circumnavigated the world at all and his logbooks won’t stand the scrutiny a winner would receive. His boat turns up without him on board somewhere off the Cayman Islands. His diaries are there – but Crowhurst has disappeared, never to be seen again.

The other was the medium-sized feature with big-name stars and expansive locations. Rumley’s version – like its eponymous hero played with pluck by Justin Salinger – is the low budget outsider entry competing against impossible odds. Crowhurst comes with unfamiliar actors and is shot on land in England and at sea in the Bristol Channel doubling for vaster, international waters. (In something of a coup, the scenes in Crowhurst’s family home are shot in the real-life Crowhurst family home.) With that low price tag comes artistic freedom. No quarter is given to marketing demographics. Rumley goes for his own idiosyncratic take on events. His film is all the better for it. 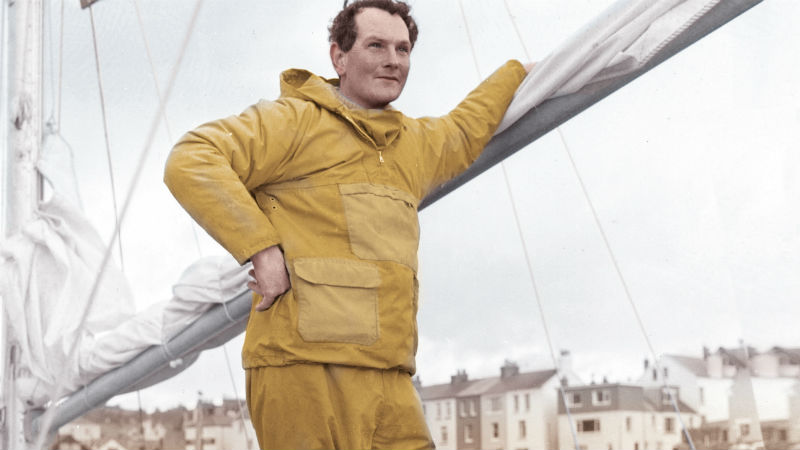 Lacking the budget for exotic seascape locations, Rumley zeroes in on the inside of his protagonist’s head as impossible events conspire against Donald and he begins to fall apart. He imagines a live fish out of water trying to survive inside his cabin, on one occasion making a racket trapped inside his first aid box. There is ultimately no way out and with each closing loophole the images become increasingly fragmented and the photography more and more bleached.

Intermittent broadcast TV scenarios explain how one at a time his rivals are dropping out of the race, but they seem very distant and Crowhurst is about the trapped Donald, not them. So too with the other major players – wife Clare (Amy Laughton) and four kids, overbearing and grotesque press agent Rodney Hallworth (Christopher Hale), shrewd backer Stanley Best (Glyn Dilley) whose watertight contract Donald signed. All seem distant, as if in a dream. Or a nightmare. From which Crowhurst will never wake. 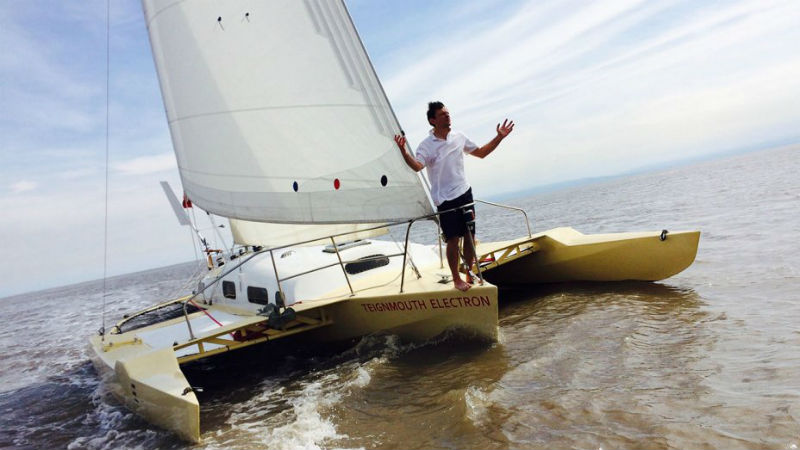 As the wide-open sea gives way to close in on the cabin, Donald’s surroundings become increasingly claustrophobic. He believes himself transcendent in his delusion. He becomes convinced he can control everything. A scribbling biro gouges a hole in a map. Eventually, he utters the last words from his diary: “It is finished. It is finished. It is… The Mercy.” In the film of that name, those lines seem vague, lost. In Crowhurst, they represent the full blown end of an irrevocable descent into madness and, by implication, death.

Threaded through this terrible downward trajectory are songs familiar to every Englishman or woman: Land Of Hope And Glory, Silent Night, God Save The Queen. It elicits subliminal nationalist, Christian and monarchist songs delivered as dirges, widespread inculcated beliefs reduced to superficial nursery rhymes; an entire national psyche rendered redundant. These days, the world has moved on.

Crowhurst is out in the UK in March. Out on VoD in October.