Follow David Hare – recently described as “the premiere political dramatist writing in English” by the Washington Post – as he travels Israel and Palestine in order to assess the impact of the wall separating the two countries on both peoples. The film is mostly in black and white, combining distinctive handcraft with advanced animation tools and 3D motion-capture footage. The outcome is a realistic feel, not dissimilar to rotoscopic animation. The images are raw and bleak with the very occasional splash of colouring – much like the existence of the Palestinians.

Wall never shies away from political indictment. While listening to both sides of the story, it remains unequivocally critical of Israel’s aggressive stance towards the people who could be their “potential best friends” (here I quote Hannah Arendt, who’s not mentioned in the film). Wall reveals that the International Court of Justice in The Hague ruled 14 votes to 2 on July 9th 2004 that the wall is contrary to international law. They demand that Israel seizes construction, dismantles what has already been erected and makes reparation for the damage inflicted. Israel opted to ignore the ruling, in a sheer violation of international law. 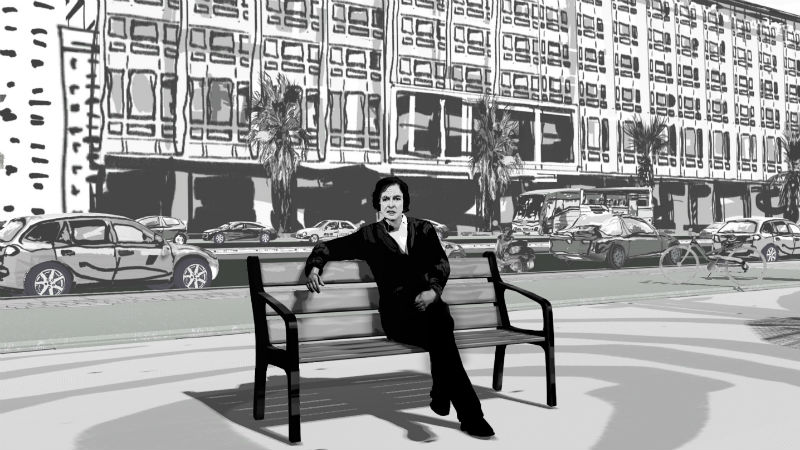 Israeli people are becoming increasingly anxious and therefore aggressive towards Palestine, we are told. A recent poll showed that 84% of Israelis are in favour of the wall. It has an extension of 486 miles, in a combination of razor coil, electronic fences, watchtowers, ditches, concrete slabs, control roads and checkpoints. It comes at a price tag of U$4 billion. Israelis use the euphemistic “separation fence” in order to refer to the illegal construction, while Palestinians describe it as the “the racial segregation wall”. An Israeli puts it succinctly: “80% of terrorist attacks against Israeli have been stopped. Am I not meant to be pleased about that?”

Professor Sari Nuseibeh of the Al-Quds University of Jerusalem has the best analogy to describe the relation between controversial wall and Palestinian violence: “if you put someone in a cage they will start screaming like any normal person would. Then you use their temper as a justification for putting them in the cage in the first place. The wall is the perfect crime because it creates the violence it was ostensibly created to prevent”.

Israelis use their own fears and anxieties in order to justify their aggressive behaviour. A man explains it: “Our country feels provisional. In the UK you make plans for trains and airports in 2038. We don’t. We look strong from outside, with army and nuclear weapons. But we feel weak and insecure inside”. Israelis became “addicted to occupation”, like a narcotic. They have become victims of their own anxiety, incapable of distinguishing between real dangers and ghost from the past. 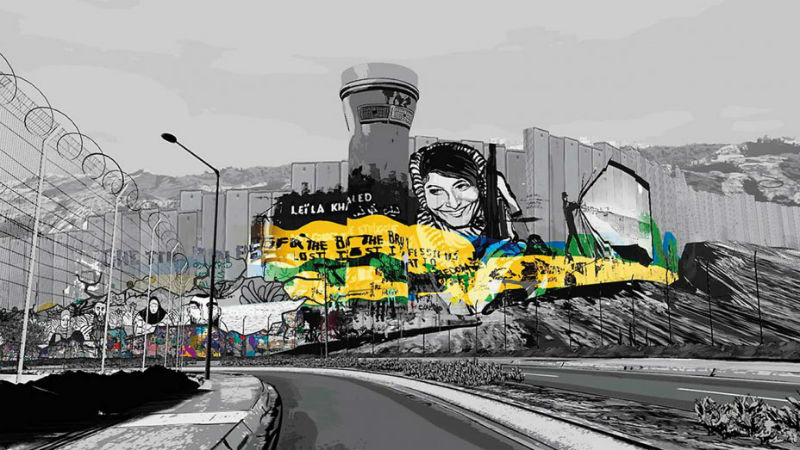 Beauty is also a central topic. “Jerusalem used to be beautiful. Now it isn’t. It used to take your breath away. Now it doesn’t. How could it ? There’s a bloody concrete wall around it”. The Israeli settlements look menacing and soulless. A real eyesore. They sit on top of the hills as if keeping guard over the Palestinians below. The Palestinian city of Nablus has 180,000 inhabitants surrounded by nine Israeli checkpoints, 14 Jewish settlements and 26 settlement outposts (which are illegal even under Israeli law). Nablus used to be the commercial heart of Palestine. Now it’s just “the capital of poverty”.

The final five minutes of this film – when the graffiti sprayed on the titular wall acquires colour and movement – are genuinely breathtaking. Banksy’s iconic Girl with Balloons takes off heading towards the sky. A real explosion of images. A real explosion of feelings. Pure catharsis. A fresh reminder of how liberating art can be, particularly when several media are combined: graffiti, animation and documentary-making.

Wall shows for at the BFI Southbank on Wednesday, February 27th. There will be a director’s Q&A event on theatrical opening on Friday, 1st March at Bertha DocHouse..