"Dirty gem"
Not just another colourful Christmas movie! Beautifully shot in grainy black and white, family drama explores the Aids epidemic and Christian values in Texas in the 1980s - in cinemas from Thursday, December 20th, and then on VoD on Monday, December 24th

Here’s a Christmas movie with a difference. It’s December 1985 and young New York ad agency man Adrian (Cory Michael Smith) flies home to Texas to see his family for the first time in several years. Tensions are immediately apparent between go-getter son and his blue-collar worker father Dale (Michael Chiklis) from the moment the latter picks him up from the airport. Once Adrian gets to the house, his devoted mother Eileen (Virginia Madsen) can’t stop fussing over him while his younger brother Andrew (Aidan Langford), in his early teens, is distant having never forgiven Adrian for leaving.

Each of the family members presents Adrian with a different challenge. Dad is horrified at his Christmas present of an expensive leather jacket while Adrian is slightly shocked to receive a brand new Bible. Mom encourages him to call up Carly (Jamie Chung), a girl with whom Adrian grew up who also left Texas and is likewise home for the holidays and who he hasn’t seen for years. Andrew quit the school football team for its drama society, which is giving him issues with the father who understands contact sports but doesn’t really get the arts. 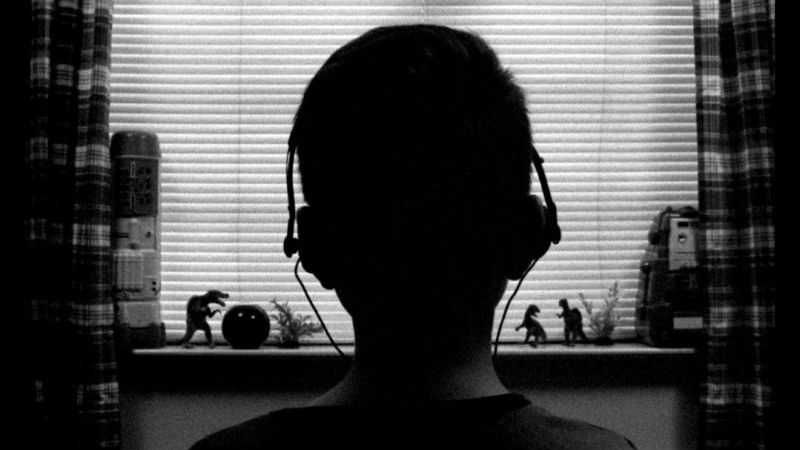 Underneath all of this is the presence of the local conservative Christian church, briefly heard as dad sits listening to sermons on a Christian radio station and seen as a worship service which the family attend in Sunday best where Adrian struggles to sing the words of hymns which make him uneasy. Elsewhere, Adrian has an embarrassing encounter with former high school jock turned supermarket manager Mark (Ryan Piers Williams) who has become a Christian and apologises for his past treatment of Adrian, although the two clearly have nothing in common.

Adrian learns from Andrew that his younger brother’s Madonna music cassettes and Bryan Adams poster have been taken off him because the local pastor deems them ungodly. When Andrew discovers that his brother saw Madonna on tour, he suddenly has a new-found respect for him. As a covert Christmas present, Adrian gives him a $100 voucher for the local Sound Warehouse to replenish his audio cassette collection, admonishing Andrew to keep his purchases hidden.

Contacting Carly, Adrian is invited to see her do an impressive improv stand-up gig where she expresses “all the shit you daredn’t say in real life”. Following some time at a dance club, they go back to hers which ends badly when she comes on strong to him but he isn’t really interested. As he tells her, “I’ve had a shitty year.” 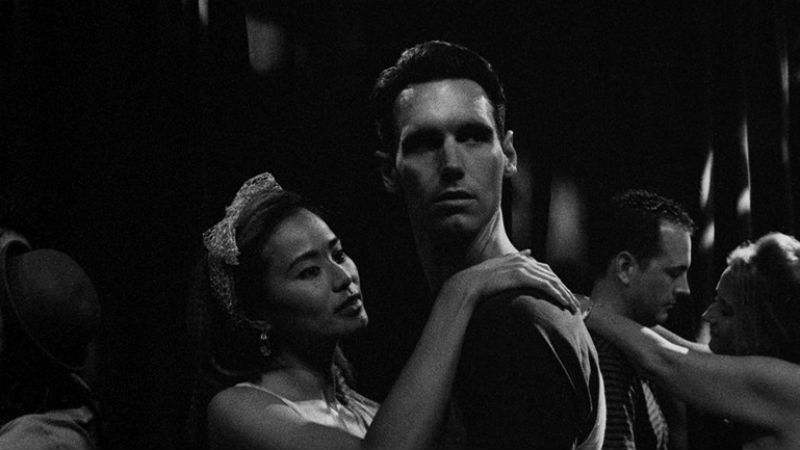 Shot in aesthetically pleasing black and white by Ten’s cameraman and co-screenwriter Hutch, this boasts a strong script with deftly sketched characters and is beautifully cast and acted to boot. It completely understands its chosen time period of the mid-eighties, a time of LP records and portable music cassette players, before mobile phones and the internet existed. The film grasps very profound topics: the pain of the gay community being decimated by the AIDS virus in urban locations like New York and the deficiencies of Bible Belt Protestant fundamentalism in its inability to comfort those feeling that pain. And it grasps them without judgement of one side or another.

This is full of genuinely touching moments. Via an overheard conversation in another room, Adrian hears his mother tell his father he really ought to wear that leather jacket to work. Carly’s stand-up routine details her heartfelt experiences of racism as a Korean-American. And in a frank conversation with his mother, Adrian learns that she… well, you’ll have to see the film to find out.

Most people have experienced the joys and heartaches of spending time with their families at Christmas. While 1985 is set in the Christmas of that year, and some of its issues are specific to that date and time, there’s also much here that relates to wider human issues of family, how children deal with parents and siblings, how parents deal with children and how, sometimes, with the best intentions, that can all go horribly wrong. And can then sometimes, somehow, tentatively, in small steps, be at least partly put right.

A petty criminal disguised as Santa Claus learns the true meaning of Christmas, in festive French comedy that never overstays its welcome - out on VoD on Monday, December 17th (with Walk This Way) [Read More...]

A meal laced with family feuds and sexual demons, West Hollywood transsexual prostitutes, Dantesque critters ready to devour Santa Claus, a hellish shopping spree and lots of violence - what else could you possibly wish for this Christmas? [Read More...]