"Greasy movie"
A petty criminal disguised as Santa Claus learns the true meaning of Christmas, in festive French comedy that never overstays its welcome - out on VoD on Monday, December 17th (with Walk This Way)

Nailing both the comic and sentimental sides of the festive farce, Le Père Noël is the perfect kind of holiday film to settle down to after a few mulled wines. Fun and tender in equal measure, it makes the most of its inspired conceit, cleverly pairing a career criminal with a young child slowly coming into contact with the cruel ways of the adult world.

Key to the film’s mischievous sense of misdirection is its opening, layering different children’s Christmas wishes on top of each other. It lulls us into a false sense of security, thinking that this will be a very run-of-the-mill Christmas tale. It centres around one boy in particular, Antoine (Victor Cabal), who writes that he wants a sleigh ride, and lies in bed patiently waiting for Father Christmas to arrive. 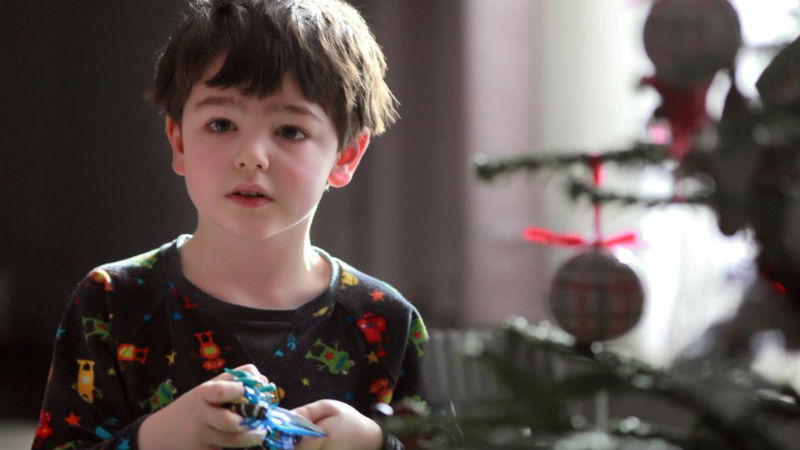 He is warmly wrapped up in bed, when, all of a sudden, he hears a bang on his balcony. As Antoine is still a very young boy, he believes that this man (Tahar Rahim) is the real Father Christmas himself. In reality, its just a cat burglar dressed in a costume, yanking us away from stereotypical tales of Christmas magic and into the gritty Paris underworld. Père Noël (we never learn his real name) makes it out of the flat in one piece, only to find that Antoine has followed him out of the apartment. There’s not much Noël can do to get rid of him; Antoine won’t stop until he gets his ride.

The rest of the film follows them on their hijinks journey, with Pere Noël finding more and more inventive ways to explain how his low-level life is exactly like that of Father Christmas (approaching a slum filled with drug addicts he explains that it’s his “French headquarters”). It works well as a festive comedy because it is, at heart, a warm-natured tale. The two of them have something crucial in common: Antoine’s father died when he was young while Pére Noël grew up moving between orphanages. 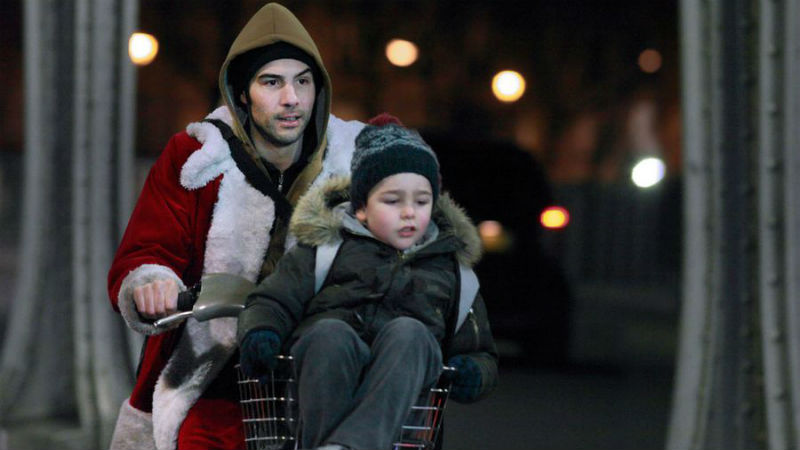 Pére Noël himself may be a crook but he still wouldn’t dare telling Antoine that Santa Claus isn’t real. Additionally, he has a pretty understandable motive; owing men more dangerous than him money. As a result, when Antoine follows him into the criminal underworld it doesn’t feel like the poor kid is being taken advantage of, rather that he is bonding with the father-figure that he never had. This gives the movie a certain sweetness that allows it to rise above mere genre fare.

Victor Cabal excels as the young boy, crucially playing him as a child and not a precocious foil to the immature petty thief. His pure innocence brings Noël’s journey into focus, letting him slowly come to terms with what his life has become and to make sure that Antoine doesn’t fall into the same self-defeating traps. It’s a simple Christmas message that easily could’ve felt a little pat. Yet, by focusing on character first and by bringing the best out of his two actors, Alexandre Coffre has concocted a delightful little study in contrasts.

Santa Claus (aka Le Père Noël) is available on VoD with Walk This Way on Monday, December 17th.

What if everyone was entitled to "free" money, regardless of work? Doc investigates the concept of Universal Basic Income, and the successful pilots across the globe - from Walk This Way VoD [Read More...]