"Greasy movie"
Ain't no mountain high enough? Extreme climber wants to become the first person to achieve an impressive feat, with very little concern for the possible consequences of his actions - now available on VoD

Free Soloing – referring to the act of mountain climbing without any rope or harness to protect you – is not for the faint of heart. The sport requires the inability to feel regular emotions such as fear, doubt or vertigo. Alex Honnold is no regular guy – while you’re finding it hard to get out of bed in the morning, he’s already climbed tens of thousands of feet.

He is hailed as one of the greatest rock climbers of his generation, but like so many thrill-seekers, he has his own personal Everest: Yosemite Park’s El Capitan wall. Spanning over 3,000 feet, topping it unaided has been the ultimate dream for every Big Wall climber. Yet due to its daunting height and seemingly non-navigable terrain, no one has ever even dared. Free Solo details this obsessive climber as he leads up to and eventually attempts the perilous climb. 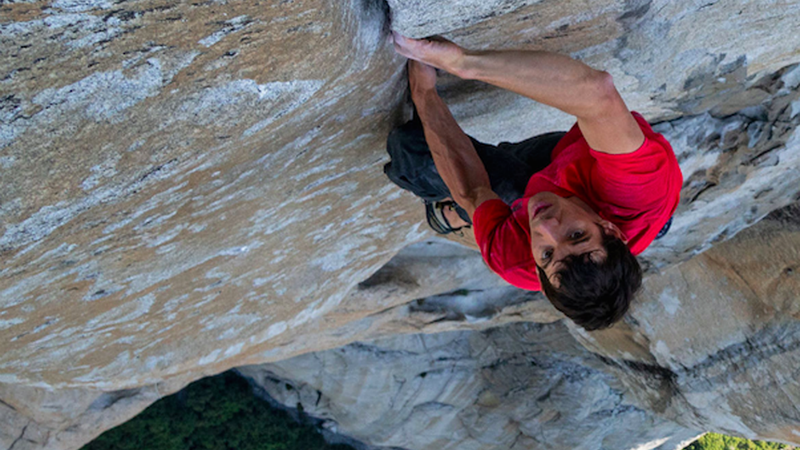 Free Solo meticulously details the obsessive level of preparation free soloers go through ahead of a big climb. They don’t simply attempt to scale something on the first go but methodically go through every pitch, indent and crack to make sure that the route is even possible. It’s all about the relentless pursuit of perfection. If only one step goes wrong, Alex will fall to his demise. It theorises that acting under pressure can bring out the best in people – after all, there’s nothing like the ever-constant threat of death to keep you motivated.

These life or death stakes give the film a strong moral dimension; not only for Alex, but for his film crew, who know that they could possibly be filming his last day on earth, and his girlfriend, Sanni, who constantly worries that he will choose climbing, and his eventual death, over her. But he is incredibly persistent, and will not stop until he has achieved his greatest ambition. For him death means nothing compared to the failure of not being able to climb this massive rock face. 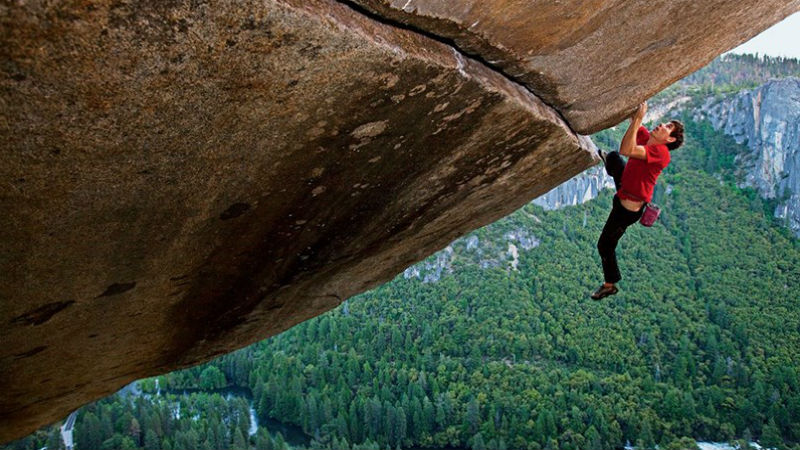 The entire film leads up to this climb, which makes for a highly nauseating watch. Like the first moon landing, no one knows if this incredible feat can even become a reality. This is the sequence that really sells the film, using a combination of climbing-cameraman and drone shots to really create a vertigo-inducing sense of perspective. It makes for a difficult yet awe-inspiring watch.

What motivates a man to do such a thing? It’s hard to tell. Although the film does dive into his childhood and his difficulties in connecting with his father, Free Solo is much more interested in Alex as a kind of one-track-minded superhero than as someone in pursuit of a very particular kind of folly. On the one hand, what he is doing is a magnificent feat of athletics, on the other its incredibly selfish to put your loved ones through the ringer in the pursuit of personal perfection. These psychological contradictions aren’t particularly teased out here, giving Alex the same kind of inscrutability as El Capitan itself. Now he has conquered the rock face, what is next for Alex Honnold? Perhaps his girlfriend has the even more difficult task of getting him to stop.

Free Solo is out in cinemas across the UK on Friday, December 14th. Out on Amazon Prime on Friday, March 1st. More VoD platforms to follow.

One thought on “Free Solo”