"Dirty gem"
Detailing the journey of 11 bikers taking the torch to the 2015 European Maccabi games in Berlin, sombre documentary lays bare the worst atrocity to ever occur in human history - now available on VoD

This is a special kind of road trip movie, using the biker genre to explore the legacy of the Holocaust. Back to Berlin illustrates the importance of bearing witness to these stories in order to make sure that they never happen again.

Taking us from Greece through Bulgaria, Hungary, Slovakia, Poland, the Czech Republic and Germany, Back to Berlin uses the road movie as a means to explore how responsibility for the Holocaust was not just limited to the Nazis. In fact, many European countries – some allied with the Nazis – participated in its atrocities. Romania, for example, killed nearly 400,000 Jews under the Antonescu regime, something the country, as explored in this year’s mesmerising I Do Not Care if We Go Down in History as Barbarians, still finds it difficult to acknowledge responsibility for. 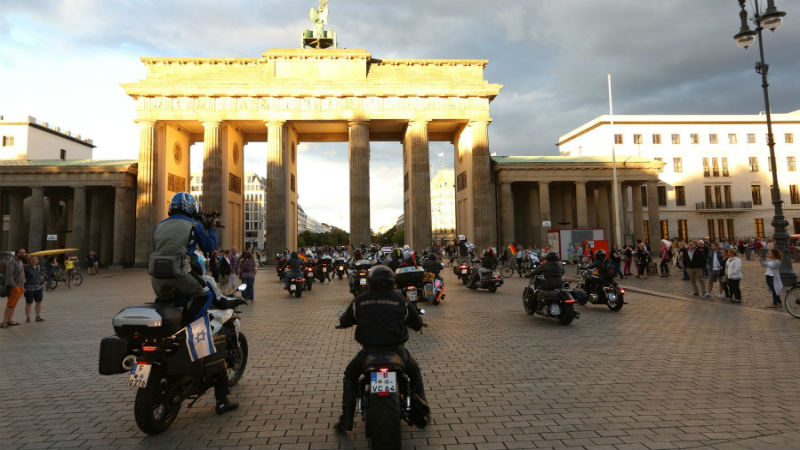 In contrast, we learn that Bulgaria attempted to ship Jews to Palestine and that the Orthodox church directly opposed deportations, saving countless lives. In the midst of horror, goodness still remains, provoking countless conversations about how important it is to try and do the right thing.

Nearly every person taking part in this journey is related to a Holocaust survivor, with the eldest member of the group an actual survivor of the atrocity, making it a deeply moving watch. Whether its the scorching trains in Thessaloniki, or the shoes lined up alongside the Danube in Hungary to commemorate those who were shot and dumped into the river – leaving the river red for many weeks – we both bare witness to these horrible spaces and see the reaction of those who are forced to really visualise it for what might be the first time. In the movie’s emotional high point, an eighty-something Holocaust survivor finally tells his survival story for the first time in his life, detailing how his mother pushed him off a death train and ensured his survival. This is far from an easy watch. 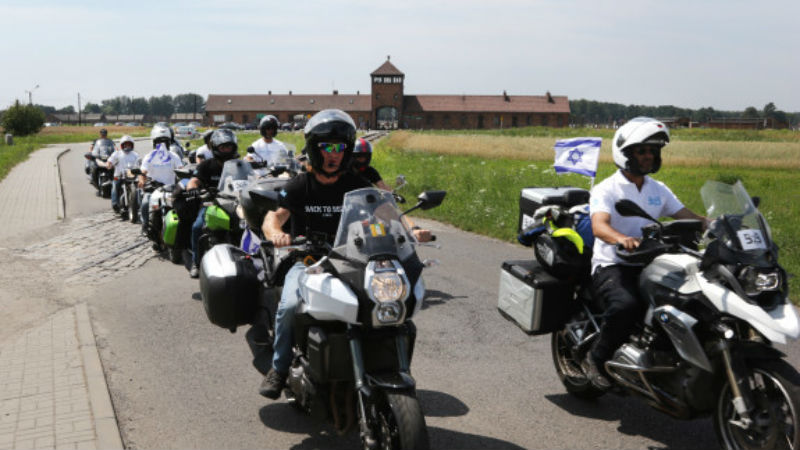 Anti-Semitism can often be thought as something that remains in the past, but Back to Berlin shows how it is still kicking today. For example, when planning for the journey through Greece much thought is given as to whether or not it is safe to display the Israeli flag. Even now Jews in Europe are loath to display their religion openly for fear of attack, and its not an uncommon site to see synagogues in Europe protected by armed guards. But it is not only Jews who have to be concerned about hatred and ‘othering’. Along the Hungarian-Serbian border the Israeli travellers meet hundreds of Syrian refugees who are separated by a barbed-wire fence. Evoking the concentration camps, it is a timely reminder of what can happen when we still look at our fellow man as less-deserving than us.

While the aesthetics of the documentary itself can be a little middle-of-the-road, with the usual stately voiceover, historical footage and talking heads, its content remains highly essential. At a time when anti-Semitism is rearing its head all across Europe – especially in Poland and Hungary – every single story still needs to be heard loud and clear. Back to Berlin is a welcome addition to the Holocaust canon.

Back to Berlin is in cinemas across the UK on Friday, November 23rd. On VoD Monday, August 12th.