"Greasy movie"
Climb ev'ry mountain! Take a vertiginous look at a range system that spreads across multiple nations and epitomises Europe like no other - out on VoD as part of the Walk This Way Collection on March 5th

Stretching across eight countries and home to over 14 million people, the Alps represents Europe at both its most quaint and its most terrifying. On the one hand, you have cows with bells and clog-wearing cheesemakers, on the other you have avalanches, rockfall and fatally cold temperatures. This combination makes it a great case study on how civilisation and nature live side-by-side, in the process coming to some kind of uneasy compromise.

Filmed exclusively on a cineflex camera attached to a helicopter, A Symphony of Summits: The Alps from Above takes a God-like view to the mountain range, taking us on a tour across every sight from France to Slovenia. Filmed all year round, encompassing both chic skiers and lederhosen-wearing biergarten drinkers, the film’s 90 minute runtime is a great advert for the region — a place with seemingly endless activities no matter the weather. This film seems perfect for Discovery Channel or Planet Earth lovers, combining wry and philosophical observations with stunning natural beauty. 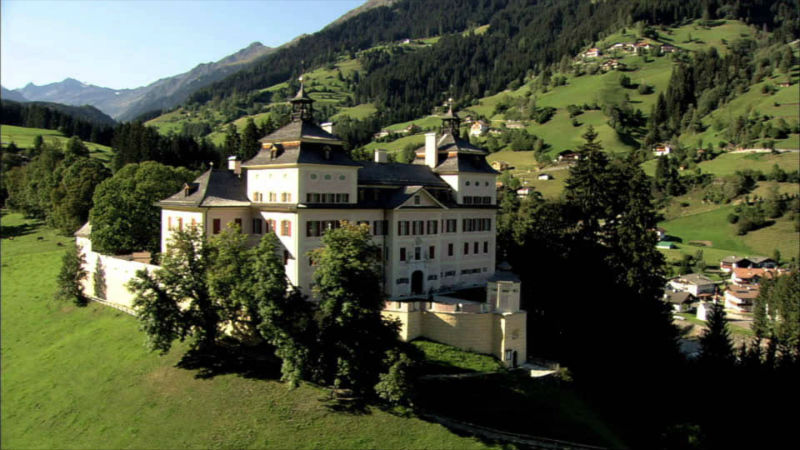 Narrated by Emily Clarke-Brandt, this is an interesting mixture of physical and sociological geography, with a little bit of history thrown in, too. We are told that the mountains were formed over millions of years due to the collision of tectonic plates, creating extremely high peaks such as Mont Blanc and the Matterhorn. Then we are told that a mummified man was found in 1991, believed to have been over 5,000 years old. It shows that we may have only started skiing in the alps in the past 150 years, but man has obviously been trying to set up shop there for a far longer time. Now man has seemingly conquered the mountains, the film displays just why it has become such a popular destination for tourists, taking in an annual 120 million visitors.

The number one reason is sports, something that is observed in thrilling detail. When viewed entirely from above, where people are seen as tiny compared to the vastness of the mountains, watching them engage in insane activities like off-piste skiing, dirt-biking, white water rafting, bungee jumping and mountain hiking feels even more reckless than it probably is. The flexibility of the camera means we can follow these people at their pace as they breathlessly weave through trees and rocks, trying not to fall over and crash off the side of the mountain. 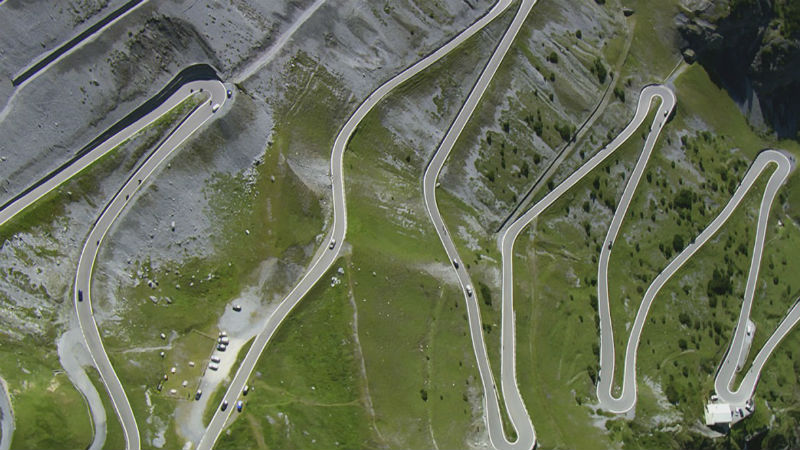 Nevertheless, the film doesn’t exist merely to thrill, but takes its time to inspire a certain sense of awe as well. If your favourite moment in The Lord of The Rings film series was when the Fellowship hike across the perilous Misty Mountains, filmed in gorgeous widescreen, then this is the perfect movie for you. Its notable that these stunning mountains are dotted with crosses — how could a person climb these perilous peaks and not be filled with some kind of divine power?

The narration could’ve been more engaged and poetic, really engaging the viewer in why this land is so fascinating. Part of me imagines the (metaphorical) pinnacles the movie could’ve reached if someone like Werner Herzog narrated – à la Encounters at the End of the World (2007). As it stands, its a decent primer into one of the most beautiful regions in the world, and a fascinating look at how mankind has tried to carve out a life for itself there.

A Symphony of Summits: the Alps from Above is part of the Walk This Way Collection 2018, and it’s out on major VoD platforms on March 8th. Click here in order to watch it now on iTunes.