What do we burn for? Is the question at the heart of Lee Chang Dong’s latest, an extended masterpiece that meditates on the transience of identity, voyeurism, and a changing South Korea. But the Hitchcock of it all, might come as a surprise.

Yoo Ah-in plays Lee, an aspiring writer who begins a fling with a Shin (Jeon Jong-seo), a girl he once bullied in high school. He soon moves out of Seoul and back to his father’s farm, where propaganda alerts from Pyongyang echo from across the border. In a nation that, Dong suggests, increasingly revolves around city life, his family duty has him tethered to a liminal Korean zone. 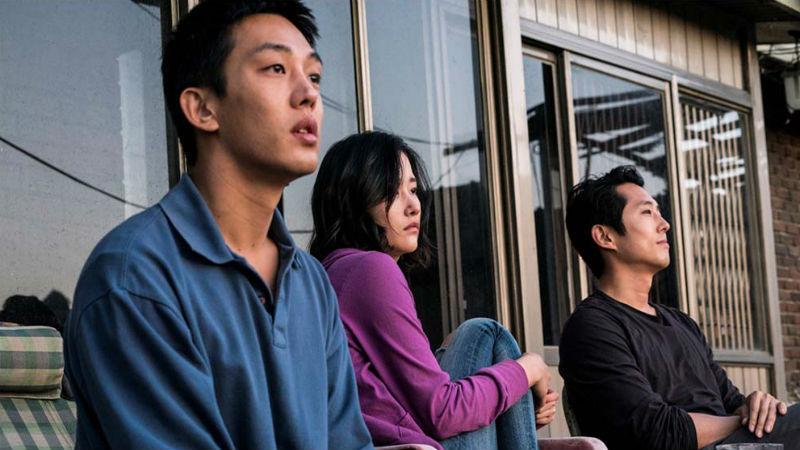 When Shin returns from a trip to Africa to awaken her ‘Great Hunger’, it’s with a new man in town, and that’s where Dong lights a stick of dynamite that takes two hours to go off. Soon we realise that Lee’s obsession with Shin has become irrevocably linked with her new squeeze, Ben, a wealthy yuppie who espouses Übermensch philosophy and cooks pasta while listening to Jazz (this is based on a Murakami story, after all).

For a long time, Burning resides in Shadow of A Doubt (Alfred Hitchcock, 1943) territory, as we contemplate Yuen’s guilt in a crime that may or may not have taken place. In fact, the “wrong man” theme is recurring in Hitchcock’s films.. Casting Steven Yeun (from the television series The Walking Dead) as a man who has seemingly rejected Eastern ideals in favour of a western-capitalist version of himself is a stroke of genius. The Korean-American actor gives a brilliant, balanced performance, playing him straight down the middle.

But then Burning veers into a detour that’s all Vertigo (Hitchcock, 1958), as Lee’s busted pick-up truck tails Ben’s sports car. It is one of the most breathtaking sequences of the year. When we think of the Hollywood directors that return again and again to Hitchcock, like De Palma or Verhoeven, they often take the technical bravado as a way of entering their characters’ psychology. Dong approaches that psychology straight on, through rigorous handheld camerawork that wouldn’t be out of place in more social realist dramas. But that’s how he sneaks this rising tension up on you. 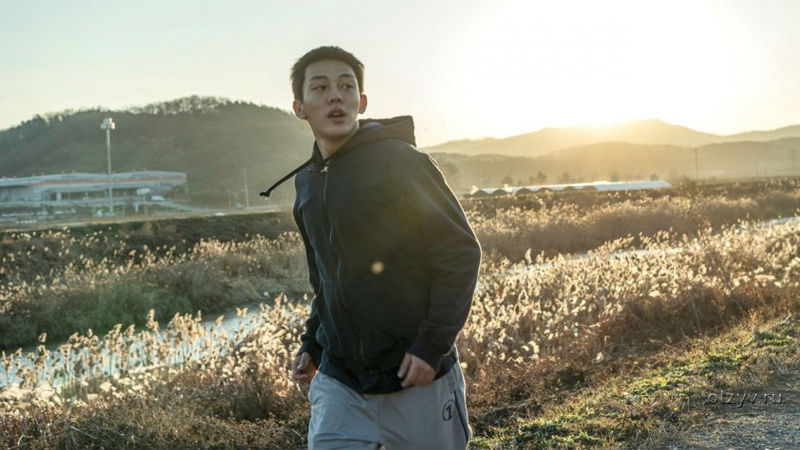 Burning doesn’t just explore his characters’ desires, it manages to make them stand in for a search for a new Korean identity. Small elements, like the way each character holds a cigarette, or the interrogatory looks that the trio share, almost seem to provide an answer. But then its gone.

This use of symbols might prove problematic, particularly in regards to Shin, who’s character mostly serves to drive the men on either side of her to further extremes, without much of an arc of her own. But equally, this seems to be the point. As she dissolves from the plot, we realise that this tussle of masculinity is about no-one but the self. It’s a primal fight over ego, knotted in 21st century anxiety. And by the time Dong has finished fanning the flames, each element has a remarkable, haunting clarity.

Burning showed as part of the 62nd BFI London Film Festival and also the Cambridge Film Fest, when this piece was originally written. It’s out in cinemas across the UK on Friday, February 1st. Available on VoD in June 2019.

Revisiting the Korean towering inferno: follow-up doc to Two Doors, has survivors of the Yongsan tragedy released from prison to tell their side of the story and grapple with the resulting emotional and psychological problems – from the London Korean Film Festival [Read More...]