Clearly, spicing the sex up with a little violence is a winner, so when one of her admirers encourages her to use a knife, while others egg her on and other still try to talk her out of it, Lola cuts her throat online. Then, after what seems like an eternity, she raises her neck to show that it was a special effect, a trick which wasn’t real at all, a fake reality. But it did the job and boosted her rating several points. Once she’s offline, it soon becomes clear that the fan who egged her on was in fact a mate and that the whole thing was a setup by Alice. 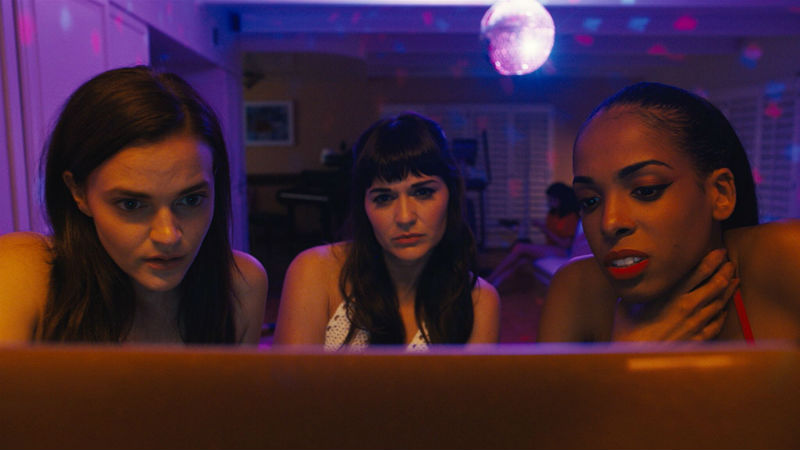 Competition for the top spot is fierce, however, and in a subsequent session Alice sees her ratings suddenly plummet when a rival offers to strip if people will abandon Lola for her. Worse is to come when she finds herself locked out of her own site where someone is performing new shows as if they were her broadcasting live as Lola. Her account has been hacked and the site’s hapless tech support prove unable or unwilling to fix the problem.

Conceived and written by real life erotic cam performer Isa Mazzei, Cam possesses a striking understanding of both online sex work and the technical machinations of the internet. The portrait of the self-employed, small town girl using sex work as a career which she can control herself (at least until everything goes unexpectedly off the rails) is convincing as is a further subplot wherein she’s forces to deal with one of her fans in real life Tinker (Patch Darragh) when she runs into him in the local supermarket. And the plot line about being hacked and having to deal with a less than helpful tech support line will ring true to many internet users. 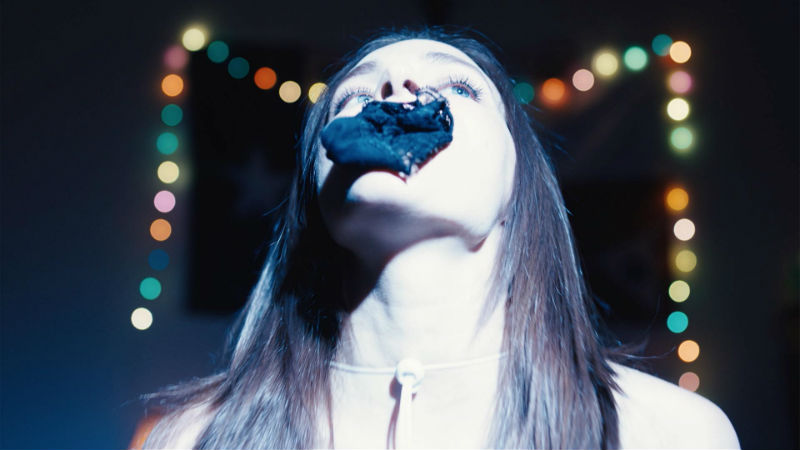 The conceit about a performer replacing the protagonist’s online persona with a clone she can’t control doesn’t quite make sense, with the only explanation a trashy and ill-thought out, generic horror plot device. Yet curiously, in terms of the insecurities of an artistic performer, the idea is spot-on and provided you can get past its narrative implausibility pays off in spades.

The film deftly juggles multiple elements: screens of activity within screens of activity, with internet chat pertinent to the plot going on at the same time elsewhere on the screen, all very impressive on a narrative and technical level. You might struggle with watching it on a small, low resolution screen but on a decent screen in a small cinema, it plays just fine.

Ultimately, this provides a glimpse into both a scarcely discussed commercial/erotic netherworld and the mind of one of its occupants/performers, with lots of smart observations about online communication to boot. A clever little movie, well worth 90-odd minutes of anyone’s time.