"Filthy genius movie"
Is this the Korean Grenfell Tower? Threatened eviction, SWAT, lethal building fire: compelling documentary about the Yongsan tragedy in which a police raid on a group of housing protesters went horribly wrong – from the London Korean Film Festival

The story of the Yongsan tragedy. Yongsan is an area of Central Seoul which had been the site of a US military base and the infrastructure such as bars and prostitution which had grown up around it. Once the US military decamped to another area, the developers hoped to move in and regenerate the area. For ‘regenerate’ read ‘gentrify’, a situation not entirely unfamiliar in parts of the UK at present. In Yongsan, when some tenants in one particular housing block refused to move out, activists seized on this and helped stage a protest.

Instead of listening to their grievances as the protesters would have hoped, the authorities surrounded the block with police whose presence only served to aggravate the protesters into throwing firebombs. The police subsequently stormed the building with intent to remove the protesters who barricaded themselves inside and whose last stand would take place in a lookout structure on the roof of the building. 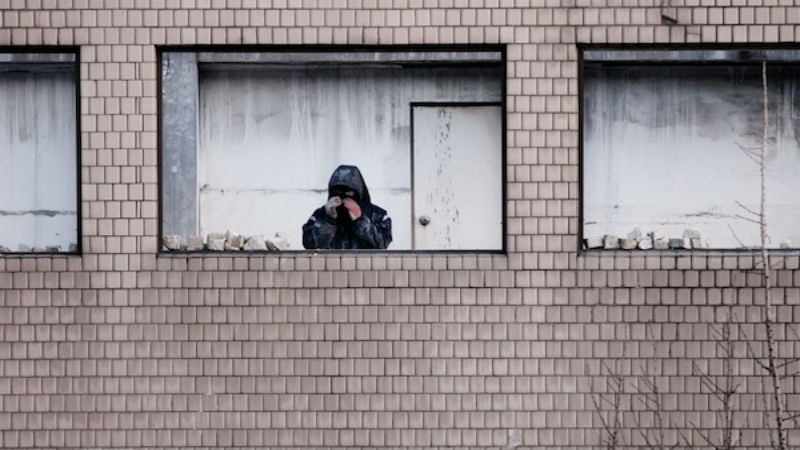 With water cannon concentrated on both the block and the lookout, a SWAT team was lowered onto the roof in a container carried by a crane and the protesters retreated into the lookout. Tensions were high on both sides when the lookout suddenly burst into flames. The ensuing inferno claimed the lives of five protesters and one police officer. Initially, no-one was quite sure what had happened.

A court case followed. It concluded that the police operation had been necessary to uphold the rule of law and incarcerated four protesters who’d managed to survive the fire.

The Pinks film making collective didn’t think these arguments were good enough and set out to make a documentary about the incident. The surviving protesters being in prison weren’t available for interviews, so all the filmmakers had to work with was the footage shot by journalists and police at the incident plus audio recordings of the trial. There are also a few interviews of people on the protesters’ side.

Out of these limited materials came an extraordinary film. You feel like you’re watching the tragedy unfold in real time with commentary after the event trying to piece together exactly what happened. What emerges for a viewer unfamiliar with recent Korean political history is a terrifying picture of a repressive, right wing regime where ordinary people are stamped on in no uncertain terms. 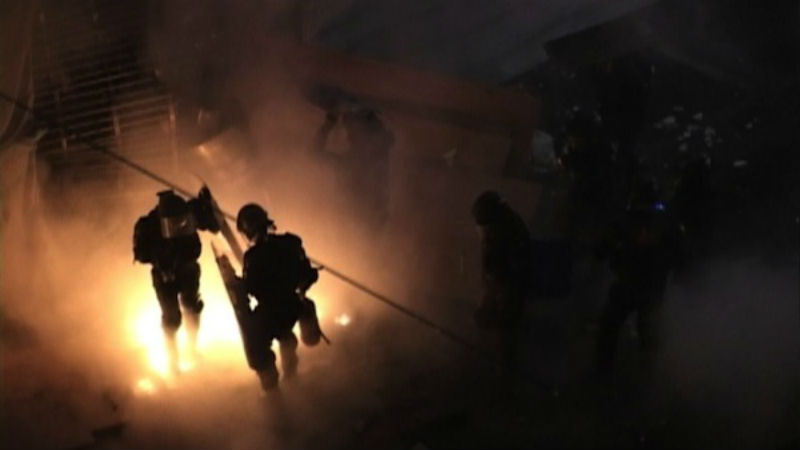 The police going inside the building and the SWAT team airlifted in by container are clearly under extreme pressure. This is one of those cinematic experiences where you believe one group (the police) to be in the wrong, yet at the same time they’re in an impossible situation and you feel for their plight. That doesn’t render their actions right, correct or good, but it does in some sense put you alongside them and elicit a degree of sympathy.

As documentaries go, this is a must see and whilst it obviously would have a particular resonance for a South Korean audience, for an international one it transcends such concerns with its picture of a repressive regime and the toll exacted from those charged with maintaining it on the ground. Although it’s a very different situation, UK residents will recall the Grenfell Tower tragedy too.

Two Doors plays in the London Korean Film Festival. A follow-up film The Remnants was made by the Pinks film making collective five years later and is also showing at the Festival.

Revisiting the Korean towering inferno: follow-up doc to Two Doors, has survivors of the Yongsan tragedy released from prison to tell their side of the story and grapple with the resulting emotional and psychological problems – from the London Korean Film Festival [Read More...]