"Filthy genius movie"
The passing of the seasons. A young woman finds her true self in the Korean countryside in this adaptation of a Japanese manga; the outcome is dirtylicious and it will make you drool, for more reasons than one - from the BFI London Film Festival (LFF) and the London Korean Film Festival (LKFF)

Raised in the countryside by her mother (Moon So-ri) but dissatisfied with life there, Hye-won (Kim Tae-ri) moves to Seoul and acquires a boyfriend. But after both of them have taken their exams, she returns to the village in which she grew up to get some space and think about her life.

The boyfriend has passed his exams and is hoping she has done the same, leaving messages on her voicemail to this effect, but she’s still waiting for her own result to come through. She doesn’t respond to his messages.

For reasons that aren’t immediately apparent, but which surface to a degree in the course of the narrative, her mother has left, presumably to start a new life now that the job of raising a well adjusted daughter is complete. She very much exists in Hye-won’s memories though, in which psychic location we she quite a bit of her onscreen, often interacting with Hye-won’s younger self as a little girl.

We also learn that her mum was a single parent after her husband died of an illness when Hye-won was small. 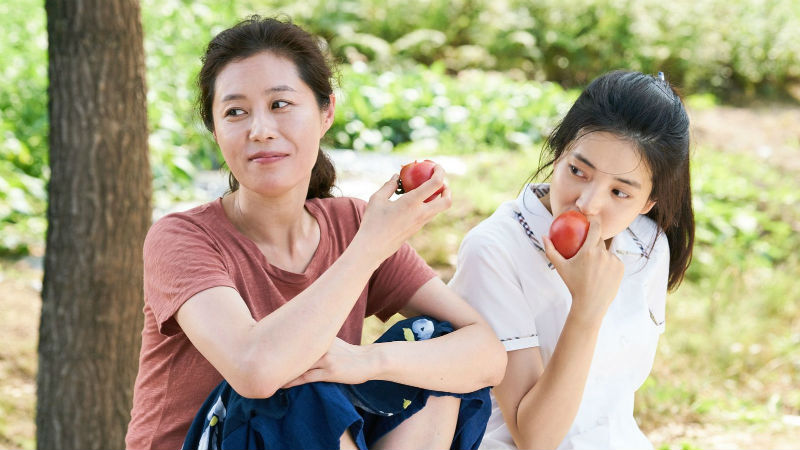 The girl doesn’t really miss the big city and there are compensations. There’s a boy Jae-ha (Ryu Jun-yeol) around her age who has returned from his travels to become a farmer and absolutely loves what he now does. And a girl Eun-sook (Jin Ki-joo) who works at the bank in the nearest town. The latter confesses to Hye-won her designs on the former and good-naturedly warns her to keep her hands off. The three of them spend a great deal of time together, either in pairs or as a trio.

The three-way friendship is genuinely engaging. It could very easily have been played as a love triangle but director Yim Soon-Rye never goes down this route and the film is arguably all the better for it. That was one of the reasons I personally liked this film even more than critical favourite Burning (Lee Chang-dong, 2018) which has a UK distributor whereas, at the time of writing, this one sadly doesn’t. Running through the whole thing as a non-narrative thread is Hye-won’s cooking, a series of episodes of mouthwatering Korean food porn to make you drool. There have been other movies in this select category over the years: the Danish period drama Babette’s Feast (Gabriel Axel, 1987) and Taiwanese outing Eat Drink Man Woman (Ang Lee, 1994) spring to mind.

In fact, the whole film is like a little taste – or numerous glimpses, culinary and otherwise – of paradise. That’s not just the food either – the three characters occupy a very attractive world that you can’t but help to want to live in. The pace of life is slow and moves with the seasons, the film starting off in Winter with snow on the ground and slowly working its way through the rest of the year. There’s something deeply satisfying about watching this in a movie, at least the way it’s done here. It’s a total slap in the face for the ‘get a steady boyfriend, conform’ ethos that to Western eyes seems to underpin feminine notions of Korean social mores. 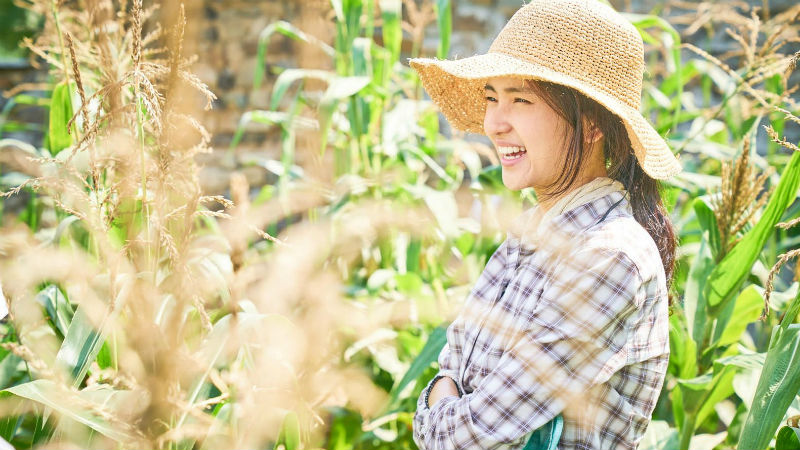 The property was originally a 2002 manga in Japan by Daisuke Igarashi which spawned a two-part, Japanese big screen adaptation Little Forest: Summer/Autumn and its sequel Little Forest: Winter/Spring (both Junichi Mori, 2014). Judging by the new Korean version, it translates well between different Oriental cultures.

The result is gem which deserves to be picked up for a proper UK theatrical release. (Did I mention this before?) Not least because it may help more accurately redefine notions of manga here. Which in this case denotes rural existence, the passing of the seasons – and cookery.

Little Forest played in the 62nd BFI London Film Festival (LFF), where this piece was originally written. It can be seen again in the London Korean Film Festival (LKFF) on Saturday, November 3rd, 18.30 at the Rio Cinema, Dalston. Tickets here. Watch the film trailer below: