"Filthy genius movie"
Someone just like me. A customs official meets her soulmate and discovers unexpected truths about both herself and him in Sweden's remarkable Foreign Language Oscar entry – from the 62nd BFI London Film Festival and now on Amazon Prime, DVD and Blu-ray

Tina (Eva Melander) is a customs officer working at a Swedish port. She is very good at her job because she possesses the uncanny ability to detect when someone is trying to bring something they shouldn’t in to the country. Tina isn’t particularly good-looking – the unkind might call her ugly – and keeps herself pretty much to herself. She’s a misfit. Her woodlands home is a long drive from any town. She lives there in a cabin, which she herself owns, with Roland (Jörgen Thorsson) who breeds dogs for competitions. The couple get along but any sexual relationship seems to have pretty much stagnated. Her ageing, care home incarcerated “papa” (Sten Ljunggren), who she makes a point of visiting regularly, doesn’t like Roland much, believing the man to be taking advantage of his daughter’s essentially good nature.

Two people she is going to stop in two separate incidents as they come through the customs checkpoint at which she works are going to change her life.

The first is a well-heeled type in a hurry who seems irritated at having his bag searched. Sure enough, there’s nothing illegal in his bag. “Can I please go now,” he asks. Tina won’t let him, insisting he surrender his mobile. He’s not happy. She sniffs the mobile. Out comes the SIM. Before she or her colleague can stop him, he swallows the the tiny card. When they eventually get it out of him, it turns out to contain paedophile porn images. High-ranking police officer Agneta (Ann Petrén) has been after a particular paedophile ring for months, but can’t seem to get the evidence she needs to crack the case and make arrests. Tina’s abilities so impress Agneta that she enlists the former’s help on the case. 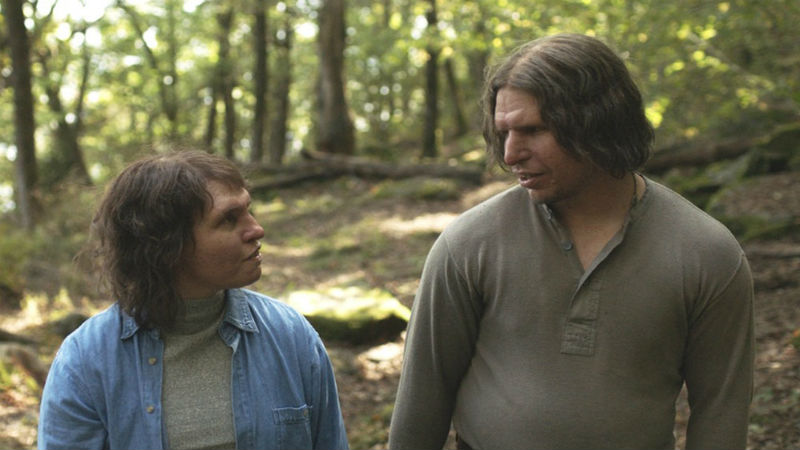 The second is a man with whom Tina feels an instant rapport. He would appear to be a loner and a lot like her in many other ways too. She later learns his name to be Vore (Eero Milonoff). When she first searches his bag, it turns out he’s carrying containers of live fishing bait. A bit odd, but nothing illegal. On a later occasion, however, convinced he’s concealing something, she has her colleague strip search the man. The colleague finds nothing – or rather, nothing actionable. It’s all a bit embarrassing. And a bit of a plot spoiler of which we won’t reveal the specifics here. As a relationship subsequently develops between Tina and Vore, she discovers things about him she hadn’t anticipated along with some unexpected truths about her own past and identity.

This is an extremely clever movie which starts off being about one thing – a Scandi-thriller about customs border officials and cops pursuing paedophile rings – but then switches so that it’s about something else entirely (whilst totally delivering the goods as a Scandi-thriller about customs border officials and cops pursuing paedophile rings). It then pulls a second switch on its unsuspecting audience. Which makes it a tough film to review because an accurate one-line description of the plot could ruin the whole experience for you. I guarantee that there will be reviews out there which will do exactly that and – worse – the film may enter into popular parlance as “that film about (but you’re not going to read exactly what it’s about here)”, so you’re advised to go and see the film as soon as you can knowing as little as possible about it. Before reading any other reviews. It has a UK distributor so should be released here in due course. (January 10th 2019 update: it’s out in the UK and Ireland on Friday, March 8th, 2019.) 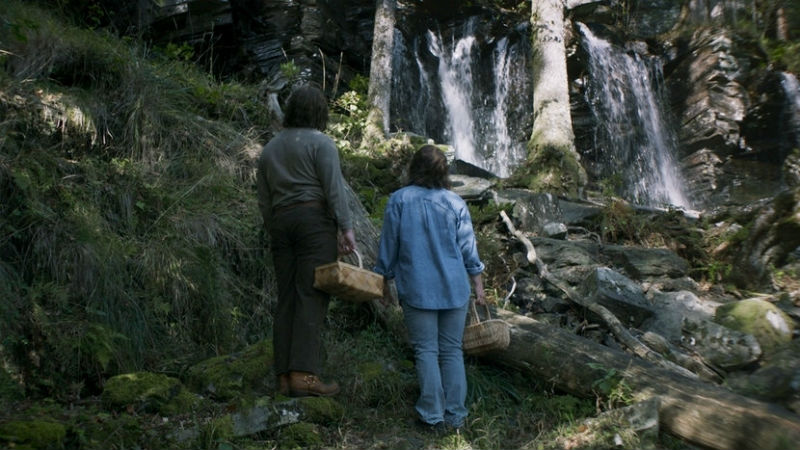 To its credit, the international trailer below does an impressive job of truthfully representing the film without giving anything away (and, for that matter, so did the blurb about the film in the LFF programme). It says the film is a romance, which it is, showing lots of images of Tina and Vore. But it’s also so much more and the trailer drops hints as to some of that without actually giving anything away. One imagines director/co-writer Abbasi having fights with his producers to make sure the trailer didn’t contain certain elements or plot strands. There seem to be about 20 different producers, according to IMDb. Clearly those were fights worth fighting and winning. (Or perhaps everyone else involved didn’t have any different ideas as to how to sell the film – though somehow I doubt it.)

What we can safely say is that, aside from being an extremely clever script about one’s personal identity and place in the world, and about people who are, for one reason or another, different from the norm, this is a beautifully put together piece of work on a number of levels. For one thing, it takes a certain lack of ego on the part of an actor to play a character who looks a long way from Western notions of physical beauty and both leads Melander and Milonoff are to be congratulated for having the guts to take on these roles and play them under a ton of uncomplimentary makeup. And they both give superb performances. (Which is not to say that there aren’t also superb performances further down the cast too.) For another, the prosthetic makeup work itself is highly impressive.

There’s more to recommend the film: happily, the people who decided to make this Sweden’s contender for the Best Foreign Film thought so too. We at DMovies aren’t huge admirers of Oscar bait, but sometimes countries select films which we’re happy to get behind: this is one of those. So, make a note of the title, don’t read any further reviews or coverage of it and put Border on your must see list for when it comes out in the UK (it has no release date set at the time of writing). Dirtylicious? Absolutely!

Border plays in the 62nd BFI London Film Festival, where this piece was originally written, and also at the Cambridge Film Fest. It’s out in cinemas across the UK on Friday, March 8th, 2019. On Amazon Prime, DVD and Blu-ray on Monday, July 15th. Watch the excellent, spoiler-free film trailer below:

Biopic of Astrid Lindgreen, the creator of Pippi Longstocking, has blockbuster potential and yet retains its poetic and humanistic core - live from the Berlinale [Read More...]

What's under the hood? A teenage girl training for a show jumping competition wears a hoodie to keep her head covered and gets bullied at school  – from the Schlingel International Film Festival [Read More...]