"Dirty gem"
Revisiting the Korean towering inferno: follow-up doc to Two Doors, has survivors of the Yongsan tragedy released from prison to tell their side of the story and grapple with the resulting emotional and psychological problems – from the London Korean Film Festival

Set to open in Korea in 2018, this is the follow-up documentary to Two Doors (Kim il-rhan/ Hong Ji-you, 2012) about the Yongsan tragedy in which a policeman and five protesters were killed in a fire atop a housing block during a protest. One of the limitations imposed on that film was the incarceration of those protesters that escaped the burning rooftop lookout atop the Yongsan building. Viewers of the first film kept asking what had happened to these people.

The short answer is: four years after originally being sentenced, they were pardoned and released. This meant that they were now available to tell their own stories, so Kim and Lee from the Pinks film making collective and their crew started talking to them on camera. Slowly, a second film started to emerge. It’s not exactly a sequel, more a follow up. Which is to say, it’s dealing with different aspects of the same story but constructed around a different template and operating within a dissimilar set of parameters. 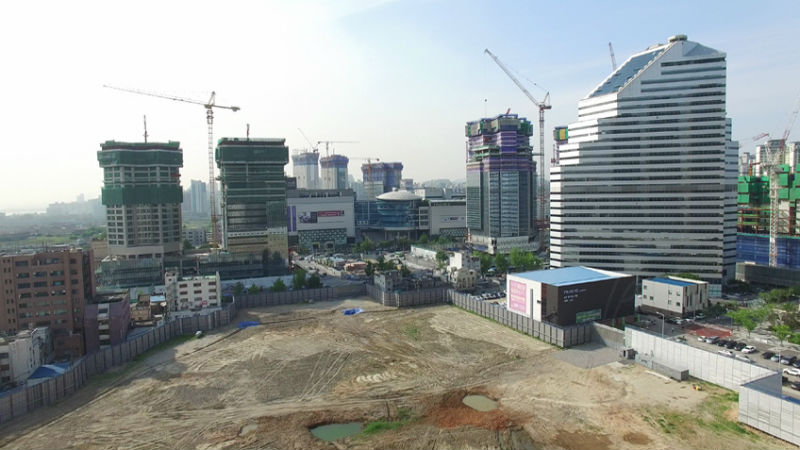 In the process, this second instalment starts to unpack elements that were never fully explained in the first film. For one thing, the rooftop lookout is now described as a simple structure erected by the protesters themselves rather than an original architectural feature, with interview material of the rigger who oversaw its construction.

This second doc also explores areas into which the first’s limitations prevented it from venturing. One question is that of how the fire in the lookout actually started in the first place. Two Doors drew upon a number of sources. The exterior footage shows the structure unexpectedly, suddenly burst into flames with no obvious visual clue as to why. There’s no police footage of what occurred inside the structure presumably because cameras were turned off when the Swat team moved onto the roof. The official report which formed a major part of the evidence in the court case goes suspiciously quiet when it comes to this part of the operation. It was something which therefore got passed over in the original film, but with access to those who were inside the inferno and survived, the various factors leading up to the deadly combustion are explained in some considerable detail. 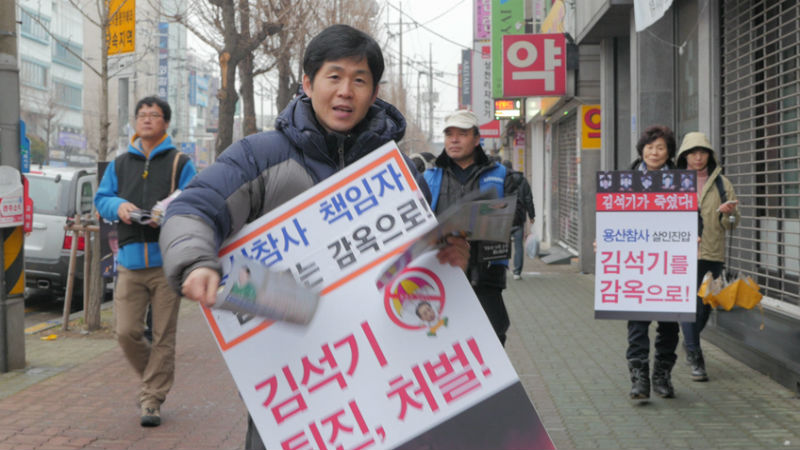 This access makes The Remnants much more people-centred than its predecessor. It becomes clear that there were two camps among the protesters, those from the building itself and those activists who came in from outside to help them in their struggle. In prison, the two factions became polarised. After their release, three survivors wanted to meet together on a regular basis to talk through and collectively process the trauma they’d experienced. By way of contrast, the fourth survivor’s way of dealing with it was to go to rallies and remind people of the tragedy to keep it in the public eye. The first three want him to meet up with him and talk about it, but for a long time he refuses, believing this to be a waste of time. Eventually though, the four are brought together in an event attempt to try and understand what happened on the day of the fire: this also serves as a catalyst for the unwilling party to engage (argue with) the others which proves cathartic for all concerned.

Any documentary about survivors of a tragic fire will bring to mind Grenfell Tower for UK residents, although the specifics of that tragedy are very different. Inevitably, because The Remnants concerns the Yongsan tragedy survivors rather than the authorities, the film feels more inwards-focused than its predecessor. But it’s a striking work for all that.

The Remnants plays in The London Korean Film Festival.