"Filthy genius movie"
'Buddy movie' set in California is akin to the Greek myth of Theseus, where the hero must overcome obstacles and challenges in order to make it out of the Labyrinth - on DVD + BD on Monday, February 4th.

This a film that has a lot to say, with detail, subtlety and poetic wit. It made me laugh out loud and also flinch with alarm. The central spine is the relationship between best friends since childhood Colin (Daveed Diggs) and Miles (Rafael Casal). This relationship sits within a story of the changing neighbourhood of Oakland, California and the lethal relationship the police have with black men in America.

The first thing that draws you into this story is the visual and vocal panache of a style that realises this tightly wound genius of a script (Daveed Diggs/Rafael Casal). The editor (Gabriel Fleming) deserves a special mention here. Scenes are beautifully cut through with tight cut away shots of doors slamming, feet on truck pedals, faces on wall murals and the juxtaposition of regular and ‘hipster gentrified’ housing. 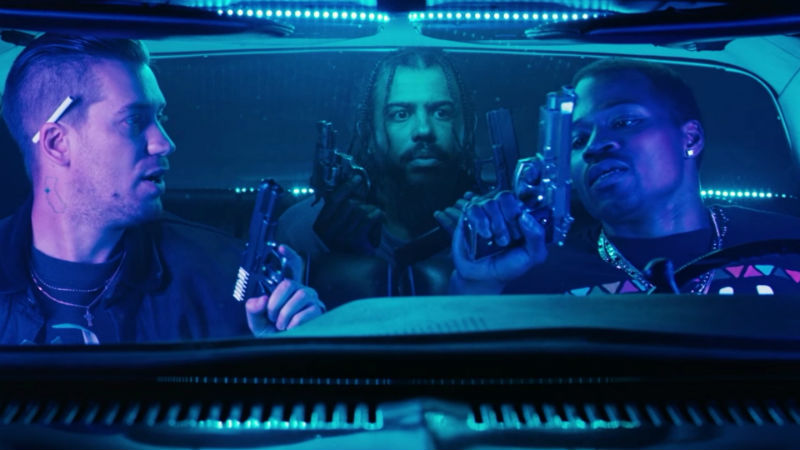 It is impossible to define a ‘type’ for this movie, we have a touch of’ buddy movie’ with a generous helping of ‘right of passage’, via social commentary that happens without us being aware of it.

The action is framed around the final three days that Colin has on probation, in a bail hostel and confined inside a postcode and a curfew. We watch a long poem akin to Greek mythology, where the hero must overcome obstacles and challenges in order to make it out of the Labyrinth. Miles is Theseus. The everyday conversations had by the two friends in rhyming ‘bars’ are wonderful and fit into the flow of the story succinctly. The jump cuts and visual effects during Miles’ morning runs give us a deep down picture of his internal battles.

His first personal battle relates to the fear of authorities that prevents him from interfering when a police officer murders a running unarmed man. The macro battle of black men facing the daily possibility of being gunned down by an officer of the ‘law’ while going about their regular business. This second struggle is highlighted as Miles partner Ashley (Jasmine Cephas Jones) watches her small son Sean (Ziggy Baitinger) on the couch while the newsreel of the same police murder plays on TV and the horror of the moment when Sean picks up something his father thought was hidden. 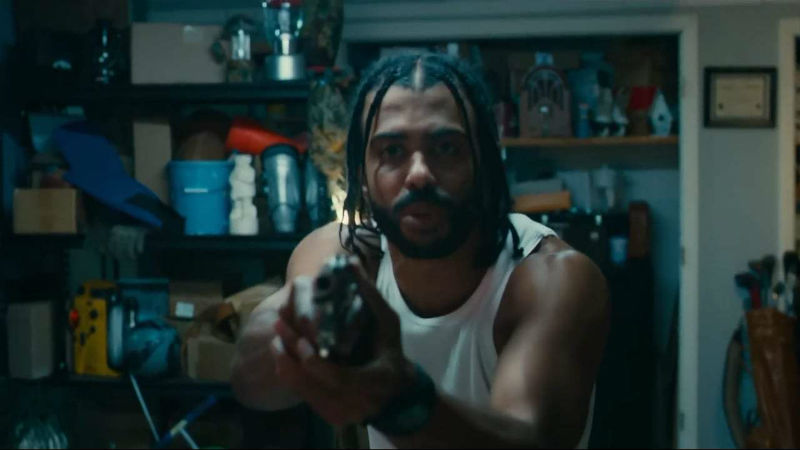 Colin’s realisation that although Miles has always been there for him, his friend’s violent tendencies are also a barrier to him moving forward in his life. Miles and Val (Janina Gavankar) still love each other deeply and their rift remains while he continues to make wrong choices. The normal family life of Miles, Ashley and Sean and how Colin’s place within this family are a joy to watch. The wisdom and beauty of Colin’s Mama Liz (Tisha Campbell-Martin) and the banter of the workers at the removal firm are all things we want to see on-screen. A regular urban community getting along in the way that all city dwellers understand, where difference rubs along together in the daily grind. The scene where Miles and Colin box up art dealer Wayne Knight’s (Patrick) pictures is a joy.

Colin’s final dilemma is told in a tour de force rap speech which has the viewer on the edge of their seat. We (viewers) want justice but not at the expense of the freedom of our hero. The struggle in this scene is real here: we see it on Colin’s face and we experience it viscerally through his poetry. As he explains to Officer Molina (Ethan Embry) ‘You used to hearing a nigger rapping’. This film has brought us right up and personal with a struggle that is real for people on this planet each day of their lives. Our ‘blindspotting’ as an audience is challenged. Should we remain instinctively blind or should we challenge our preconceptions of the world and the people we meet?

Blindspotting is out in cinemas across the UK on Friday, October 5th. Out on DVD and Blu-ray on Monday, February 4th (2019)

What You Gonna Do When The World’s On Fire?

Being an Afro-American in the Deep South is not a walk in the park! Doc by Italian helmer captures the challenges and the indignation of those marginalised and even hunted down because of the colour of their skin - in cinemas Friday, October 18th [Read More...]