"Greasy movie"
People have the power! Doc reveals that a grassroots revolution transformed Burkina Faso in a real democracy, and how the surrounding art world helped to articulate the resistance - from the Native Spirit Film Festival taking place between October 10th and 21st

Politics and art mix in Burkinabè Rising, a deep dive into the way culture informs, comments upon and even provokes societal change. Looking at how Burkina Faso has changed since the popular uprising of 2014, it is a sprawling mosaic of a movie that seems to take in the whole country in its generous, inquisitive approach.

The key event is the 2014 ousting of Blaise Compaoré, considered by many to have led the country over the past 27 years in an undemocratic fashion. He took over from the pan-African revolutionary Thomas Sankara, who is widely considered to be Africa’s answer to Che Guevara (for one thing, he sells as many T-shirts in that region). More an African icon than a mere Burkinabé mortal, the spirit of Sankara is constantly evoked in this restless look at the country’s contemporary art and culture. 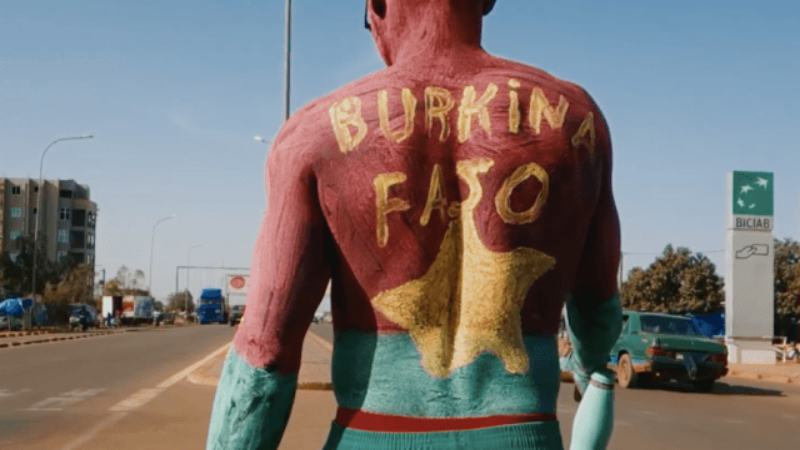 Using the ousting of Compaoré as a pivotal event, Burkinabè Rising shows how the surrounding art world helped to articulate the resistance, taking in everything from contemporary dance to reggae music to clandestine film festivals. From famous rap artists on the front lines of the protest, to woodworkers using traditional methods to create masks for tribes, no stone is left unturned in its all-encompassing approach.

By not really focusing on any one person or movement, Burkinabè Rising argues that everyone played a part in the country’s social change, showing that although leaders may point the way, it is up to all people to stand up and make a difference. With a remarkable 27 different ethnic groups existing within the country — many sharing similarities with surrounding countries such as Mali and Ghana — Burkina Faso is a model of how to bridge divides in search of a common purpose.

At first the movie seems like it is entirely content to depict a man’s world, but the women step in halfway through to give their version of events. There are feminist activists in the country who smartly see the revolution as a chance to gain larger equality, speaking about the need for contraception, women’s education, and entering the workforce, giving the film a contemporary urgency beyond its primary artistic concerns. 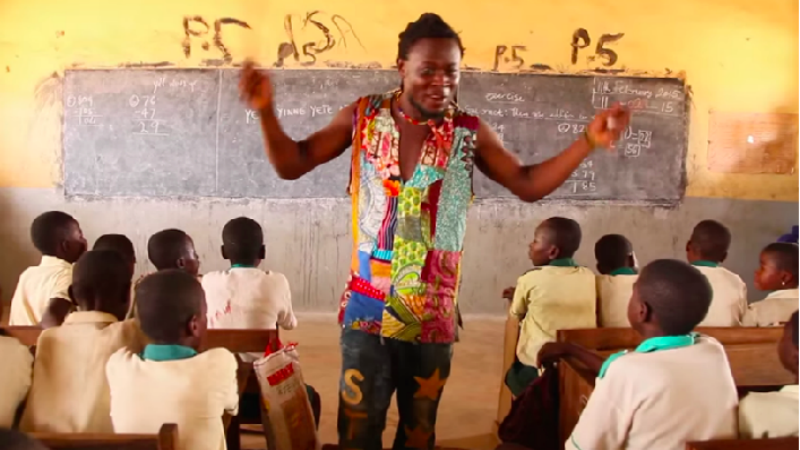 Most importantly, Korean-Brazilian director Iara Lee — who considers herself not just a director but an activist –doesn’t editorialise at all, allowing the people of Burkina Faso to speak for themselves. So many visions of African culture are seen through the lens of the (usually, white) director’s own personal experience — by avoiding narration, the Burkinabè people can actually tell their own stories, making the movie that much stronger for it. Perhaps more editing is needed to give the movie more narrative bite, but as an introduction on how to resist, and how to use art as a primary vehicle for change, Burkinabé Rising more than exceeds its aims.

At the end of the film we see that the struggle for true freedom continues, only now they must contend with transnational companies such as Bayer Monsanto — wanting to inject locally produced crops with GMO products, thus destroying local industries— instead of ruthless leaders like Compaoré. As this film and 2014’s Poverty, Inc (Michael Matheson Miller) show, African countries want to do it for themselves; now is the time for the West to step back and allow nations to work by themselves, something reflected in the film’s unobtrusive narrative approach, which perhaps stylistically limiting is the far more ethical approach to these types of subjects. Ultimately, it’s a true inspiration to countries that have languished under poor leadership for far too long, in the process laying out the blueprint for further resistance.

Burkinabé Rising shows at the Native Spirit Film Festival, taking place in London between October 10th and 21st. Click here for more information and also in order to book your ticket now!