"Greasy movie"
Cash-strapped academics take arms in order to make ends meet, in Italian blend of gangster and comedy with flavours of Guy Ritchie and plenty of social commentary - available for digital streaming on July 9th as part of the Walk This Way collection

If you have spent your entire life in academia, you may feel that you are only suited for one thing. This is certainly the case of Pietro Zinni (Edoardo Leo), a neurobiologist, who upon losing his university contract realises that the only thing he is suitable for now is creating party pills. He is 38, behind on all of his bills, and has no idea how to apply himself to new work. Enrolling a gang that includes a cultural anthropologist, an archaeologist, and two Latin scholars, the hapless Pietro enters the black market only to find himself way in over his head.

The film is a clash between the “rise-and-fall” gangster genre and a traditional fish-out-of-water comedy. Director Sydney Sibilia does a great job of depicting his group of oddballs adapting to their new life. Plot-wise, comparisons to the TV series Breaking Bad are inevitable, but while the acclaimed TV series carefully built up its world block by block, I Can Quit Whenever I Want is a much looser affair. In fact, with all its hyper-specific nerd jokes, it is closer in tone to The Big Bang Theory. The mileage of these jokes will vary with how much you understand each subject. 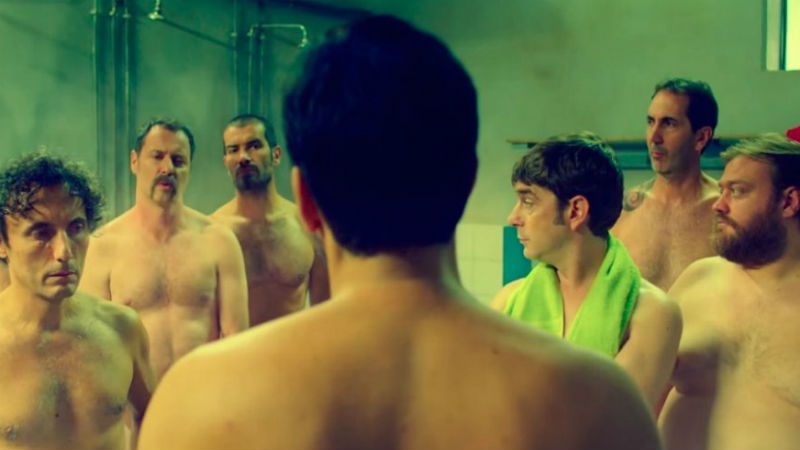 Hidden behind the comedy is a critique of a society that has left its smartest people behind. All these men are more than qualified to hold positions in university, but are now working menial jobs to get by. The results of the financial crisis as well as Italian austerity looms heavy over the film. With endless bills to pay, as well as his girlfriend Giulia (Valeria Solarino) pressuring him to buy a dishwasher, Pietro doesn’t think twice about the ethical implications of taking up this line of work. After all, you don’t think about ethics when you can’t afford anything. This situation is later milked by the fact Giulia works in social care looking after drug addicts. While her position as the nagging girlfriend could’ve reduced her to a common stereotype, Solarino does great work here to make Giulia a three-dimensional character, giving the movie a moral depth it might’ve otherwise lacked. She is crucial to humanising what could have been a trivial movie.

Like nearly all gangster movies, the rise in I Can Quit is accompanied by a fall. The gang are not used to such lavish wealth and suddenly find themselves surrounded by escorts, wearing fine clothes and splashing cash on extravagant cars. But they are not the only men in town, finding out that they have muscled in on top dog Murena’s (Neri Marcorè) turf. As far as villains go, he is neither comic or scary, instead coming across as rather generic. We do learn more about him, in a nice twist that sums up the overall feel-good vibe of the movie. 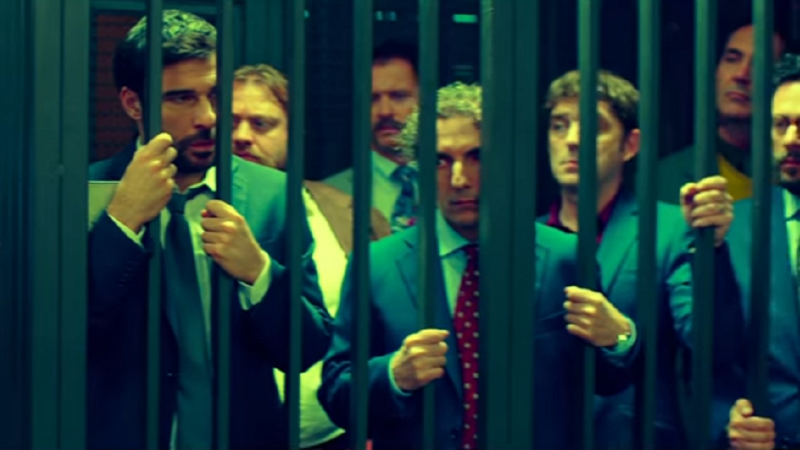 With a style reminiscent of early Guy Ritchie films, the movie constantly distorts traditional gangster tropes. For example, when they need to rob a pharmacy, they use ancient guns that were originally intended for The Hermitage. Then, in a true Ritchie locale, a crucial drug deal is conducted at a traditional Sinti wedding. What makes it different from classics such as Ritchie’s Snatch (2000) however, is the kind of breathless non-linear storytelling that forces the viewer to imagine some of the details themselves. With a little more daring in the editing, more voiceover, and more montages, I Can Quit Whenever I Want could’ve been as cinematically entertaining as it is comically satisfying. Nevertheless, for fans of Breaking Bad and Guy Ritchie movies, this movie will go down just like a good pill.

I Can Quit Whenever I Want is available on all major VoD platforms on Monday, July 9th, as part of the Walk This Way Collection, European Film on Demand. Click here in order to view the film in the UK, or here if you are elsewhere in Europe.