What You Gonna Do When The World’s On Fire?

"Filthy genius movie"
Being an Afro-American in the Deep South is not a walk in the park! Doc by Italian helmer captures the challenges and the indignation of those marginalised and even hunted down because of the colour of their skin - in cinemas Friday, October 18th

They have been neglected and abused throughout the past five centuries. They are men and women of various generations and with all types of professions, and they share the same burden. The government and the society intended to protect them instead scorns them. They have been hunted down by neo-Nazis, the Ku Klux Klan and other white supremacists. Their walls have been graffitied with the N-word, swastikas and calls for ethnic cleansing. But they’re still alive! Italian filmmaker Roberto Minervini captures the apocalyptic scenario that many Afro-Americans from the Deep South have to confront daily.

What you Gonna Do When the World’s on Fire? is shot in black and white using with an Arri Alexa camera with a large depth of field (deep focus). In other words, the images in the foreground, middle-ground and background are all in focus. In a way, this is reminiscent and nostalgic of the neo-Realism aesthetics. A smart choice. This makes the images more palatable and the lives of people such as Ronaldo, Titus, Judy, Michael, Krystal and several members of the New Black Panther Party more bearable to watch. Otherwise, the whole experience could become excruciating. 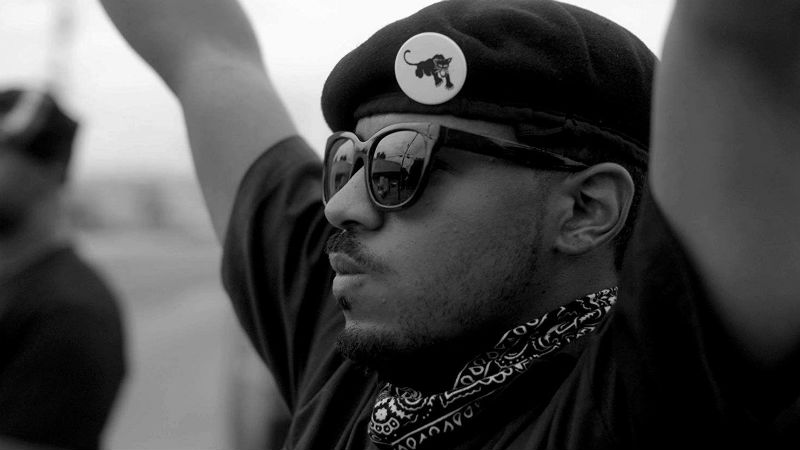 Minervini allows race issues to prevail in a nice and smooth way by shifting from one character to the next and observing their daily lives. Sometimes the movie seems to suggest that white people are responsible for the mess young black males such as Ronaldo and Titus are in. Yet, this is no white man’s mea culpa. Mostly, this is a visual study of racial oppression. Minervini established a deep bond with several of his characters, mostly in Louisiana and Mississippi. This allowed him to gain access into neighbourhoods and communities that are off limits to most white people. Such intimacy allowed the director to deep dive into the private lives and uncover delicate and fascinating stories. He also investigates watershed events in the history of Afro-Americans, such as and Hurricane Katrina (2005) the killing of Alston Sterling (2016) and the lynching and decapitation of Jeremy Jerome Jackson (2017).

You will become acquainted with surprising and moving individuals, as their reflect about their lives, dreams and limitations. There are plenty of useful soundbites, word puns and calls for action: “We don’t get justice, we get just for us”, “nowadays people don’t fight they shoot!” and the film title itself. You will cringe and perhaps ask yourself: are our Afro-American brothers and sisters in the Deep South any better off than their ancestors hundreds of years ago? Often, their very own resilience and will to live are all they have in their favour.

What You Gonna Do When The World’s On Fire showed in the Official Competition of the 75th Venice International Film Festival, when this piece was originally written. It premieres in the UK as part of the BFI London Film Festival taking place October 1oth- to 21st (2018). It’s in cinemas on Friday, October 18th (2019)