"Mostly clean movie"
American horror-thriller starring David Tennant about a well-intentioned criminal faced with a very unusual situation moves in more ways than one, a little bit like in a chess game - in cinemas Friday, August 24th

There is more than one type of criminal. There are those, like Sean Falco (Robert Sheehan), who engage in wrongdoing merely in order to survive. He has a petty scheme with his buddy Derek (Carlito Olivero), using his job as a valet to take people’s cars, and while they’re having dinner, go to their houses and rob them. Then there are criminals like Cale Erendreich (David Tennant) who don’t need the money, and commit crimes for much more perverse reasons.

Bad Samaritan throws this contrast into sharp relief when Sean takes Cale’s car and attempts to rob his house. At first, his plan is going dandy, finding a spanking new credit card simply laying there unused, in Cale’s kitchen. But he wants to go further, unlocking the door to a secretive office. In screenplay writing, the moment that comes next is called “the hook”, and can be characterised as the instance that gives the watcher a reason to commit to the final hour of the film. This one’s a beauty, with Robert finding a woman chained to a chair, seemingly left to die… Sean has found himself in way over his head. 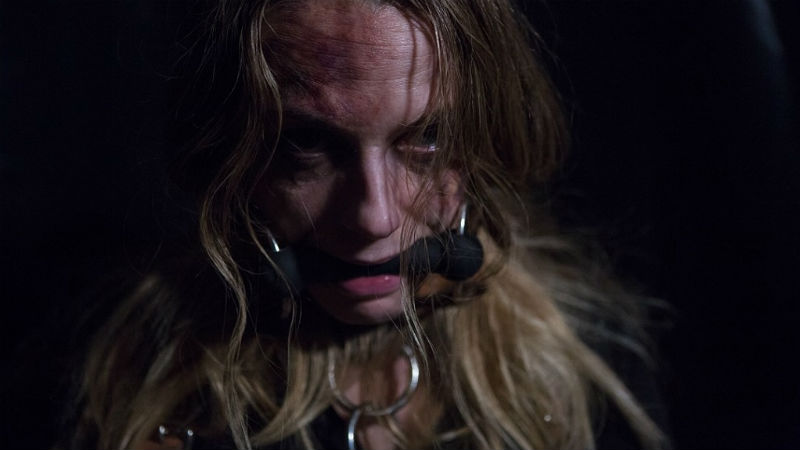 From there, Bad Samaritan plays a smart and dirty game of genre subversion, feeling somewhat fresh thanks to Sheehan’s interpretation of a low-life criminal who got more than he bargained for and Tennant’s no-holds-barred depiction of psychosis. At first seeming like a standard horror-thriller, the material moves in unexpected ways, using the chess-like plot as a means to express the weird nuances of both Cale and Sean. It’s a classic meeting of minds: While plucky Irishman Sean acts in relatable and unexpected ways (mostly panicking, swearing frantically and looking gormless), Cale is a model of uncanny precision, never making an unexpected move. How those two men navigate each other’s personalities and completely different interests makes for an initially fascinating morality tale.

However, the movie is not content just to tell Sean’s story of redemption, bringing in a dum-witted FBI investigation mostly as a means to explain character motivation. It would’ve been far better if the movie had trimmed this kind of subplot, which are far better suited to spy movies than lean horror-thrillers. Of course there has to be a bigger picture — giving a reason for Cale’s demonic behaviour— but this should be expressed through the action itself instead of tacked on through an disjointed meta-plot. 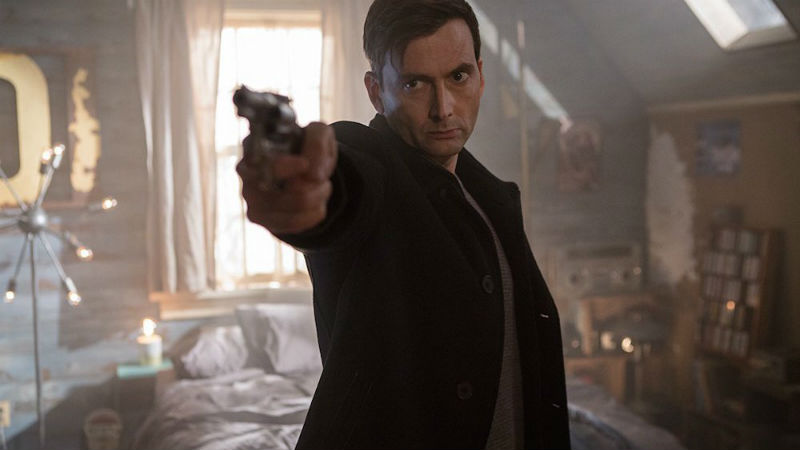 Sean’s friendship group fares a little better, but the depiction of his girlfriend Sabine (Hannah Barefoot) and his Latino friend Derek, feels exploitative, using them more as props than fully-fleshed out people in their own right. If they had been written better, it would’ve given Sean more conflicted reasons for his decisions and added emotional weight to their eventual payoffs. But this is typical of the film as a whole, which is remarkably light on atmosphere, instead barrelling along from one shocking twist to another in the hope we don’t realise how little sense it all makes.

Yet, with this kind of premise, and these two strong performances, the plot doesn’t have to be watertight to make us engaged. The execution is more than a little off. For example, the music is totally inappropriate, the use of sweeping strings, horns and timpani sounding more like Aragorn going to save the hobbits than the soundtrack for a tense thriller. The occasional use of an Irish flute may be inspired, giving reference to Sean’s Celtic heritage, but this is Portland, not the Shire, giving the film a completely off-balance feel. In addition, Bad Samaritan makes strange use of editing, inserting unneeded flashbacks to reinforce things that we already know. Unable to paper up the cracks in the story, Bad Samaritan feels awkwardly exposed, ultimately leading the story to become non-engaging. The strange and fascinating performances of Sheehan and Tennant deserve a better executed story than this.

Bad Samaritan is out in cinemas on Friday, August 24th.

And the Eurotrash stinker of the Summer award goes to... blend of thriller and melodrama entirely devoid of emotions that rescues a notion of femininity that should be deeply buried in the past - in cinemas and now also on VoD [Read More...]