"Dirty gem"
Because we're all made of stars! Turkish doc about residents of a retirement home has tasteful dreamy touch, and is a fitting tribute to those in their twilight years - in cinemas Friday, August 17th

One day, we’ll all become stars. Meanwhile, while we’re still alive, every single one of us is entitled to shine. Even those in their twilight years. Distant Constellation is a tastefully crafted and profoundly lyrical documentary that celebrates life in a retirement home somewhere in Turkey. Despite the inescapability of senescence, these elderly people have not given up their will to live.

The female director Shevaun Mizrahi interviews several residents as they reminisce about their past and cling on to their liveliness in different ways. She neither infantilises nor romanticises her subjects. They don’t bemoan their physical limitations and relative confinement to a grey, soulless and oppressive building block. A partially-sighted photographer boasts about his three cameras, despite the fact that he’s no longer able to operate them. A filthy old man (note: “filthy” is a compliment at DMovies) talks about his sexual adventures at young age in graphic detail, while also quoting passages from Nabokov’s Lolita. Each resident is moving and charming in a very personal manner. 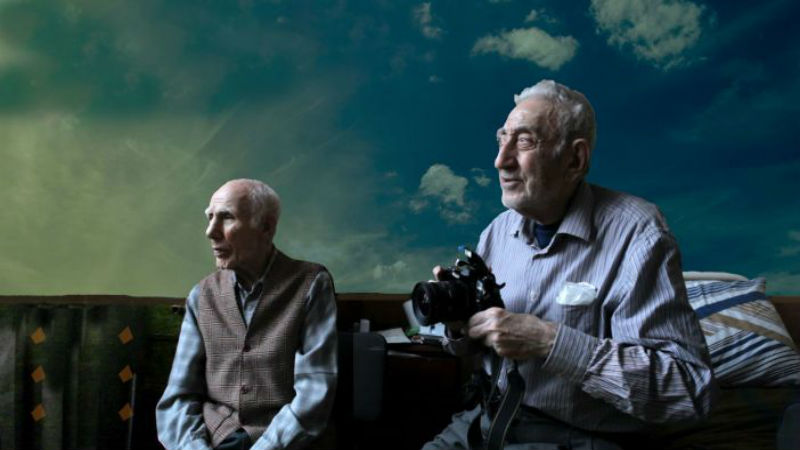 But not all is beautiful and rosy. An Armenian woman (pictured at the top) remembers the 1915 genocide and how her entire family had to convert to Islam in order to survive. “My younger brother was born in 1915, a disastrous year for Armenians in Turkey. We used to be a well-off family with a cow and a donkey”, she remembers. A man regrets his impatience and anxiety, while coughing dry. He explains: “I was worse when I was younger”. Perhaps his anxiety partly vanished with the ambitions of his youth. There is also a very disturbing scene of an elderly man writhing and panting. Maybe he suffers from advanced Alzheimer’s. Or maybe he was passing away. Either way, this sequence reminded me of the extreme realism of the care home in Ulrich Seidl’s Import Export (2007).

Executed on a very low budget and with semi-professional cameras, Distant Constellation is an impressive feat. The images are somber, languorous and often static. The persistent greyness might be difficult to capture on a television screen; this is a sensory experience for the cinema theatres. Almost like an art piece. The sounds are distant and hypnotic: the wind blowing and whistling, white noises, the clanking of an elevator going up and down, and the occasional song in the background. 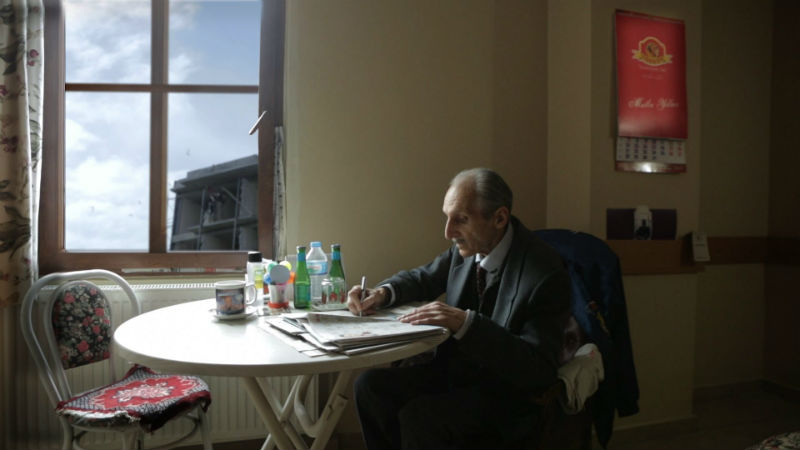 There are also many symbolic devices. The elevator is a recurring theme. Elevators convey a sense of confinement and movement, both at once – a little bit like the confined residents who are still budging. There are also cranes, construction sites and an airplane flying past. They are signifiers of slow change and reconfiguration, an allegory of the cycle of life itself.

The film is dedicated “to the memory of Roger, Osep, Gerald and Selma”, four residents who presumably passed away shortly after the film was completed las year. A reminder of the ephemerality of old age and – more broadly speaking – life itself.

Distant Constellation is showing in selected cinemas across the UK from Friday, August 17th.

A Citizen Of Nowhere? A Transnistrian national (a self-proclaimed country no other nation recognises) travels between various Eastern Bloc countries and talks about national identity with the people he meets on the journey, on hypnotic black and white film – in cinemas from Friday 20th July [Read More...]