What Keeps You Alive

"Greasy movie"
Canadian filmmaker (who also happens to be one half of The Vicious Brothers) twists traditional woods horror story to convincing results - in cinemas and also on VoD on Friday, August 24th (US viewers) and as part of FrightFest on August 25th (UK viewers)

How much do you truly know about the person you love? One way of finding out more is by taking a trip to a remote location together. You could learn new things you never knew before, but this approach carries with it an inherent risk. What if those secrets were never meant to be exposed?

This is the premise of What Keeps You Alive, an elegant Canadian thriller-mystery centring around a couple spending a romantic weekend in a remote, picturesque location in the woods. They are Jules (Brittany Allen) and Jackie (Hannah Emily Anderson) and they’ve come up here to celebrate their one year anniversary. At first everything seems to be going well, with both women commenting on how beautiful the location is, joking about how they could stay there forever, and getting ready to spend a romantic, sexy evening together. Then a knock on the door changes everything. It’s Sarah (Martha MacIsaac) from across the lake, an old childhood friend of Jackie’s. At first it seems that this might be a past lover, but the secret Sarah hides is far darker than that, and threatens to destroy both women. 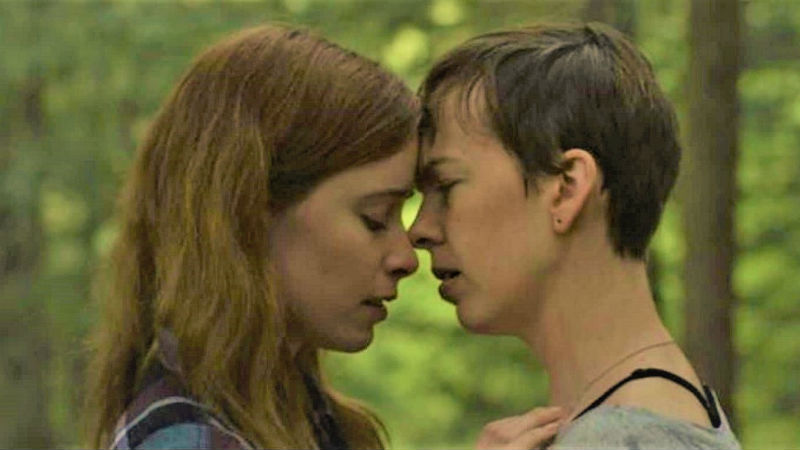 What Keeps You Alive is one of those films that anything after the first third counts as a spoiler, its first twist changing the dynamic of the movie completely. Let’s just say that it isn’t outside threats that either girl needs to be afraid of, with the thriller, Hitchcock-like, centred around the bonds of their love. It asks a key question of the viewer: Why has Jackie taken Jules here in the first place if it is such a source of sadness for her? This mystery powers the stripped-back narrative, leading us to its inevitable, deadly conclusion.

An enigmatic wide-angle is used for filming, allowing the vast mountain scenery and bucolic lake surroundings to do a lot of the emotional heavy lifting. Veering between an old-school psychological drama and a cat-and-mouse chase thriller, What Keeps You Alive boasts strong performances by the two leads, who sell both the romantic and survivalist sides of their personalities. (Martha MacIsaac and Joey Klein, who plays Sarah’s husband, don’t fare as well — perhaps the movie would’ve been tighter if their underwritten roles were cut.) These performances are complemented by a diverse soundtrack, ranging from classic rock to some choice Beethoven cuts — yet most importantly, the film knows when to go deathly quiet, allowing the action to speak for itself. 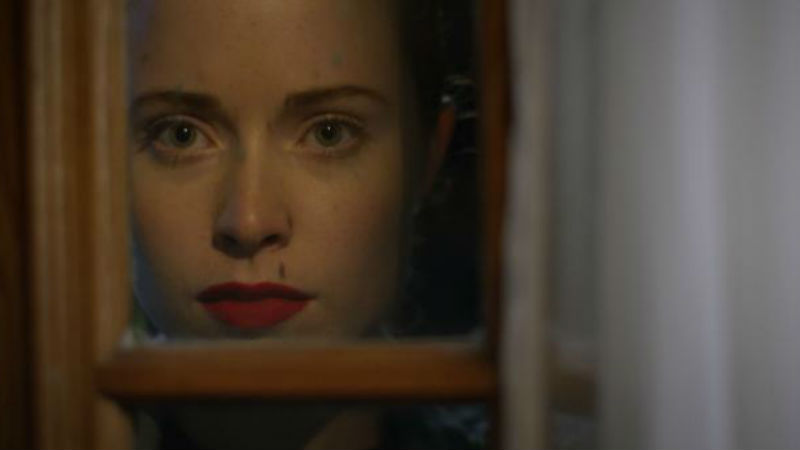 Sadly, What Keeps You Alive runs out of steam by the end, forcing situations for the sake of spectacle instead of letting the plot play out naturally. While building up a great sense of foreboding in the beginning of the movie — using a mixture of chilling anecdotes and gorgeous scenery to create an uneasy yet enticing vibe — the final stages falter significantly, circling back to the same tired tropes instead of saying anything new. It could’ve done much better to milk that feeling of uncertainty for longer, really allowing us to delve deeper into the distorted psychology of its protagonists.

Nevertheless, managing and subverting genre expectations can be a tricky tightrope to walk. Too much subversion and it’s hard to find a rhythm, too much deliverance and a film can end up being too predictable. Credit has to go to writer-director Colin Minihan for taking what looked like a traditional cabin in the woods horror story and finding a different, smarter way to tell it. Here’s hoping next time he manages to stick the landing.

What Keeps You Alive is out in cinemas and also available on VoD on Friday, August 24th (US). UK viewers can catch it at FrightFest on August 25th. The director Colin Minihan is one half of The Vicious Brothers, known for their cult horror films.

Gothic Irish horror about haunted house makes good and imaginative use of a classical filmic devices, but there's also a very English problem with casting - out on June 25th [Read More...]

Hair-raising horror about family bereavement starring Toni Collette has some of the darkest imagery you will have seen since Ken Russell's THE DEVILS - now on Netflix [Read More...]