"Thoroughly sanitised movie"
And the Eurotrash stinker of the Summer award goes to... blend of thriller and melodrama entirely devoid of emotions that rescues a notion of femininity that should be deeply buried in the past - in cinemas and now also on VoD

After making his English language debut feature The Drop (2014) with Tom Hardy, Belgian director Michaël R. Roskam returns to his native country with Racer and The Jailbird. Evidently failing to make an impact with English speaking audiences, The Drop operates in a sphere of thrillers and muted colour palettes. Bringing a European sensibility to Brooklyn gangster narratives, it’s a film that scratches away at the surface of the vulnerability of criminality. Much of the same in some regards, this French, Belgian and Dutch co-production fails to provide any remote feeling of the titular genre even through its broad running time.

Before a single scene has unfolded, the stark opening title cards act as a precursor to the ‘gritty’ story that will unfold. Swiftly cutting to the titular ‘Racer’, Bénédicte (Adele Exarchopoulos) steps out of a Porsche after just winning a race. Greeted with an array of male gazes who are surprised at her sexuality and ability to successfully drive a car, she is instantly positioned as an object of desire. Holding an instant urge towards her, as all the other men in the cockpits do, Gigi (Matthias Schoenaerts) confidently approaches her and asks her out for a date. Failing to stop the charming advances of Gigi, all signified by his lavish pink sweater around his shoulders, the two instantly strike a cord and the filmmakers are keen to display this in an erotic fashion. 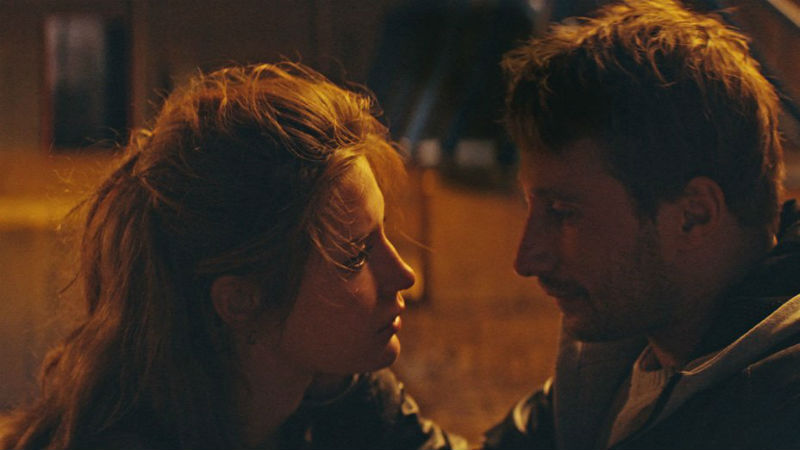 Proposing himself as a foreign car dealer Gigi is actually a gangster who robs banks and convoys for a living. Surrounded by his loud and abrasive crew, no personality is created in any of the minor characters. After being introduced to his world, Bénédicte and Gigi magically fall in love. Yet, when a bank job goes south, the two must face the repercussions on a personal and political level.

Blurring the lines between thriller and melodrama, the couple’s relationship is void of true feeling or emotive qualities. Absent is a sense of what makes them or each other tick away from sex. Their somewhat lavish lives fail to morph into a tangible sense of emotion in each structure, labelled ‘Bibi’ and ‘No Flowers’. Roskam so desperately uses every trope in the book, as illness and death, to provoke sadness or melancholy.

Collaborating with his leading man again, Matthias Schoenaerts is clearly committed to Gigi’s austere charisma around the crew and soft tender nature around Bénédicte. Showcasing the vulnerability to which the actor can portray in 2015’s Disorder, Schoenaerts when dealing with the right material can cut to the heart of masculinity’s fragility. Sadly, this is well absent here. 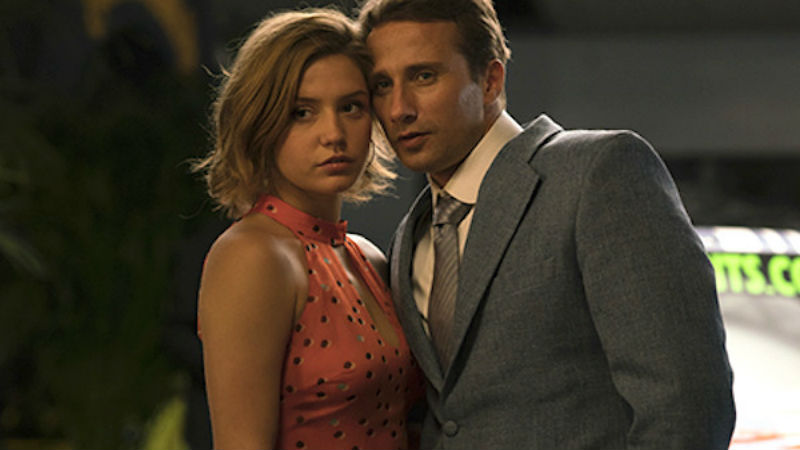 Bénédicte is written to corroborate with the follies of her partner. When his mission goes south, writers Thomas Bidegain, Noé Debré and Roskam suppress her under the grips of patriarchy and unnecessary melodrama. Rarely is she given true autonomy or any awareness to leave this toxic relationship. To Gigi’s King, she is his pawn on the chess board. Exarchopoulos’ acting exudes a lot of his oppression and sadness too. Nevertheless, this specific use of femininity, which has to sacrifice its livelihood for a seemingly cool suave man, feels as though it should be a narrative element as extinct as the dinosaurs by now.

Cinematically speaking, Nicolas Karakatsanis’ muted cinematography is swift to heighten the genre with low-key lighting. After swooshing and sweeping his camera around Margot Robbie in I, Tonya (Craid Gillespie, 2018), his work here feels imitative. Accompanied by one big set piece which so badly wants to become Michael Mann’s Heat (1995), comparable to its use of female characters, Racer and The Jailbird, feels extremely old in its lack of imagination of new settings, characters or blocking.

Finishing on a note that desperately tries to develop into a profoundly emotional final note, through replaying previous dialogue shared between Bénédicte and Gigi and a PoV shot of a car racing through the streets, the long 130 minutes running time drains the life out of this feature. In an alternative reality, one would hope the titular racer would zooms off into the distant away from the claws of the mundane jailbird…

Racer and Jailbird is out in cinemas on Friday, July 13th, and then on VoD the following Monday (the 16th). Run away from it as fast as you can!

Behind every man there's a great woman; and sometimes there's another one ahead of him: doc about the Williams reveals that profession ambitions and family life can gently complement each other - in cinemas [Read More...]

How the King of Cool fell from grace: how extreme masculinity overconfidence, perfectionism led Steve McQueen's fall from grace - on DVD, Blu-ray and digital [Read More...]