"Thoroughly sanitised movie"
Not a surefire recipe for a dirty movie! Extreme tale of sex and violence has very little to say and even less to show, and it's contrary to the teachings of Godard - from the Fantasia Film Festival

The emblematic French filmmaker Jean-Luc Godard once said: “All you need for a movie is a gun and a girl.” After watching Rondo, I no longer think this is true. This is a movie that is faithful to Godard’s maxim, thinking that all it needs to be a success is to have its main protagonist wield a machine gun in her underpants. Godard probably only said that because it sounded controversial and cool. The problem with Rondo is that director Drew Barnhardt took this phrase seriously and actually made a movie turning that quote to life. Lacking anything else in the form of plot, character development, acting ability or dialogue, Rondo’s juvenile construction will only satisfy the most rampant of gun fetishists. 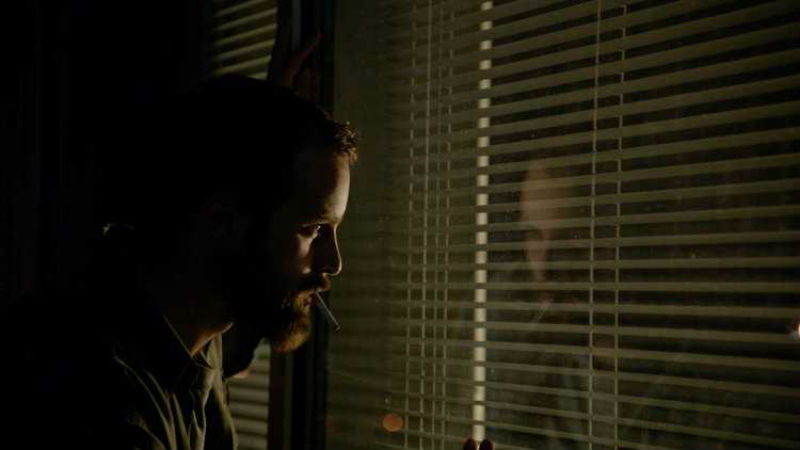 Luke Sorge stars as Paul, a war veteran suffering from PTSD, which he medicates through drugs, drink and endless cigarettes. As a result of his addiction, he has lost his home, his money and even his will to live. He stays with his sister Jill (Brenna Otts), who recommends he sees a therapist. Played with lively charm by Gena Shaw, she is a heavily pregnant woman who recommends him to replace his many addictions with sex, even going so far as to give him a card to a mysterious party. With nothing else to lose, Paul heads over to a high-rise flat where he is quickly given graphic instructions as to what he and two other men can do while having sex with a rich man’s wife – anal sex, violence and spitting are not only allowed, but also encouraged. From there, Barnhardt tells an extremely bloody tale of sex and murder that has little to say and even less to show for it.

It’s hard to say what the movie wants to be about. Without giving Paul any real character traits, we cannot feel that he is an effective conduit for someone suffering for PTSD, even seeming completely bored by the prospect of sex as a means to alleviate his emotional state. His sister fares even worse, given almost no dialogue as a woman hellbent on doing right by her brother. Why she wants to help, we will never know. Ultimately, it’s a movie uninterested in situating its characters in situations with any context, managing to shoot almost entirely in two Denver apartments alone but without creating any memorable dialogue to show for it. At times, some subpar Tarantino-esque gangsters-but-also affectations are put in, but these feel almost weightless, just biding time until the next bloody murder or salacious sexual encounter. The movie exists almost entirely to shock, but there’s nothing shocking when there’s literally no reason to care. 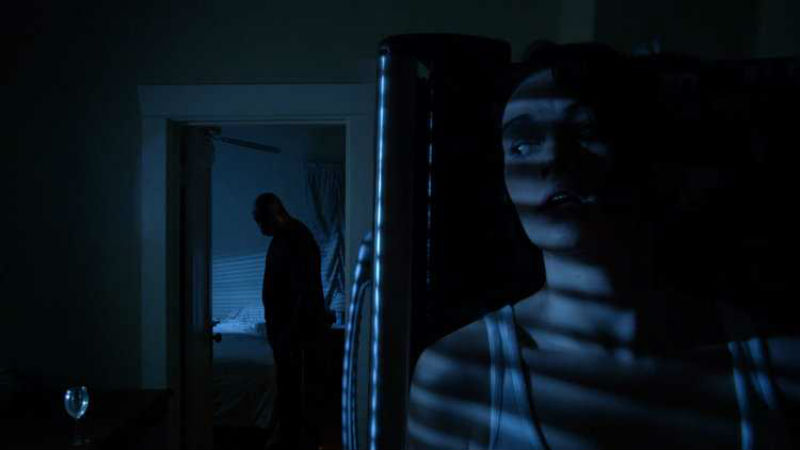 All of these thematic problems may have been forgiven if the movie had been better made, but it suffers from a series of choices that are not only distracting but ultimately become downright annoying. The movie’s biggest issue lies with its soundtrack, which is not only at times literally incongruous with what is on screen, but has a generic, repetitive quality reminiscent of what plays over epic football montage videos on YouTube. In addition, copious voiceover is used, which although initially setting the scene quickly and effectively, becomes obtrusive when filling in for moments when characters could literally just talk to one another.

The best parts lie in the gory special effects and the quick-panning cinematography, which at times suggest what the movie could’ve been if it had been allowed to breathe. Yet even the best qualities are overcooked – such as a climactic bloodbath that seems to never end, and an endlessly moving camera that doesn’t let its characters space to actually act. Coming in at a brisk 85 minutes, these bizarre choices make it feel like a commercial for yet another movie, one where characters really talk to each other for more than 10 seconds and their decisions come with real moral weight. Rondo film has the girl and the gun for sure. But as she shoots that gun, nothing else comes out but empty spectacle.