"Dirty gem"
The cult classic that helped to catapult a very young Winona Ryder and Christian Slater to fame is now 30 years old, but is its black humour still effective so many decades later?

A lot has changed in the US in the past three decades. Mass shootings have become far more prominent, while bombings continue to terrorise the nation. The Oklahoma City Bombing (1995), the Columbine High School Shooting (1999) and the Austin bombings (2018) have all taken place in this time period, all of them perpetrated by domestic terrorists. So should we still laugh at a black comedy about a high school student on an erratic killing spree (including both hand weapons and explosives), accompanied by his naive and unwilling accomplice? Short answer: YES!!! 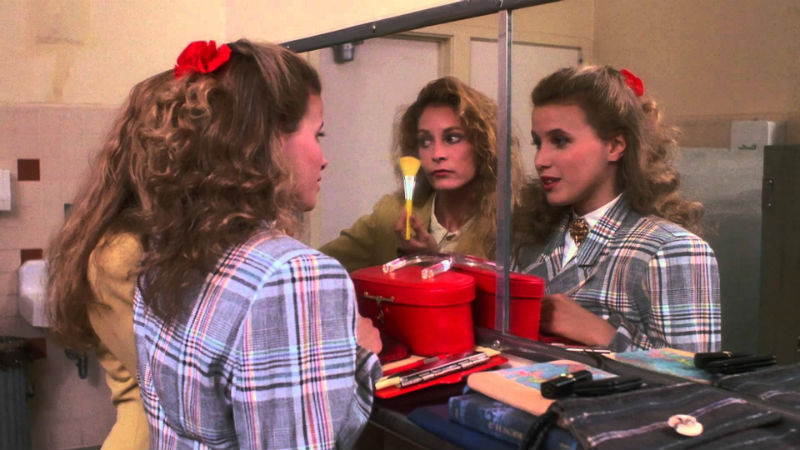 The protagonist Veronica Sawyer (a relatively unknown 17-year-old Winona Ryder, who would receive her first ever award nominations ever for this role) is part of a snooty and exclusionary school clique alongside three beautiful girls all called Heather (Shannen Doherty, Lisanne Falk and Kim Walker). The “popular girls” use their power in order to pull a prank on Martha “Dumptruck” Dunnstock, an obese classmate at the very bottom of the school’s social hierarchy. Veronica resents the bullying and wants to dissociates herself from the girls.

She then associates herself with the attractive troublemaker Jason “JD” Dean (a 19-year-old Christian Slater, already on his rise to fame). He looks sadistic and evil, a lot like Jack Nicholson in Someone Flew Over the Cuckoo’s Nest and The Shining (Stanley Kubrick, 1975 and 1980). Together, Veronica and JD encounter a very unorthodox way of ridding Veronica of the pernicious clique. They decide to play a cruel joke on one of the Heathers, but instead end up killing her. They quickly forge a suicide note as a clever ruse. Next, they use non-fatal bullets to hurt Kurt and Ram, two jocks who spread rumours that Veronica gave them oral sex. To Veronica’s surprise, the bullets succeed to kill them. She realises that these deaths were not accidental, and JD is in fact a psychotic mass murderer. The problem is that she too is implicated in the crimes, and finding a way of stopping JD without compromising her very own freedom and integrity could be more difficult than she anticipated.

The film script, penned by Daniel Waters, is dotted with punchy adolescent one-liners and dirty pearls of wisdom. They include “Veronica you look like hell! Well, I just got back” and a diary entry “I want to kill, and it’s not for selfish reasons, it’s more than just a spoke in my menstrual cycle!”. They evoke the stultifying loneliness and intrinsic cruelty of being an teenager in a ruthless and competitive environment such as an American high school. 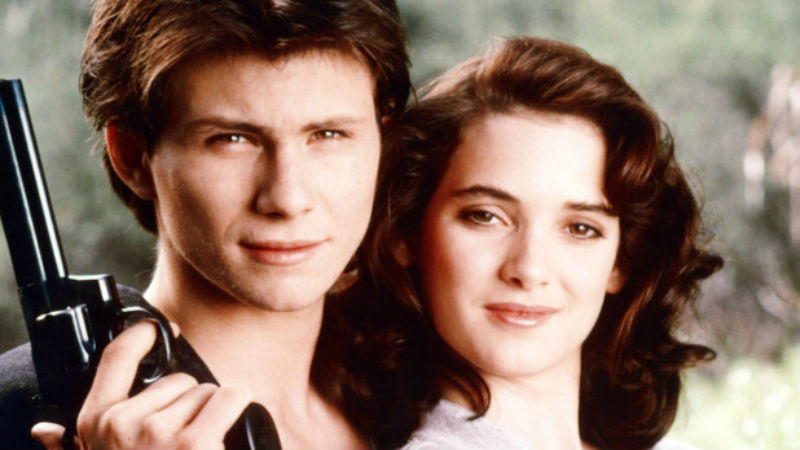 Praise must also go to the unabashedly kitsch costumes and photography. The red carpet on which the first Heather collapses and dies (in one of the fastest and most impressive poisoning scenes you will ever see), the verdant meadow on which teenagers engage in a passionate kiss and also get murdered, and the plush and garish costumes all contrast against the mostly dark settings. The elegantly murky aesthetics are reminiscent of fantasy movies. The film soundtrack is equally effective. Syd Straw’s quiet and stern rendition of Que Sera Sera opens the film, while the very groovy Sly and Family Stone version of the same song wraps up the film, suggesting that Veronica has encountered redemption and is now ready to celebrate her life with those who deserve it.

But he number of shootings isn’t the only thing that has changed in the US in the past three decades. Women have become far more prominent and empowered in cinema, and the vulnerable female – easily gaslighted or manipulated – isn’t as conspicuous. While not insulting to women, Heathers is not a feminist movie. Winona Ryder’s character is not a subversive female. This is Daniel Waters and Michael Lehman, not Diablo Cody. Veronica does eventually take the matters into her hands, but she lacks the vim and the flare of Anita in Jennifer’s Body (directed by Karyn Kusama/penned by Cody, 2009).

A sharp and brand new 4k restoration celebrating the 30th anniversary of Heathers was out in cinemas across the UK on Friday, August 10th, 2018. A digital HD version of the restoration is available on all VoD platforms.

Fifty years on, The Graduate remains as young and refreshing as ever with its simple yet extremely effective message of embracing and pursuing love at all costs... and at all ages - in cinemas this weekend! [Read More...]