"Greasy movie"
Psychedelic slasher is bleeding colours and infectious with explosive sounds, adhering to all rules of the genre and blending quite a few references - on VoD and selected cinemas

The following expression pretty much sums up this all-American slasher: “What a party killer!”. Psychotic! revolves two young musicians Tim and Stuart (played by the directors Maxwell Frey and Derek Gibbons themselves) who love partying, and there’s a masked knife-wielding killer around. An inconvenient party-pooper. Or party-killer, if you prefer. 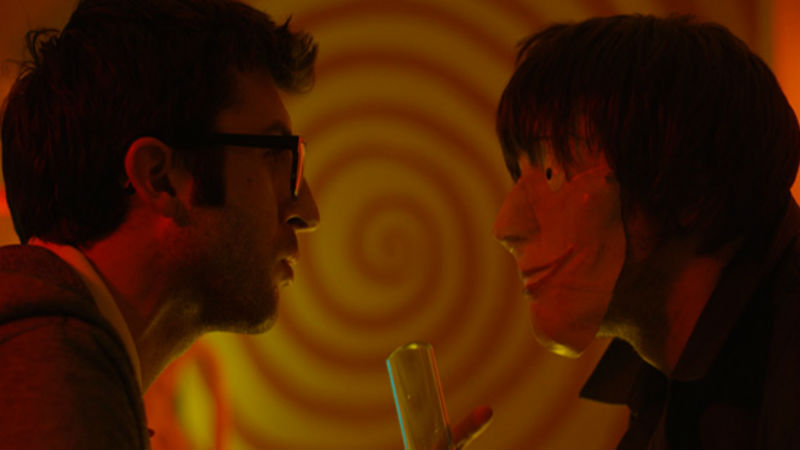 The blood-stained action takes place in the recently gentrified district of Bushwick (in Brooklyn, New York), which has become incredibly popular with rich students, artists and arts people. The two struggling artists find it difficult to pay their monthly rent of U$1,400, but this is not the only problem they have to face. Due to the proximity of the recent murder victims, Tim and Stuart reach the inevitable conclusion that the killer is one of their close friends. So, should they investigate it, or should they just sit back while the murdering spree runs its course?

The aesthetics of the movie are somewhere between Brian de Palma (with the split screens from Carrie, 1976) and Dario Argento (with plush colours and light, and frenetic action). More broadly speaking, it feels like some of tribute to giallo and the 1970s – a decade when everything was bright and colourful, even murder. The film is described as a “psychedelic slasher”, indeed a well-fitted description. This is a fast-paced, blood-gushing and groovy movie ride. Rotating spirals, a mirrored ball and dizzying flash lights add a final hallucinogenic touch, which is replicated in the film’s marketing collateral. 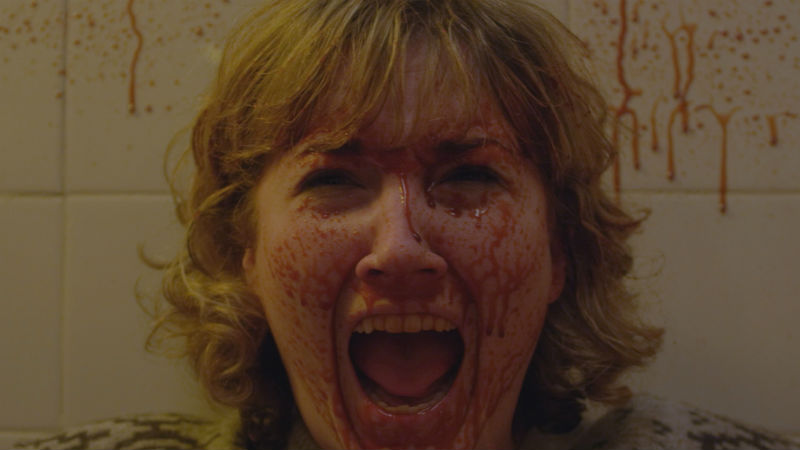 There’s plenty of entertainment for fans of gruesome butchering, including disembowelling, loud knife-twisting, squelching sounds, screaming, people chocking in their own blood, and inserting of unusual objects in makeshift orifices. Plus a touch of naughty fun, voyeurism and drug taking. Penetration acquires a double connotation. Victims normally encounter the killer as they misbehave. Just as you would expect from a slasher. But this not a perfect film: the plot gets somewhat confusing, and there is little room for coherent character development. In a nutshell, this is a fun movie, but perhaps not one to die for.

Psychotic! is out on all major VoD platforms (worldwide) on Friday, January 26th. It’s also showing in selected US cinemas during the weekend of release.