"Mostly clean movie"
Teen fantasy drama based on a real-life event is moving enough, but it also overdoes the ethereal tropes, and the outcome is sometimes a little contrived - in cinemas Friday, August 3rd, and on VoD the following Monday, August 6th

In an idyllic Sicilian village surrounded by verdant hills and forests, prepubescent teen Luna (Julia Jedlikowska) becomes infatuated with her classmate Giuseppe (Gaetano Fernandez). Shortly after their first kiss, Giuseppe mysteriously disappears from school. Luna is adamant that something is very wrong, and that the boy isn’t simply ill. She investigates and finds out that, in reality, Giuseppe has been kidnapped by the Mafia because his father is a well-known supergrass. She sets herself on a lonely quest to rescue the young boy whom she loves from the dangerous mafiosos. 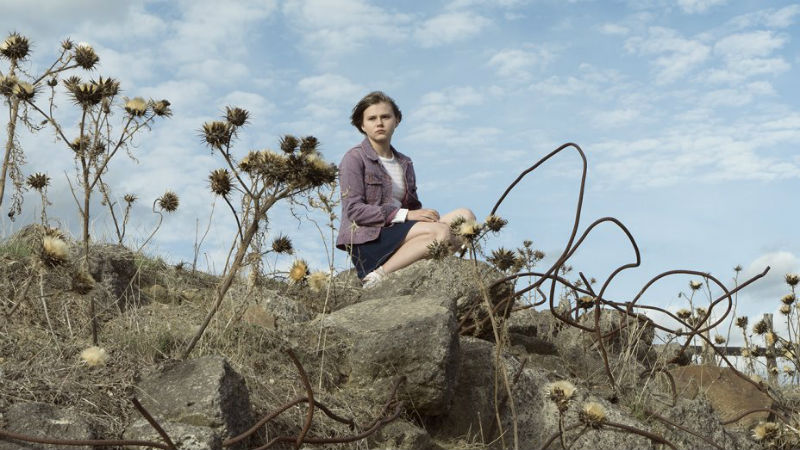 Sicilian Ghost Story starts out as a straightforward teen romance, and then quickly morphs into a fantasy drama once the boy goes missing. As Luna seeks to find Giuseppe, the two directors blends reality, imagination and allegory. His “ghost” is often present, and the two teens seem to communicate telepathically. There’s also a mysterious lake with some sort of underwater gate that could lead to Giuseppe’s hiding place, where he’s being kept shackled and in captivity.

The Sicily portrayed here is lush and vibrant, and there is no poverty at sight. It’s a million miles away from the Sicily you will recognise from the films of Roberto Rossellini, or – more recently – in the superb Happy as Lazzaro (Alice Rohrwacher, 2018).

Based on a short story by Marco Mancassola, which on its turn reimagines a real-life event that took place in the 1990s, Sicilian Ghost Story is a film that takes a lot of poetical and artistic freedoms. But it also overdoes them. The last third of the movie has more endings than Lord of the Rings. It just keeps going around in circles before reaching the final closure (which is quite shocking and powerful). It overdoes the fog/haze machine and the ultra wide-angle lenses. I think the directors intended to make a sensory film with a dreamy soundtrack (that includes Sinéad O’Connor). The outcome is little tawdry instead. 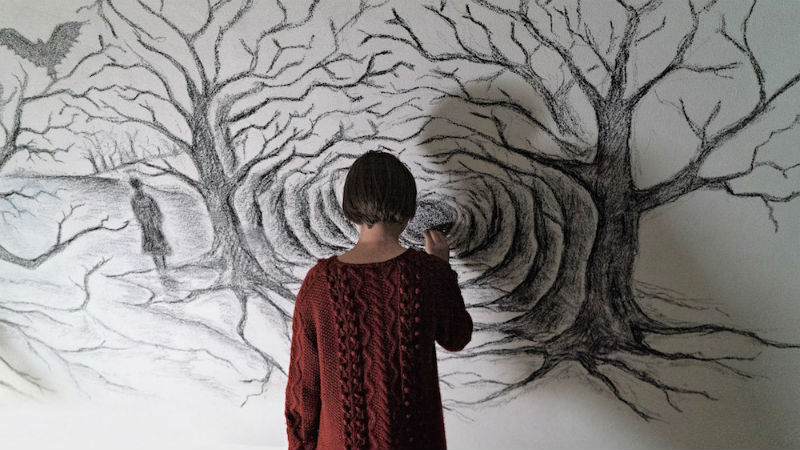 The nature and mythological tropes are also overused. Luna draws a giant image of herself penetrating the woods. Giuseppe’s profile is seen on a door in front of a magical yellow light. Plus, the directors get carried away with the symbolism of the forces of nature, particularly water. The magical connection between the mysterious lake and an underground sauna in Luna’s house is a bit awkward. Ultimately, these representations feel insipid and colourless. Just like water. Plus there’s a Shakespearean device at the end that’s beyond clichéd. Guess what that could be? You guessed it right!

There are also other problems with what could be otherwise a fascinating movie. Some of the acting is quite stilted (particularly Luna’s formidable mother), and some of the secondary plots feel unfinished and redundant (Luna’s strange relationship to her mother, and her friends in school). All in all, this is a moving film with way too many filmic shortcomings.

Sicilian Ghost Story is out in cinemas across the UK on Friday, August 3rd, and then on VoD on Monday August 6th.