"Thoroughly sanitised movie"
Punch! Kick! Twist his arm! Slash that throat! This extremely violent Korean thriller tries it very hard, but it's not going to hit you in the face

This is more or less what the Villainess is all about. In fact, it works quite well in the first 10 minutes, when it emulates some sort of video game. The problem is that the film is two hours and ten minutes long. The special effects are good and arresting enough to start with, but their unrelenting repetition with an infinite number of characters and an incredibly complicated plot make this film very painful to watch. 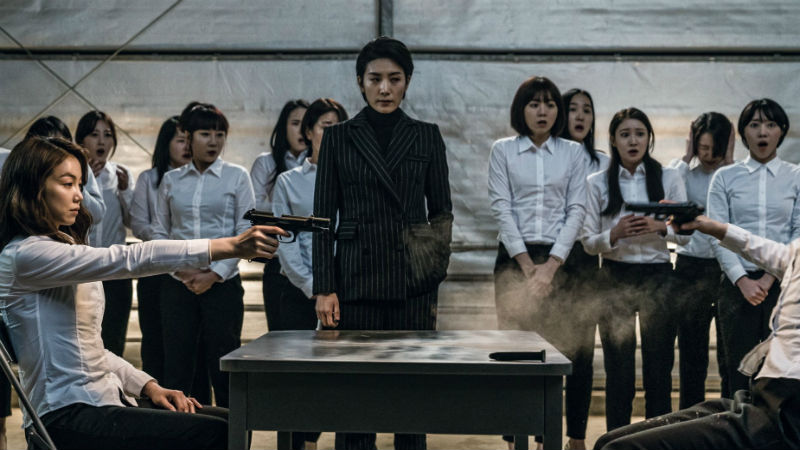 The story more or less revolves around Sook-Hee (Kim Ok-Vin), who is trained to become a highly skilled assassin. She eventually ends up working for South Korea’s Inteligence Agency Chief Kwon, where she becomes a sleeper cell. She gives birth to a daughter, is given a new identity and home, under the promise of freedom after 10 years serving her country. She falls in love with an informer, and her plans go terribly awry.

The film intends to make some sort of feminist statement by placing empowered and efficient women in the main roles (Sook-Hee and Kwon), plus many more in supporting ones. Yet the gaze is extremely masculine (the director Jung Byung-Gil is a man); this is the type of testosterone-fueled movie more likely to please men. It attempts to be some sort of Kill Bill (Quentin Tarantino, 2003), with a bloody marriage and even a daughter witnessing her father being killed from under the bed, but it fails tremendously to do so because it focuses too much on the violence, and there’s hardly any room for character development. This is neither Ang Lee nor Park Chan-Wook; it lacks elegance and cohesion.

The Villainess showed as part of the 70th Cannes Film Festival, when this piece was originally written. It’s out in UK cinemas on Friday, September 15th, plus there is a special screening at the Regent Street Cinema on Monday September 11th as a preview of the Korean Film Festival (which takes place from October 26th and November 19th)