"Greasy movie"
The last one to die... American thriller/horror directed by Japanese filmmaker resorts to recognisable devices of the genre, effectively creating an emotional bond between viewers and the hapless victims of a sadistic sniper - out now on Shudder

Scientist and novelist Isaac Asimov once said: “Violence is the last refuge of the incompetent”. Questioning neither the truth nor the wisdom of his words, incompetence in the context of violence is contradictory. Whilst yes, it is a flaw to reduce oneself to such base instincts, there is a strategic art to violence that the words of Shakespeare, from his play Macbeth perhaps most aptly describe: “Fair is foul, and foul is fair.”

In director Japanese Ryuhei Kitamura’s thriller Downrange, six American college students travelling cross-country find themselves stranded on a desolate stretch of country road when one of their tires blows. To their horror, they quickly learn that this was no accident; the tire was shot out. Pinned down by a strategically astute sniper, who mercilessly picks the group off one at a time, isolated in the searing heat, they attempt to escape their seemingly impossible predicament. 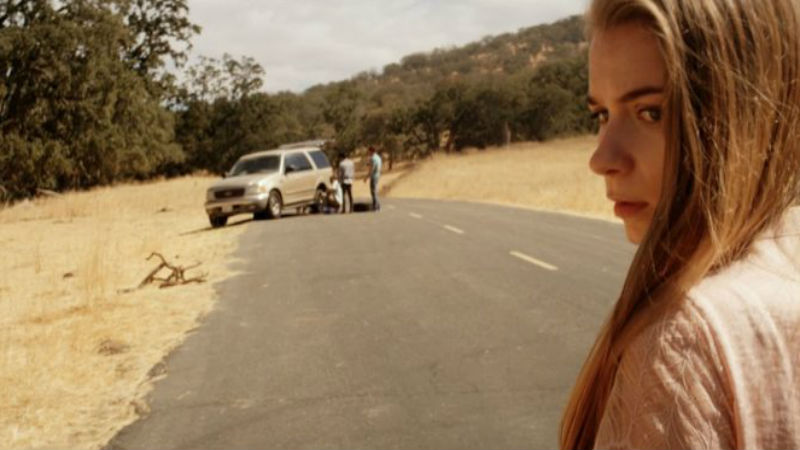 Many a riveting story has been crafted out of an uncomfortably tense predicament, yet the plot of this thriller has the capacity to touch a raw nerve within the American social consciousness. Nor is it one likely to be lost on the international audience with gun violence rife in the U.S, including sniper attacks. Cinema and storytelling is a space in which we shed our morality and fear, revelling in the company of psychopaths and vicariously feeding our primitive survival instinct through the safety of the screen. It presents the queer side of human nature, the seeming disconnect as we pursue entertaining thrills opposite the real life suffering perpetrated by those who take refuge in violence. It is a discussion this review is not equipped to tackle, yet it is a question that strikes at the very heart of storytelling and human nature, as well as story as expression. Perhaps it is even a reflection of the fact that suffering is personal and subjective, hence art as its creators and audience lacks empathy with the wider world.

The jovial banter, the taking of a selfie picture and struggling attempts to post via social media lends the group an irritating vibe, leaving one dreading the prospect of their company for even the short eighty minute run time. Although this may say more about this introverted, selfie hating critic. Yet the ensuing ordeal does manage to create a bond as we become invested in their plight. Whilst Todd (Rod Hernandez) and Sara’s (Alexa Yeames) story in particular may seem in hindsight contrived, within the immediacy of the drama it provides an effective touching beat of the emotional and human bond even in the midst of fear and terror.

Kitamura could be accused of crafting a thriller that exploits his audience by way of the pulsating struggle for survival that inevitably appeals to our dramatic instincts, without which the film flounders as superficiality of plot, over intent. This however strikes at the very essence of this type of cinema, which is in fact not without intent, but is crafted with a deliberate and attentive purpose for the sake of, over some deeper intent or ambition. These films have an adolescent appeal, one we risk shedding with age, yet at a certain juncture of our lives can be a reminder of our once primitive and adolescent tastes. Acknowledging this is to understand that cinema is transportive, allowing us to momentarily re-experience a previous version of our selves that is otherwise lost to time; art a stimulus for re-engagement. And here is the dilemma, the conflict one can sometimes feel of looking at storytelling through a more intellectual or cognitive prism, whilst that inner child provokes conflicted feelings. 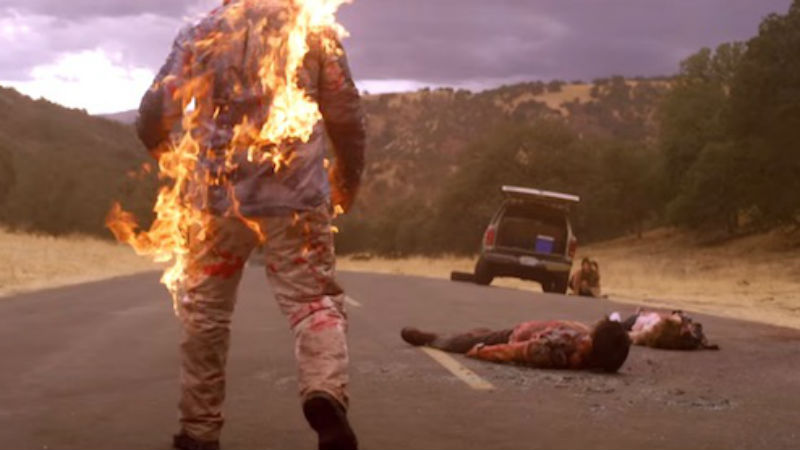 The important aspect to storytelling is the creation of provocation or conflict, which the antagonist needs not only be the source of. Here the spatial acts as a provocative presence, albeit an ironic one in which the rural is oppressively claustrophobic. Part of the appeal of a plot such as Downrange is firstly the question of whether anyone will be fortunate enough to survive, but equally our interest in the tactical “to and fro”-ing of the dual or struggle. This perhaps taps into an innate fear of the loss of control and the futility of our actions in opposition to the mystical or metaphysical force of fate to control it. Of course, fate is merely a projection of human consciousness onto a world void of consciousness, hence suffering derives from the actions and choices of man; this single sniper representing a philosophical truth.

A troubling impression overshadows the film, specifically by way of exuberant cinematography, albeit only a few occasional shots in the set-up. These creative choices have the feel of a filmmaker trying to forcefully elevate the work, Kitamura failing to exercise control and to justify the necessity of every shot. Or rather, to not commit stylistically, and in hindsight as much as Man on Fire (Tony Scott, 2004) was a head spinning sensory ordeal, at least there was a commitment to intent that is lacking here. In spite of such an inconsistency, it remains a solid piece of filmmaking, but lacks that sense of presence that gave simple plot driven films such as The Hitcher (Robert Harmon, 1986) or Duel (Steven Spielberg, 1971) a certain special aura that has allowed them to endure. Downrange is for some generations that transportive film, whilst for others it is a reverie in which a love for cinema is being forged.

Downrange is available to watch now exclusively on Shudder, the streaming service for horror movies. You can watch it for free if you subscribe to their trial service.

The cruellest demon is never to be seen... Canadian filmmaker understands the power of inference, using our imaginations as a tool to create anticipatory fear in this simple yet effective horror - on VoD and DVD [Read More...]