The Ballad of Lefty Brown

"Greasy movie"
The glory and the pain of cowboy life! Solid western featuring Bill Pullman pays tribute to the exploits of the titular character in the burgeoning and mostly lawless American mythical heartland - now on DVD and VoD

The words of American historian Frederick Jackson Turner open The Ballad of Lefty Brown: “The frontier environment is at first too strong for the man. He must accept the conditions which it furnishes or perish.” Whether this usage is an attempt by director Jared Moshé to raise up the sense of importance of his work, by standing on those metaphorical giant shoulders, it poses an immediate and scrutinising challenge. Much akin to Turner’s inference of the inhospitable frontier, the filmmaker is stepping into the western genre, an intimidating cinematic history in which aspiration can perish.

The crotchety Lefty Brown (Bill Pullman) has ridden with Western legend and the newly appointed Senator of Montana Edward Johnson (Peter Fonda) his entire life. Before departing for Washington with wife Laura (Kathy Baker), intent on leaving his loyal friend in charge of the ranch, Johnson is shot dead by a rustler. Following the tragic event, Lefty is reunited with his old friend, US Marshall Tom Harrah (Tommy Flanagan), and together they set off in pursuit of Eddie’s killer; a journey that sees the two men reacquaint themselves with the harsh realities of frontier justice. 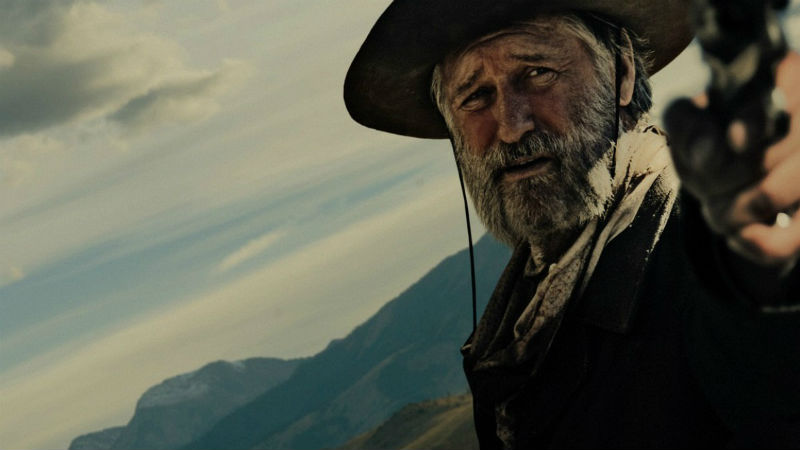 “Ballad” is an appropriated word in the context of its usage, yet as with Sam Peckinpah’s The Ballad of Cable Hogue, it casts a certain romance onto the drama. In the context of the western, it perhaps pays tribute to the exploits unfolding against the burgeoning American mythical heartland. The Ballad of Lefty Brown is set at a time when law and order on the frontier were still in their infancy, and a tradition of vigilante or mock-justice had not yet been fully extinguished, which opens the film as Johnson hangs a man. It is a theme that resurfaces more than once, looking to the slow pace of progress, specifically how ideas and here the civilisation of the untamed regions of the US naturally calls on the death of a generational ethos. This period of transition from frontier justice to law and order in Moshé’s drama, whether consciously or not by the filmmaker, is constructed upon the Jungian concept of the confrontation with the shadow complex, which is in fact broadly a feature of the western genre.

In his collected works, Carl Jung addressed the idea of moral authenticity and the infringements of religious moral instruction. The political machinations behind the events of the film’s narrative therein can be read as offering a thought on law and order’s vulnerability to the shadow complex. What is witnessed is the way an individual is able to transform the legal and civilised authority into a faux justice, or another form of frontier justice, only known by a different name. Herein Moshé offers an allegory of a Jungian nature that addresses the need for that confrontation with the shadow complex, and champions morality as not a social construct, but a psychological one. Importantly, the ugliness of frontier justice becomes not just a way of life, but a reflection of man’s freedom to attain moral authenticity. 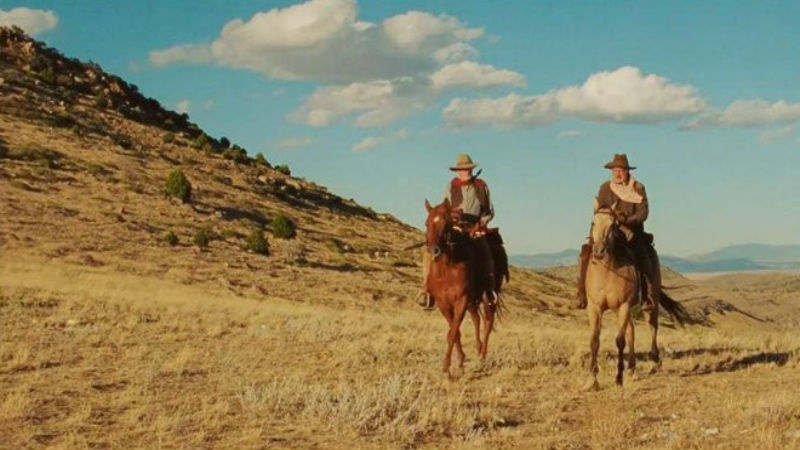 Outside of the Jungian inclinations, one of the themes that resonates most strongly is the uncomfortable intersection between storytelling and reality, that reopens old wounds for Tom. Spiralling outward from this is the reality versus the romanticisation of heroic acts, amidst the realities of frontier justice that becomes the story arc of a young kid Lefty takes on as a travelling companion. But for Tom, his arc has an inflection of religion, his pursuit of the rustlers his own journey into the desert to be tempted by Satan. In as much as this may be Lefty’s ballad, he becomes the centre point around which characters and the events revolve, the character that leads us on a journey and opens up a world and its people to us.

The western often has us waiting for that next masterpiece; sadly The Ballad of Lefty Brown does not bring that wait to an end. A solid western, it falls into the shadow of the great works of the genre by the heavyweight filmmakers. There is of course no shame here, but thinking of Kevin Costner’s Open Range (2003), the success was revisiting the classic western form, offering nothing new, but trusting in the affection we feel for the genre in all its familiarity. Yet at the same time it stood up to other fine examples of the form. The comparisons between The Ballad of Lefty Brown and other western films, for example Once Upon A Time in the West’s (Sergio Leone, 1968) themes of progress, business and politics, as well as the personal transformation of Frank (Henry Fonda) compared to Montana Governor James Bierce (Jim Caviezel) here, only undermine Moshé’s film in hindsight. One cannot help but consider those opening words of Turner’s as a forewarning of the film’s eventual fate with time.

The Ballad of Lefty Brown is out on DVD and VoD on May 7th.

Go East! Stay away from this Western, unless you think religious undertones and extreme violence towards women are the right ingredients for the genre - in cinemas now [Read More...]