"Greasy movie"
The cruellest demon is never to be seen... Canadian filmmaker understands the power of inference, using our imaginations as a tool to create anticipatory fear in this simple yet effective horror - on VoD and DVD

Slow-burn suspense-horror Pyewacket is most aptly described as a cautionary tale of the dangers of impulsive feelings, the failure of familial communication and the isolating and fractious nature of grief. Shrouded within an eerie suspense that delights one’s salivating hunger for that tense and nerve-shredding experience, it echoes the dual inclination of storytelling as both entertainment and parable.

Following the death of her father, teenager Leah (Nicole Munoz) is forced by her mother (Laurie Holden) to up sticks and move to a house in the woods somewhere in rural Canada. Obstinately facing the reality of having to leave her school and friends behind, in anger she turns to black magic and naively performs an occult ritual that summons the otherworldly Pyewacket to kill her mother. Upon realising her error, she desperately attempts to reverse the spell, but in order to undo the original spell, she must repeat it. 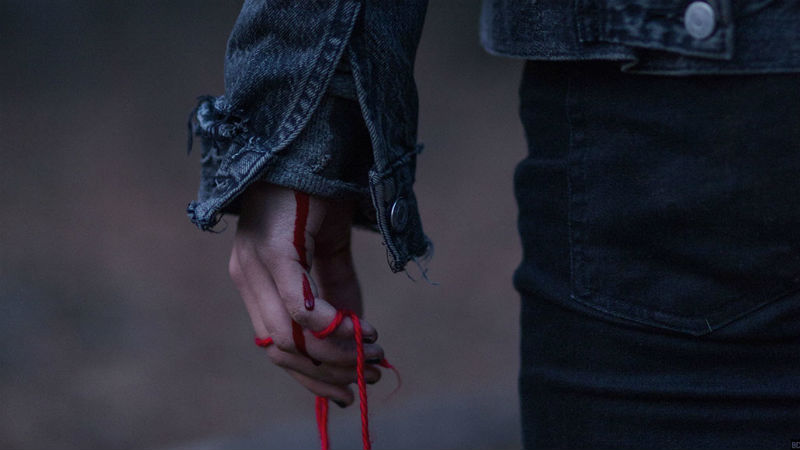 By way of the fractious internal and external family dynamic of a grieving mother and daughter, the story pulses with the telltale heart of emotional authenticity. Thematically this struggle to mourn amidst the transformation of the family following the death of the patriarch emerges with a strong resonance, symbolised by the relocation of the family and the spatial contrast of the woods to the urban. More significantly, it reveals the innate conflict within the collective bonds of friendship and family, offset by our individual needs and sense of belonging. Yet the internal angst of the film’s protagonist coupled with the emotional authenticity of the personal drama, highlights the skill of MacDonald the storyteller to tap into that which lies beneath the story, the characters and its audience.

Pyewacket’s nature to take on many forms casts this supernatural entity as a reimagining of Christianity’s great deceiver, who similarly to the devil, its true identity is unknown. Hence the evil Leah awakens is the purest form of terror, that which is unseen, existing only as a spiritual entity without a permanence of physical form. In as much as cinema is a visual medium, what is unseen is of paramount importance. MacDonald understands the power of inference, using our imagination as a tool to create anticipatory fear, rather than exhausting the onscreen space and actions. He evokes our imagination, using our negative associations of black magic and spells, of the afterlife, and memories of creaking floorboards, as well as the disquieting feelings of being watched or followed to create suspense that is borne out through our feelings.

Here the camera movement and sound are a means of manipulating our emotional or sensory reactions. This practice asserts the filmmaker’s understanding that a film lives inside the minds of his audience, the onscreen a gateway to the real stage upon which fear manifests. It is not an external but an internal one, echoing Leah’s internal angst, who in turn draws us into her web whilst MacDonald looks to that which lies beneath with a deft hand. 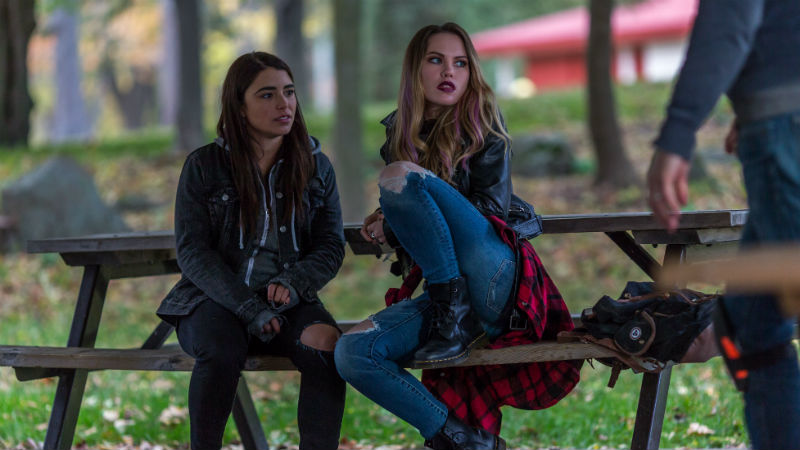 The appeal of Pyewacket and its very simple plot could – with all due respect – be labelled an effective Friday night horror film. Yet look a little closer and there is something appealing about its simplicity. Unlike The Orphanage (J.A. Bayona, 2007) and more recently The Babadook (Jennifer Kent, 2014), which also dealt with themes of grief, painted with a richness of detail and colour, Pyewacket is a black-and-white rough sketch. It lacks the finesse touches yet retains a raw thematic and narrative simplicity that the others forego.

Here is a film that will be dismissed by those with a desire for a more intellectual realisation of its themes, yet it is misguided to dismiss MacDonald’s methodical slow-burn execution, offsetting emotional family drama with an unsettling, and in moments oppressively suspenseful and disquieting atmosphere. The extremes of entertainment and intellectual exploration of the themes aside, Pyewacket is a modern parable, haunted by the spectre of this tradition, in just as much as its lead protagonist enters into a Faustian dance with her own supernatural antagonist. Therein, the simplicity is justified, serving the two masters of cautionary tale with an entertaining and suspenseful horror.

Pyewacket is released on HD VoD on April and DVD on 23rd April 2018 from Signature Entertainment.

British horror movie about bereavement of a child and the strange and jarring ways in which grief can manifest itself has interesting prerogative but also quite a few flaws - in cinemas Friday [Read More...]