"Greasy movie"
In the realm of the seances: French outing for Japanese director Kiyoshi Kurosawa is a strange, meditative ghost story which straddles both cultures – watch it now on VoD

In a large house in a rural French town, contemporary photographer Stéphane (Olivier Gourmet) employs 19th century daguerreotype photographic plate techniques involving lengthy exposures. (The “chambre noire” of the title is the French term for both “darkroom” and “camera obscura”.) Subjects must remain utterly motionless for 20 minutes at a time in order for their image to be captured without becoming blurred. Stéphane attaches his models to metal rigs designed to hold them in place for the duration, an experience both uncomfortable and sometimes painful for them. He makes a living from fashion shoots set up by his colleague Vincent (Mathieu Amalric).

In between paid gigs, Stéphane obsessively photographs on a larger plate camera life-sized images of his 22-year-old daughter Marie (Constance Rousseau) just as while she was still alive he previously lensed his late wife Denise (Valérie Sibilia). Exposing his daughter for longer and longer periods of time of around 60 minutes, he sometimes has her drink liquid compounds to help her keep still. 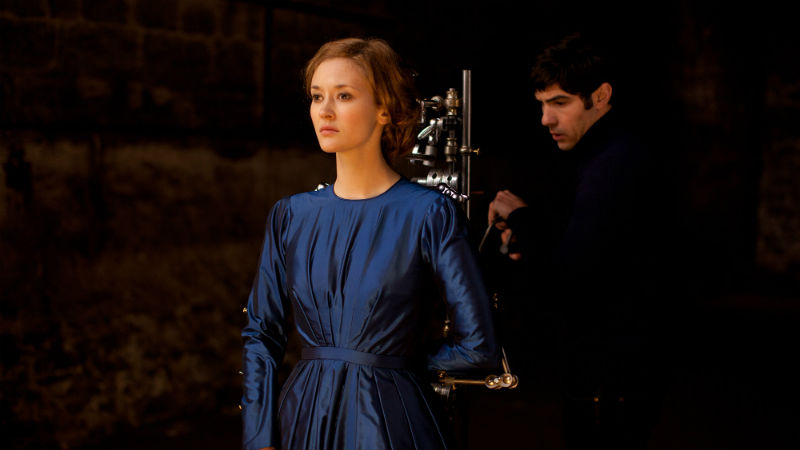 Marie is concerned that the mercury-laden chemicals required for her father’s work, spillages and seepages of which can kill vegetation, are stored near the greenhouse in which she’s grown rare plants since she was a child. She wants to study botany and gets accepted on a course in Toulouse. This would mean moving away from home. She’s deeply unhappy about the father-daughter relationship and her father’s new assistant Jean (Tahar Rahim), talking to estate agent Thomas (Malik Zidi), hatches a plan to convince Stéphane of Marie’s death so that he will sell the house at a low price enabling Jean and Marie to make a fast buck by reselling at market value. It’s the sort of plot from which Hitchcock or Chabrol might have made a terrific suspense thriller.

“He’s confused photography and reality for so long he can no longer tell the difference between the living and the dead”, Marie confides to Jean. A few minutes in, when neither Jean nor the audience have been introduced to Marie, he spots her as a silent apparition in a blue, nineteenth century dress moving slowly up a staircase to be briefly framed like a pictorial subject in the circular landing above. Have we just seen a ghost?

Occasional creaks, blackouts and apparitions recall classic ghost stories like The Innocents (Jack Clayton, 1961) or The Haunting (Robert Wise, 1963). There’s a scene when Marie emerges from a bedroom that recalls the a similar scene in Vertigo (Alfred Hitchcock, 1958) and there are echoes in the father’s moulding his daughter into her departed mother which recall Obsession (Brian DePalma. 1976), itself a reworking of Vertigo. The heavily melancholic/ romantic score by Grégoire Hetzel, while light years away from Bernard Herrmann’s work for Vertigo and Obsession, has a similar effect. 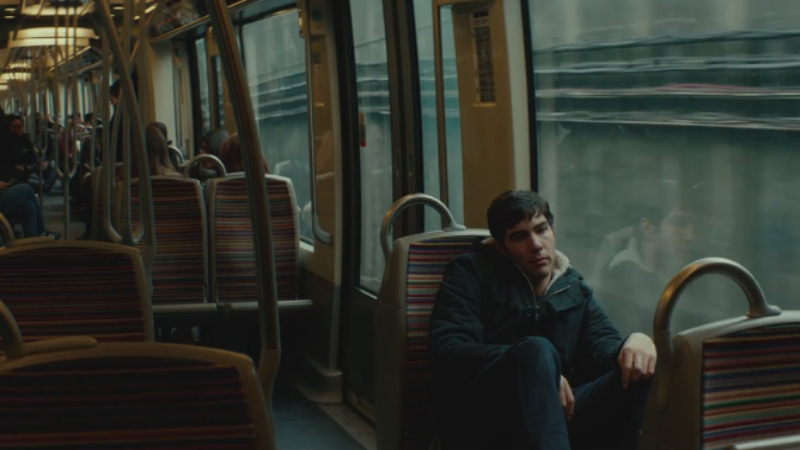 However, those expecting a shocker like Kurosawa’s own Pulse/Kairo (2001) or Creepy (2016) are likely to be disappointed. Admittedly, an unexpected fall down some stairs proves as unnerving as anything in Pulse/Kairo and unsettling corridor lighting cues recall rival J-horror ghost outing Dark Water (Hideo Nakata, 2002). Yet the film largely eschews J-horror shock tactics to deliver a far more meditative, languorous and fluid experience to dreamlike, ethereal effect – as you might expect from a film based around the slow processes of nineteenth century photography.

Despite the French cast, crew, locations and architecture, this feels every inch a Kiyoshi Kurosawa film with numerous echoes of his other, Japanese-shot work. Opening exteriors recall the house that opens Before We Vanish (2017) and in almost every scene, there’s a clean feel to the composition familiar from those other films. Away from his native Japan, Kurosawa has imposed his own unique visual sensibilities on French culture and come up with something at once recognisably French and at the same time strangely alien to that culture.

(A note on spelling: the photographic plate is referred to as a ‘Daguerreotype’ after its inventor Louis Daguerre, while the film’s title drops the second ‘e’, presumably to make the English title’s pronunciation easier for a popular audience.)

Daguerrotype is available to stream on all major VoD platforms, and is part of the Walk This Way collection. And don’t forget to check our interview with Kurosawa!