"Greasy movie"
Luxor-iate in the gorgeous settings of this travelogue film, boasting a fine performance from British actress Andrea Riseborough - on Sky Cinema and NOW on Wednesday, June 23rd

From her taxi driver to hotel staff to chance acquaintances in ancient ruins, Hana (Andrea Riseborough) seems to know everyone in the historic Egyptian city of Luxor. Staying in the gorgeous Winter palace hotel — a Colonial-era resort that would easily fit into the 1920s setting of The Mummy — she has returned to the beautiful town in order to look for something.

But what is it? Is it romance? Closure? Possibly both, or something else entirely. It’s hard to say with the enigmatic Luxor, which basks in arthouse tropes in order to reflect upon the difficulty of the human condition and overcoming trauma. Eschewing conventional narrative in favour of reflection and contemplation, it’s a clever, self-reflexive film boasting yet another fine performance from Andrea Risebourgh.

Hana is an aid worker and doctor, who in her time working in the Middle East, seems to have come across genuine suffering and brutality. She’s also suffering from memory loss; even claiming to have forgotten her trip to the great city of Abydos — a city we are told no one forgets in a rush. She criss-crosses the bustling modern streets of the city as well as the empty, gorgeous ruins, the camera unafraid to cut to the landscape and ancient drawings as a means to connect her with the world around her.

Operating in arthouse territory reminiscent of Michelangelo Antonioni and Alain Resnais’ existential vacations, Luxor is filled with long pans, silence, and empty spaces. The storytelling is also elliptical, especially when it comes to matters of sex, director Zeina Durra showing us everything but the act itself. By reducing the passion of the moment, Durra intellectualises the experience of romance and connection, making us really think about what it means to revisit a place of pain while searching for something new. 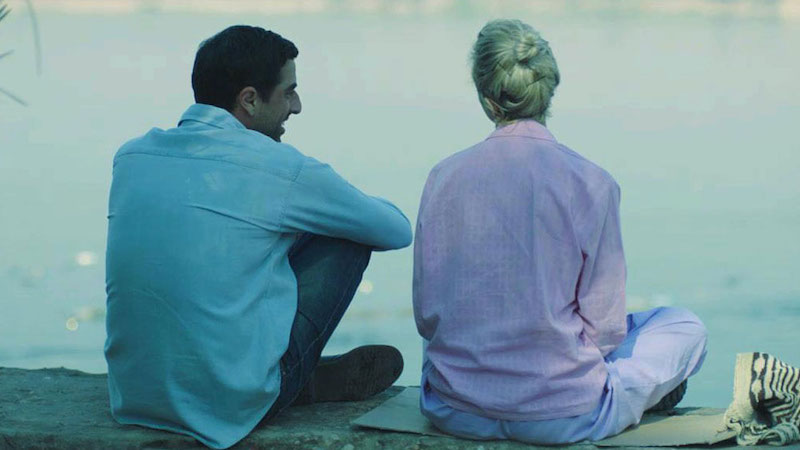 While initially appearing to fall into common white-people-in-North-Africa tropes seen in dozens of Hollywood productions, Luxor actually interrogates (and celebrates) the setting of the film instead of simply using it as a backdrop for Western anxieties. London-born director Zeina Durra — who is of Bosnian-Palestinian-Jordanian-Lebanese descent — seems to actually understand the magic of the city, a place rich with both Egyptian and Islamic history.

It’s all held together by the central performance. It’s hard to think of a more consistently brilliant and varied actress than Riseborough. Even when she takes risks that don’t quite meet their targets, her work proves her willingness and ability to really get into the skin of her characters. At first, Hana seems like a conventional Brit abroad, staying in a posh hotel while profusely apologising to the bellboy for not having any change for a tip. But Riseborough slowly allows this facade to crack, opening herself up to the possibility of experience, change and renewal.

There are several moments that simply follow her as she wanders off from a group and stares into the distance, processing the landscape while thinking deeply about something. In the hands of another actor, these moments may came across as banal or as pretentious, yet Riseborough manages to keep our attention and see the world alongside her. Luxor-iating (sorry) in its surroundings, this is a slow and patient character work that rewards close attention.

Luxor is out in virtual cinemas on Friday, November 6th. On Sky Cinema and NOW on Wednesday, June 23rd.

It is a movie that has been speculated about for almost a decade, but rumours have once again emerged this year regarding the prospect of a new big-screen take on the story of Cleopatra! [Read More...]