It is a movie that has been speculated about for almost a decade, but rumours have once again emerged this year regarding the prospect of a new big-screen take on the story of Cleopatra!

For those not up with their ancient history, the legendary historical figure ruled Ancient Egypt for almost 30 years and was known for her incredible intelligence. Furthermore, her famous liaisons with the likes of Julius Caesar and Mark Antony have only enhanced the myth around her further, creating the idea that she was a seductive and fierce ruler.

All of this has combined to make Cleopatra a true icon of history and pop culture. Indeed, her story has been told on the big screen many times, with perhaps the most famous take of them all being Joseph L Mankiewicz’s 1963 Cleopatra (pictured at the top) starring Hollywood titans Elizabeth Taylor, Richard Burton and Rex Harrison.

She has also gone on to make appearances elsewhere in pop culture, even reaching video gaming with an appearance in titles such as Sid Meier’s Civilization VI. The icon has even been used as the basis for online slot games, too, with Betway Casino being among several sites to feature a title about her. Created by IGT, it features a range of imagery and audio all aimed at bringing Ancient Egypt to life. Cleopatra also gave her name to the 1990s girl band of the same name, who went on to support the Spice Girls at the height of their fame and were eventually given their own TV series.

Another place where Cleopatra has understandably made an impact is in literature and it is Stacy Schiff’s 2010 book Cleopatra: A Life which is expected to be the inspiration for a new movie about the historical figure. The book received huge critical acclaim on its release and has been described as separating fact from fiction to “rescue” the reputation of the queen.

So what do we actually know about this eagerly anticipated new filmic take on Cleopatra? Well, towards the end of 2017, All the Money in the World screenwriter David Scarpa revealed to The Hollywood Reporter that he was working on the film. Plus, it was also suggested that Denis Villeneuve, arguably best known for Arrival (2016) and the incredible spectacle of Blade Runner 2049 (Ridley Scott, 2017), was attached to direct.

Discussing his hopes regarding the film, Scarpa outlined how the aim was to create a political thriller full of swearing, sex and intrigue rather than making a “prestige” type of picture. There has been little word on the film since then and with Villeneuve now hard at work on Dune, it is difficult to say what the project’s current status is.

However, reports at the start of this year suggest it is still very much alive, with new names being linked with taking on what would be an iconic leading role.

Angelina Jolie has been talked about alongside the project since the very beginning, with some web users even going through the process of creating fake trailers using footage from movies including Alexander to showcase how she could look in the role.

More recently, other actresses to be linked with Cleopatra include Lady Gaga, who of course is back on top of her game after her incredible performance in A Star is Born (Bradley Cooper, 2018). Movie fans on social media have also gone on to speculate that others should be considered too. Rihanna recently starred in Donald Glover’s short film Guava Island (Hiro Murai, 2019) and has been suggested as an option, while some even think that Beyonce could be considered.

As Oprah Mag outlines, the latter is a particularly fascinating and frankly mind-bending suggestion considering the former Destiny’s Child star’s character in Dreamgirls (Bill Condon, 2006; pictured below) was going to play Cleopatra in a movie. 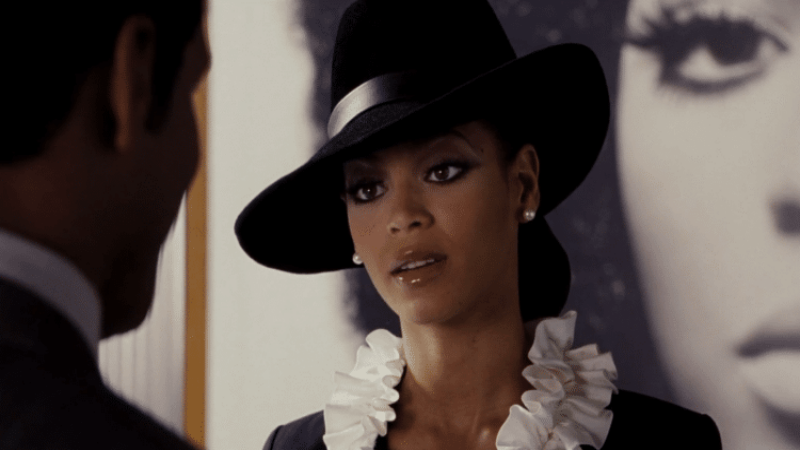 It is fair to say that all of the speculation around a new Cleopatra movie is massively intriguing. With such a project likely to be an ambitious one in terms of both story and spectacle, it is something that we are bound to see plenty of discussion and debate about going forward.

The idea of a new big-screen take on the legendary ruler’s life has been doing the rounds for some time, but there remains no firm indication as to when a date for the movie could be added to our calendar. However, producers will undoubtedly be hopefully of creating something that will truly be worth the wait.

Our writer takes a dirty look at the third remake of the Hollywood classic A Star is Born, and reveals why the paternal figure, played by Andrew Dice Clay, remains instrumental to the protagonist, played by a dazzling Lady Gaga  [Read More...]