"Thoroughly sanitised movie"
This disjointed X-Men afterthought proves that some things aren't worth waiting for - the latest addition to the Marvel franchise is on Sky Cinema and NOW on Friday, June 11th

In what may be the quietest Marvel opening in years, The New Mutants‘ relatively modest release date (a week either side of Christopher Nolan’s Tenet depending on your location) is a fitting end to a troubled production. Josh Boone’s directorial follow up to The Fault In Our Stars should have come out in April 2018, but a series of unexpected events led to the film being dragged along release slates for two and a half more years.

Reshoots, release date shuffles, Disney’s acquisition of Fox, and rumours of the studio’s lack of faith in the film saw it skid along Fox’s slate until it became an unwelcome guest in Disney’s new landscape. Its parent company reportedly has no intention of continuing the current 20 year X-Men continuity, leaving this spin-off of a dead franchise looking for a home. After rumours of a Disney+ debut, it made its way to cinemas, although arriving while many cinemas are at limited capacity, and in the wake of a much more popular film tells you everything you need to know about the studio’s faith in it.

Blu Hunt stars as Dani, a teenager who wakes up in a hospital with memories of a terrible tragedy. She is told by the facility’s doctor, Cecilia Reyes (Alice Braga), that her family is dead and that Dani is a mutant, who must remain at the facility until her powers are under control. She meets her fellow patients, all of whom possess their own powers and accompanying psychological scars. Believing they are being trained to be X-Men, the group soon learn there is something more sinister afoot.

The end result is a film that has been workshopped to death. What should have been a subversive middle finger to the often earnest Old Mutants is in reality a roughly sketched teen hospital drama where the inmates happen to burst into flames. Not particularly funny, moving, or scary, the film shuffles some ideas around before another effects-heavy sequence renders them meaningless. 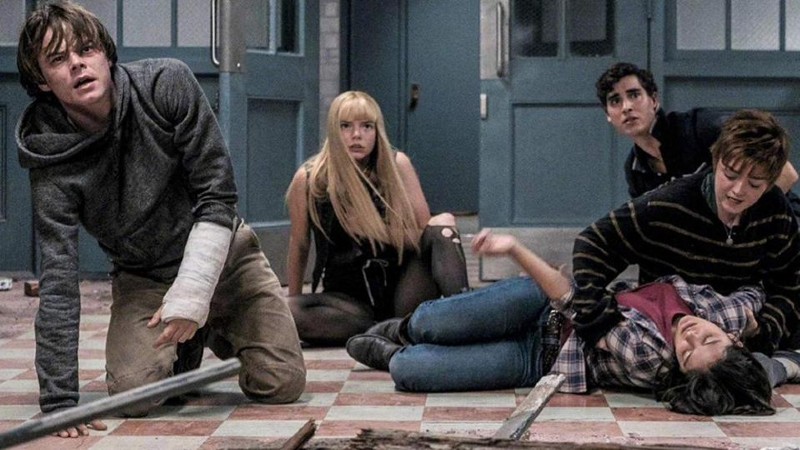 Some of those ideas have promise. Maisie Williams gets the closest thing to character development as Rahne, a Scottish mutant hounded out of her religious home after turning into a wolf. Rahne struggles to reconcile her beliefs with her powers as well as her sexuality, eventually forming a romantic connection with Dani. How frustrating that such welcome LGBTQ+ representation should come in a film destined to be an afterthought.

The rest of the cast are not so lucky. The talented Anya Taylor-Joy is wasted here as Illyana, a Russian mutant written as little more than a high school bully. The star falls foul of some uncomfortable script choices, mainly Illyana’s racially charged abuse of Native American Dani (mockingly calling her ‘Pocahontas’ among other things). The character becomes an ally eventually, but it’s difficult to root for her after such a brash start.

Team mates Charlie Heaton and Henry Zaga are virtually anonymous, while Braga’s antagonist seems to explain plot points rather than wreak terror. With only the loosest connections to Wolverine and Co., this is a house full of characters waiting for something to come along, and when it does the stakes seem non-existent.

The New Mutants feels less like a movie than an obligation – a film shrugged into cinemas perhaps. On Sky Cinema and NOW on Friday, June 11th.