"Filthy genius movie"
Think Disney can't get dirty? Think again! Black Panther is a masterpiece of innovation and creativity, with tons of sociopolitical flavours, plus challenging a long-established orthodoxy in the superhero world! In cinemas Tuesday

Fifty-two years after his first appearance on the pages of the Marvel Comics Fantastic Four, T’ Challa the Black Panther and King of Wakanda, the Afro-futurist North-East African country in the Marvel Universe, has finally been honoured with his standalone Marvel Studios movie (the 18th superhero instalment in the American franchise owned by Disney, and part of Phase 3).

Chadwick Boseman takes the royal mantle for the second time after Captain America: Civil War (Joe and Anthony Russo, 2016) and the death of his on-screen father, King T’ Chaka (John Kani) in the most political Marvel movie so far, deftly directed by Ryan Coogler (best known for the dramas Fruitvale Station, 2013, and Creed, 2015), who is originally from Oakland, California.

The movie opens with an explanation of Wakanda’s history and how the Vibranium, the sound and vibration-absorbing metal only present in the country stands at the core of its development. After this introduction we’re transported to Oakland, California, where the Black Panther Party was founded in 1966, a few months after the first comic-book appearance of T’ Challa – this sequence turns out to be pivotal. 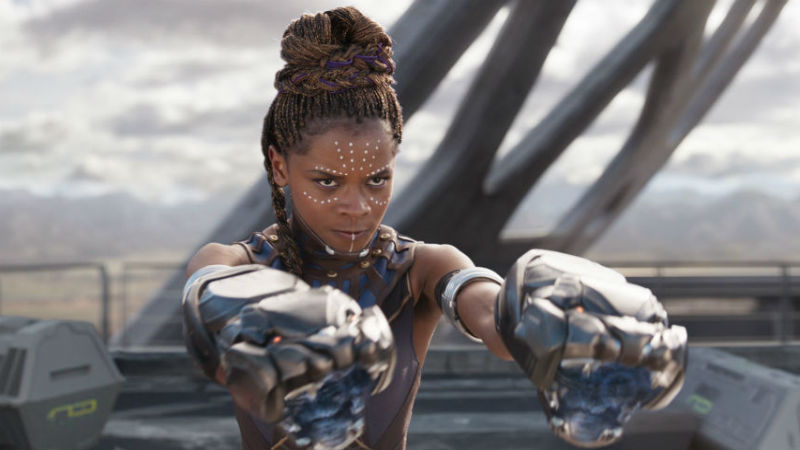 The storyline set in the current days takes place shortly after Civil War, and in the first action sequence, we can immediately spot a reference to Boko Haram’s enslavement of women and then meet two of the kick-arse females, Okoye (Danai Gurira) general of the royal all-female guard, the Dora Milaje and Nakia, a Wakandan spy and T’ Challa’s former/ current love interest (Lupita Nyong’ o).

This pattern will continue as there are no damsels in distress in Wakanda, but rather fierce and independent women like Queen Ramonda (the royal Angela Basset) and Princess Shuri (Letitia Wright, pictured above) who is a tech wizard, just like Tony Stark (from Iron Man). She also operates as Q to T’ Challa’s Bond – this spy-movie element in central to the plot. The cast also includes Londoner Daniel Kaluuya as T’ Challa best friend and head of security of Wakanda’s border tribe W’ Kabi, Winston Duke as the leader of the Jabari tribe, M’ Baku, and Forest Whitaker as the mystical warrior Zuri. The only two white actors are the Britons Martin Freeman and Andy Serkis, who both appear for the second time in the Marvel Cinematic Universe, the former as an ally to T’ Challa and the latter as Wakanda’s public enemy number one and movie villain. Erik ‘Killmonger’ Stevens, played by Michael B. Jordan ( Fruitvale Station, Creed ) is the King’s real nemesis, in an outstanding performance.

The flow of the movie is powerful, with plenty action, comic relief as well as deepness and intense dialogues: suspense and thrill is around and Coogler takes the viewer on a first-class journey to Wakanda. Language also matters in Black Panther as, while the general one in the movie is English, the black cast at times speak Xhosa, a Nguni Bantu language and one of the official tongues of South Africa (and the language of Mandela).

There is also a mystical, visionary element in the movie and when T’ Challa ascends to the throne and drinks the extract of the heart-shaped herb. We are transported into an entirely different world, on the astral plane, while the technology of Wakanda amazes and astonishes, alongside the fantastic soundtrack with Kendrick Lamar, SZA and the Weeknd. 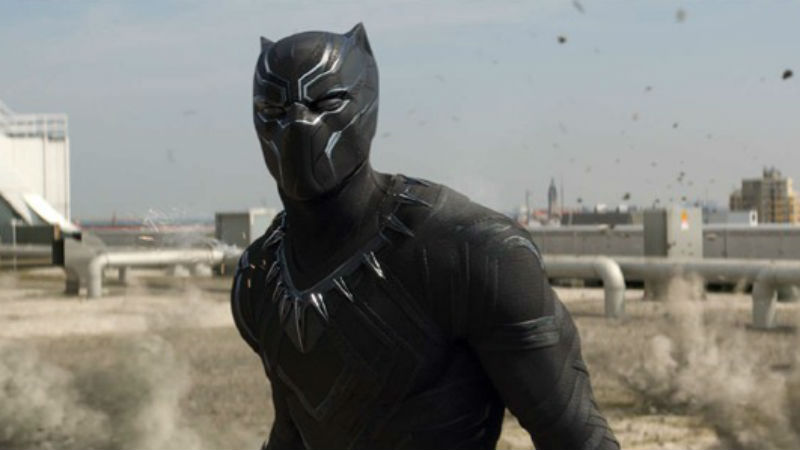 Killmonger is the best Marvel villain so far, since Tom Hiddleston’s Loki, as he embodies the pain and the suffering of the whole African diaspora. In a way, he embodies all black people, past and present. While isolationist Wakandans might say that only their countrymen’ lives matter, Jordan’s character would say that all black lives matter and it is about time that Wakanda does something about it.It’s easy to identify with Killmonger, and perhaps we should call him an anti-hero instead of villain. Similarly Magneto (from X-Men), played on screen by Sir Ian McKellen and Michael Fassbender both.

T’ Challa instead is a King and has responsibilities totally different from his fellow superheroes. He’s not in charge of loved ones, like Spider Man or Peter Quill (Guardians of the Galaxy). He has to look after his entire people collectively, and to lead a country that is both extremely advanced and traditional. This is the first time that a Marvel film that addresses race issues. Inspiring black characters need to be brought to a wider audience. Improved representation of black people on the silver screen could lead to improved representation of other groups, such as Asian and Middle Eastern.

Black Panther is out on Tuesday, February 13th. Plus, the King of Wakanda will return once again in Avengers:Infinity War directed by the Russo Brothers on May 4th. So stay tuned!

Who needs a lesbian princess?

As the world speculates whether the magic cinema of Disney is ready to crown a lesbian princess, we raise a different question: do LGBT people need to embrace an institution as archaic as princesshood? [Read More...]