"Greasy movie"
In this auspicious German drama, there are hardly any reasons to celebrate as Övünç enters the fourth decade of his life - watch it for free with ArteKino during the month of December only

A somewhat millennial take on the midlife crisis, Simona Kostova’s Thirty follows a bunch of friends in a hip Berlin neighbourhood for 24 hours while they celebrate – or at least attempt – the birthday of one of them. The German drama, which premiered in Rotterdam earlier this year and is available online throughout December as part of the ArteKino Festival, is a snapshot of the existential ennui of the 30-somethings.

The writer Övünç (Övünç Güvenisik) turns 30 and calls upon his mates to party, all the while coping with a severe creative block. His friend Pascal (Pascal Houdus) is coming to terms with a bad breakup with Raha (Raha Emami Khansari), a struggling actress with bouts of depression. Other members of the group – such as Henner (Henner Borchers) and Kara (Kara Schröder) – also deal with insecurities. Together, they venture outside in order to enjoy life, although internally, they have no clue how to begin. 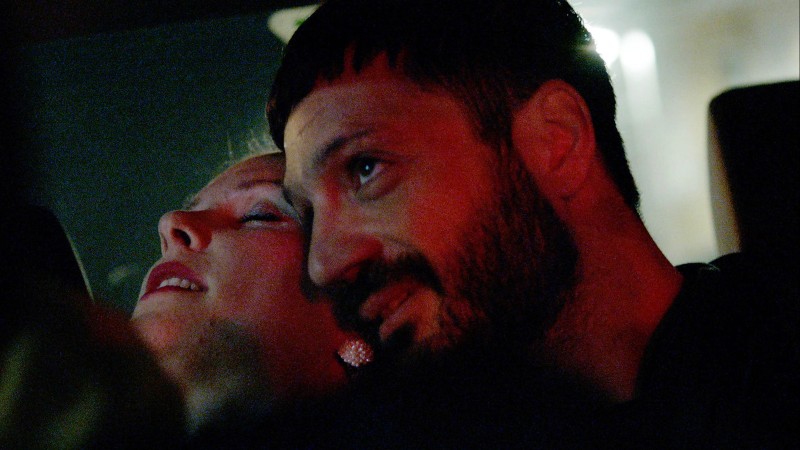 Thirty exudes a realistic charm. It focuses on seemingly unimportant dialogue and wandering scenes. We follow Övünç’s go through the first ciggies of the day for eight minutes. An entire conversation stops for almost 2 minutes just so one of the characters can use a blender. The movie relies on mood and understated acting to do the heavy lifting. Nowhere this is clearer – and more effective – than on scenes centred on Raha, who carries a muted pain around and always seems to be hiding something. Her monologue about her inability to find a reason to get out of bed is one of the production’s best moments.

The feature is divided in two parts. The first half is a theatrical and brightly-lighted affair, focused on long takes in minimalistic apartments. The second half is an exploratory and colourful night out, somewhere between Gus van Sant and Rainer Werner Fassbinder. The dramatic elements of the first part get audiences hooked, while the second part provides the film with a sense of purpose and emotional punch.

Said search is echoed in Övünç’s opening of his birthday gift – a potent scene which is the heart of the film. He starts off with a big box that reveals, Matryoshka-style, several smaller boxes within itself, only the find the last and smallest one empty. While his friends argue that “the journey is the reward”, what’s clear in his face – and in Thirty as a whole – is the disappointment which comes with the end of youth.

Watch Thirty for free during the month of December only with ArteKino – click here for more information.