"Filthy genius movie"
Parisian Baroque singer Elodie Fonnard and Afghan refugee Ahmad exchange songs, poetry and hope, in this exquisite mixture of documentary and fiction - watch it for free with ArteKino in the month of December only!

The artist must look in many places in order to find their muse. For Fonnard, capturing the untamed spirit of the wandering refugee brought wasn’t a mere altruistic gesture. Captured under the slanted camera angles, Fonnard cuts vegetables with Ahmad, sharing a community of comradeship and love. Exchanging lyrics of a poetic and musical nature, the intertwined art forms form the basis for a concert that might prove Fonnard’s purest work. With Ahmad at her side, Fonnard has a new muse, a new mirror and, most importantly, a dear friend.

This is one of the more compelling documentaries of the year, detailing the companionship that close quarters can both bring and inhibit. For a generation of viewers versed in Big Brother and I’m A Celebrity, Get Me Out of Here, this might not come across as something entirely original, but Narboni’s piece feels genuinely organic, instead of tediously automated.

Barely off camera for a moment, Fonnard speaks to Ahmad with fervent respect, understanding the values that intertwining cultures can bring. Eager to remind audiences that Muslims are not terrorists, Fonnard changes her material to incorporate Mohammedan symbolism. When her concerned pianist questions her use of Arabic in song, she replies “Allahu Akbar only means “God Is Great” after all”. 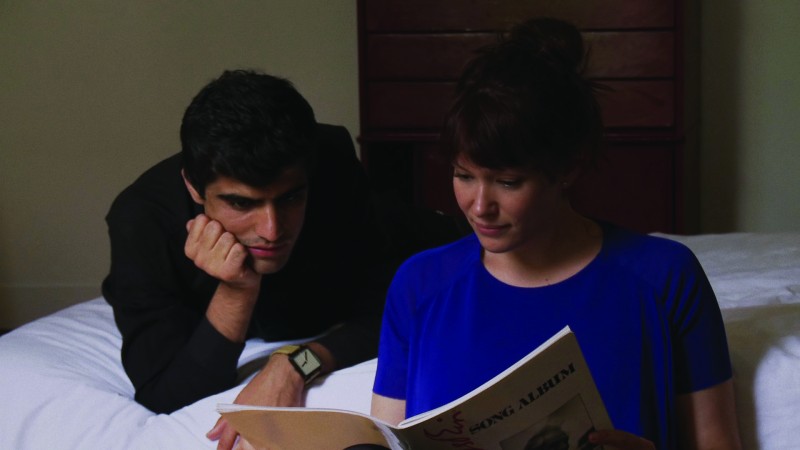 Then there’s Ahmad, staring magnetically towards the ceiling as she practices her repertoire. Sandy-eyed, he looks wordlessly through her recitals, his eyes ache with the ghosts he unwittingly admits to the camera. Conversing with his new surrogate mother, Ahmad details a harrowing phone call he shared with his biological mother. You can watch the horrors in his body language, that he may not be the infallible tout we opened our eyes on. It’s all there in the undiluted agony, turning himself into his arm to tear up, Fonnard motionless in her incomprehension of the world’s cruelty.

Together, they create a poetry more potent, more real than anything Fonnard could sing in the classical metier. Together, in body and voice, they’ve achieved an art piece.

You can watch Sad Song online and for free throughout the month of December with ArteKino – just click here for more information!

Fittingly, the film comes out only a year after Sinead O’Connor’s (now Shuhada’ Sadaqat) conversion to Islam. Traditionally a Judeo-Christian continent, Europe has shown a growing interest in Islamic Traditions in recent years.