This is about football, but, apart from a brief sequence at the end, there are no scenes of the great game being played. Instead, Ruth uses the sport as a means to explore Portugal’s colonial legacy, delivering a tale of a changing nation.

The year is 1958, the country is Portuguese Mozambique and the city is Lourenço Marques (now called Maputo), introduced in an opening montage as the “Jewel of the Indian Ocean”. Our protagonist Eusébio (Igor Regalla) is a young black lad from the streets, impressing everyone he meets with his devastating footballing skills. Playing for Sporting de Lourenço Marques, he is noticed by white Portuguese scouts for Benfica, who regularly travel to Mozambique to find players who can play for clubs back home.

As Sporting de Lourenço Marques is a subsidiary and feeder club for Sporting Lisbon, this floated move to Benfica proves very controversial, with the other side trying to do everything within their grasp to block the move. This all takes place against the backdrop of the fascist Portuguese regime and the events leading up to the revolution of the colonised nations of Africa. As a result, the treatment of the black man by, often patronising, rich white men, doubles up as a fascinating metaphor for Mozambique’s treatment by Portugal. 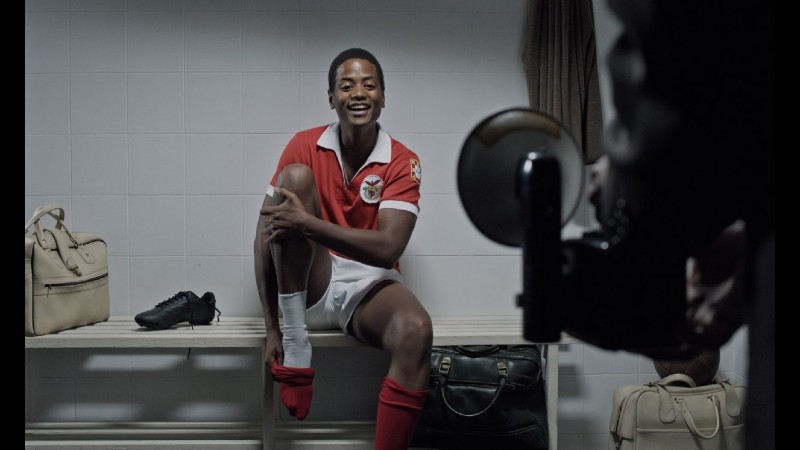 A free adaptation of true events, Ruth — named after the codename Eusébio was given during the lengthy transfer process — is a playful, intermittently amusing exploration of Portuguese rule and the bureaucracy of their football system. While it will be inevitably more interesting for people with some knowledge of either the Portuguese fascist regime or the intricacies of the Primeira Liga, Ruth offers small pleasures in its production design — bringing the colonial-era architecture of Maputo to life — and the affability of the cast. Its core issues stem from the overly labyrinthine plot. The editing cannot find always a way to bring the story together, slowing everything down when it should be ramping the tension up.

Ruth will work a lot better with people who already know a lot about the player as opposed to somebody coming in with no prior information. It’s going to connect with football historians, colonial studies students and the citizens of Portugal and Mozambique.

You can watch Ruth during the month of December for free with ArteKino – just click here for more information.

Impoverished Brazilian town finds a new purpose in the manufacturing of jeans, with locals working round-the-clock in order to earn money for the yearly Carnival festivities - from Sheffield Doc Fest [Read More...]