The dirty movie that changed my life: The Umbrellas of Cherbourg

Our reader Karin Thimm describes the very film and the very sequence that gave her a renewed sense of purpose in life, after an acrimonious divorce battle at the age of just 20!

I am now a strong and resolute woman in her forties, but back in 1997 I was barely 20 years of age. I was as vulnerable and gullible as one can be. I had married my first boyfriend James*, who turned out to be psychologically and financially abusive. He was basically a nasty control freak. We got married when I was just 19. Despite his manipulative behaviour, it never seemed like I would be able to find another love. He was also kind and loving at times, and that’s all that seemed to matter to me.

Yet somehow I summoned the courage to file a divorce. But that was just the beginning of the end. The battle got ugly, very ugly, but that’s all you need to know. It isn’t necessary to go into the details. Plus, shortly I submitted the paperwork, I found out I was two months pregnant. Had I made a mistake? Was this a sign that James was the right husband for me? Should I turn things around and make up with “the man of my life”? How could I go on without him and yet with his child inside my womb? The answers right now are as easy as apple pie now, but back then they weren’t as straightforward. 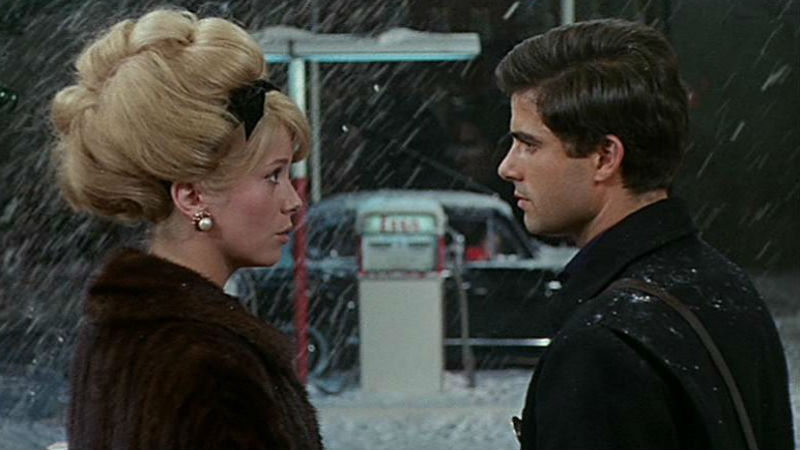 The final answer came one Sunday afternoon when I went to the Everyman Cinema in Hampstead. That’s before it was refurbished. It was a charming repertoire cinema where they showed all sorts of old movies. Double bills, triple bills, all for a fiver. Yes, there were mice running past. But so what? It was so cosy and homely. I was devastated when they shut it down the following year for a major make-over. Yet I was lucky enough to watch Jacques Demy’s The Umbrellas of Cherbourg (1964) shortly before it shut down for the works. It was the final sequence of the movie that gave me the strength to proceed with the divorce.

The Umbrellas of Cherbourg isn’t a film about an abusive relationship. It tells the story of 16-year-old Geneviève (played by a dazzling Catherine Deneuve, in her breakthrough role) who runs a small umbrella boutique with her mother in the coastal town of Cherbourg (in Normandy). She falls in love with the handsome car mechanic Guy (Nino Castelnuevo). But Guy is drafted to serve in the Algerian War, and their future is uncertain. They pledge make a pledge of unconditional love before he departs, and Geneviève becomes pregnant. Reuniting with her lover seems to be the only way forward, until the final sequence of the film challenges the orthodox notions of eternal love.

Move the clock many years forward. Geneviève returns to Cherbourg with a young girl in the passenger seat of her car, who happens to be her child with Guy. She stops at a petrol station in order to fuel her vehicle, where she accidentally bumps into Guy, who happens to work there. They have a very short conversation inside the station store, while their daughter waits inside the car. Geneviève asks him whether he wants to see his daughter for the first time. He turns the offer down. Geneviève returns to the car and drives off. It all looks like doom and gloom. It’s impossible to get over unrequited love, particularly if there’s a child involved. The pain is insurmountable. 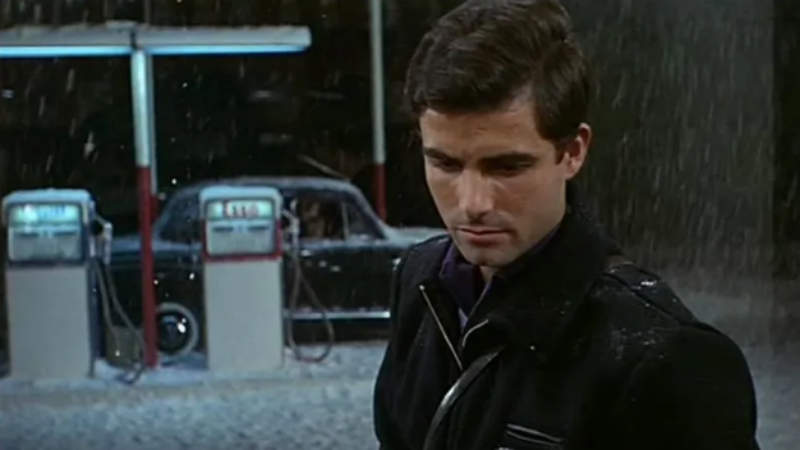 In a split second, however, the movie and my life changed. Literally in a split second: just watch the extract below, at 5:59. Moments after Geneviève drives off, Michel Legrand’s magnificent I Will Wait for You explodes into the speakers and Guy’s wife and child arrive. He embraces them. Happiness is to be found despite the unrequited love. Despite the baby. Incidentally, the iconic French composer Legrand passed away two months ago at the age of 85.

Geneviève’s story and mine are very different. In my case, my husband was mean to me. In her case, the circumstances (the war, the forced separation) were mean to her. What we both had in common is that we both loved our men profoundly and couldn’t see life beyond that. And that we had a baby. In both cases, life moved on and happiness prevailed. That baby is now 21 years of age and she’s expecting a baby herself. I couldn’t be happier!

* All names in this article have been changed, in accordance to the wishes of the writer.

Do you also have a story to tell about a movie that changed your life? We’d love to hear it! Just write to us at info@dirtymovies.org!

Agnès Varda's latest documentary essay takes us on a trip through her incredible career in this skilfully delivered primer - in cinemas and also on BFI Player [Read More...]