Our writer takes a dirty look at the third remake of the Hollywood classic A Star is Born, and reveals why the paternal figure, played by Andrew Dice Clay, remains instrumental to the protagonist, played by a dazzling Lady Gaga

Among other things,  A Star Is Born (Bradley Cooper, 2018) is about a shifting musical landscape, starting with Jackson Maine (played by the director himself) playing sold-out rock concerts and ending with his protege Ally (Lady Gaga) singing pop songs about jeans on Saturday Night Live. In fact, the enduring myth of A Star is Born is the fact that the show-business is  always changing, and stars – in whatever form they may come will always be born. This is the third remake of the movie.

Overlooked in debates concerning A Star Is Born’s classic rock versus pop dynamic is how the movie actually frames this debate in a much larger historical context. This is we have Sam Elliott playing Maine’s much older brother, a failed singer himself that Maine looked up to and eventually superseded. And this is why on Ally’s side, and perhaps more crucial to the entire construction of the film, we have Lorenzo (Andrew Dice Clay), her father, a man who, in his own words, could’ve been as big as Frank Sinatra himself.

The word that has been bandied around a lot when it comes to this fourth version (of the classic American tale is “authenticity”. Nowhere is this more apparent than in Lady Gaga’s astonishing performance, which looks beyond the artifice of ‘Lady Gaga’ to the woman, Stefani Joanne Angelina Germanotta, underneath. As a result, the casting of fellow Italian-American Andrew Dice Clay was a masterstroke. He was even chosen over world-class actors such as Robert De Niro, John Travolta and John Turturro. While not as accomplished an actor, his less over-bearing presence allows him to really inhabit the role of her father, giving the film an uncommon depth for contemporary Hollywood drama. 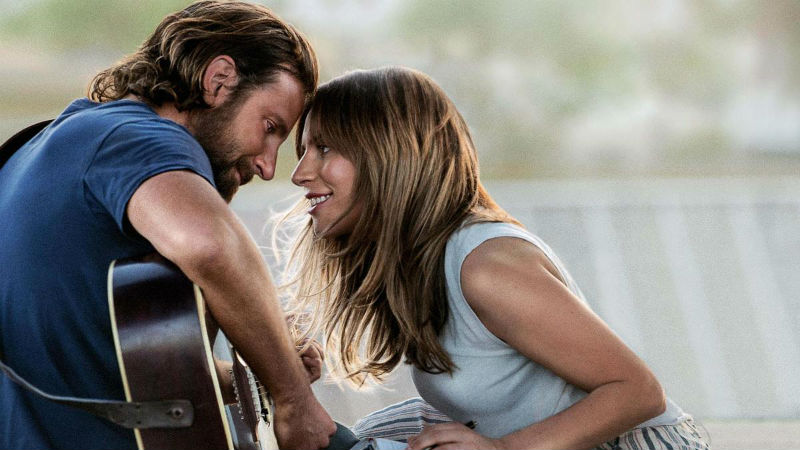 When Ally first returns home after her first wild night out with Jackson, her father is in the living room with his friends betting on horse races in Japan. Whether or not he is using traditional casino sites to play blackjack or simply gambling among friends, one gets the sense that this has become a regular routine. (If you fancy being like Lorenzo and playing blackjack and other casino games while in the queue to buy A Star Is Born tickets, check out this list of the best casino sites online now.) The room is full of cigarette smoke and there is plenty of alcohol to go around.

This is how Ally can tell immediately that Jackson is an alcoholic, and perhaps normalises his toxic behaviour from the start. Like nearly everything in the screenplay, characters continuously echo each other: not only has Jackson succeeded where her father didn’t, he is eventually the more destructive alcoholic. Through these brief shouting matches with Lorenzo, Ally’s relationship to men and to stardom is cleverly established, setting up a conflict that will only really be resolved in the movie’s final scenes.

Despite all of Lorenzo’s flaws, he loves his daughter dearly and wants her to have the success he never had. With a thick New York accent and seemingly only hanging out with other New Yorkers, despite living in LA, there is a hidden subtext that Lorenzo himself moved to LA in order to be a star. As a result, he imbues the film with a sense of wonderment; at what we mean by success and what we mean by genuine stardom. He creates the myth, repeatedly telling Ally that he heard many better singers back in the day than Frank Sinatra, but when Old Blue Eyes stepped on the stage, he had that ineffable thing that everybody else wanted. Stardom is something that you can’t pin down, you just have to see it for yourself.  And this is your opportunity to see it! 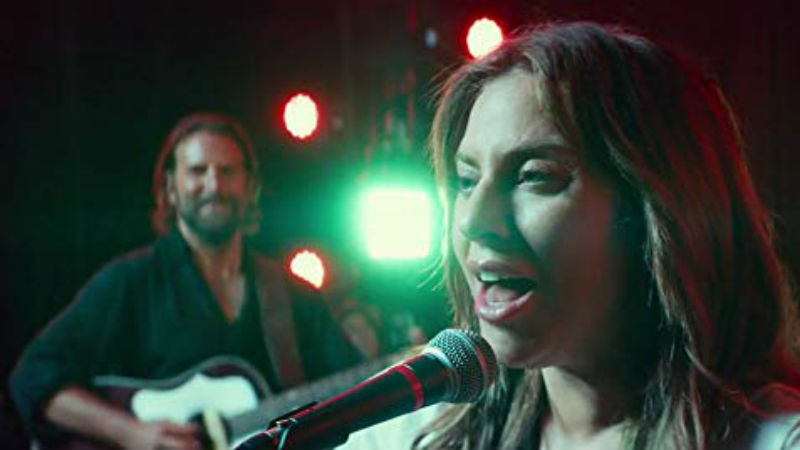 Listen to the sound of a star

Even Ally’s musical choices continue this idea of classic songsters. It is no surprise that when Maine first lays eyes on Ally she is singing a rendition of La Vie En Rose, a song first recorded by Édith Piaf in 1947 and has been tacked by everyone from Tony Martin and Bing Crosby to Grace Jones and Donna Summer. First a classic show-tune, then a disco classic; in essence, the perfect song to play in a drag bar. It’s probably even a song that Lorenzo has performed, although probably in a quite different manner.

Then by the end of the film she pulls out all the stops to sing the original ballad “I’ll Never Love Again” – evoking shades of Whitney Houston in her barnstorming performance. In this moment, playing in a concert hall and decked out like a traditional crooner, she has truly become her father’s daughter. While rock and pop are definitely important, essential parts of the movie’s musical construction, this idea of timeless stars – whether its Frank Sinatra, Whitney Houston or Lady Gaga herself – ensures that that 2018’s A Star Is Born won’t date any time quickly.

Bradley Cooper isn’t aiming for any specific comment on the current moment here, instead creating a timeless vibe that feels like it could’ve been set any time in the past fifteen years. Lorenzo is crucial to this timeliness. Although at first appearing like comic relief, he is the movie’s beating heart, a link between the past and the present that shows that while musical genres are constantly shifting, the essential nature of stars remains the same.

The titillating world of an unlikely Hollywood diva! Tribute to the tragic and trashy diva Jayne Mansfield is a collage of apocryphal anecdotes, rumours and souvenirs - now on VoD [Read More...]