In Agnès Varda’s new documentary essay, which premieres today at Berlinale, the director returns again to a theme that has run throughout her work: herself. Varda by Agnès is a feature-length keynote with the French New Wave pioneer, who takes the audience on a journey through her films, stylistic choices, and changing themes.

It’s also a person reflecting on their 60-year career, from beginnings as a photographer, through successes and failures, her marriage to Jacques Demy who she loved very much, and her willingness to explore alternative mediums. It’s a mighty rejoinder to the Nolan/Tarantino shoot-on-film-only freaks that one of cinema’s great formal innovators is so open to adapting to new technologies, to see how they can bring her closer to the world. 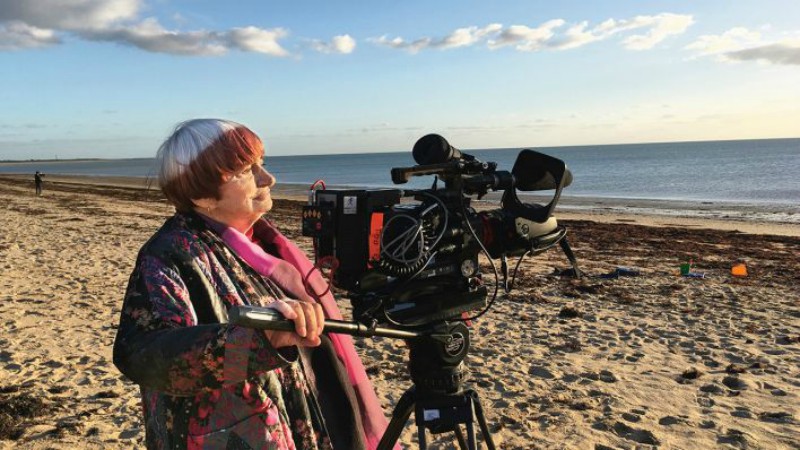 It’s a primer for those who have discovered her work since Faces Places (which, along with her iconic image has made her an online darling). Varda has always been a master of controlling her own image, of exploring how people see and are seen. She muses on her production of the Jane Birkin film Kung-Fu Master (1988) alongside Jane B. par Agnès V. (1988) about what it meant to create portraits of another person which were also portraits of herself.

Part of why she’s such a source of fascination is that she’s never depicted herself as a tortured artist or intense genius, as so many writer/directors do. She’s self aware and good humoured about her work, but its this view of the self as only separated by the camera lens, so her films always feel like a trip directly into her interior monologue. 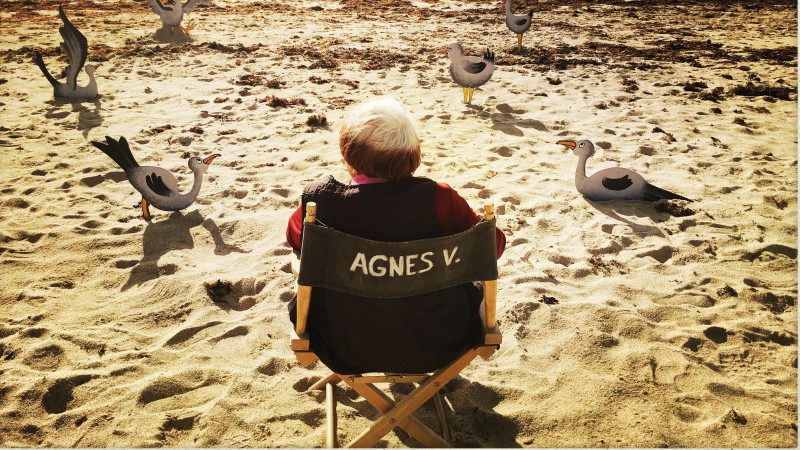 Part of me wondered if this film is a response to the increasingly memed version of her – a cardboard cut out likeness that toured along with Faces Places (2017) and became a must-selfie-with item, for example. She reclaims her own image and recycles it, which is effectively what Varda by Agnès is. Varda says as much herself in the section on one of her greatest films The Gleaners & I (2000). In that film, she realised that through following gleaners that she was herself one, recycling the stuff of life for film. Varda by Agnès is doing just the same with her own cinema, punctuating her life story with choice movie moments.

It’s expertly done, and it is a joy to revisit one of the greatest and most consistent filmographies in the history of European cinema, but if you are already familiar with Varda’s work this doesn’t tell you much that you don’t already know. As another capper to cement an already certain legacy though, we should be thankful for Varda Par Agnès as we are for the woman herself.

Varda by Agnès premiered at Berlinale, when this piece was originally written. It’s out in cinemas on Friday, July 19th, and then on BFI Player on Monday, July 22nd.