A brief and yet satisfying portrait of the US entertainment legend Paul Lynde, Richard Squires’ debut film Doozy takes multiple approaches to viewing its charismatic subject, from the conventional to the thrillingly experimental. As well as voicing a number of Hanna-Barbera characters and memorably recurring on the American television sitcom Bewitched, Lynde is probably best known as the centre square on the game show Hollywood Squares, as the deliverer of zinger after zinger.

Actual footage of Lynde is quite limited in Doozy, however, with Clovis, a cartoon likeness of the man reenacting anecdotes from his life over live action footage. It manages to summon the essence of the man with charm and an element of kooky mystery. 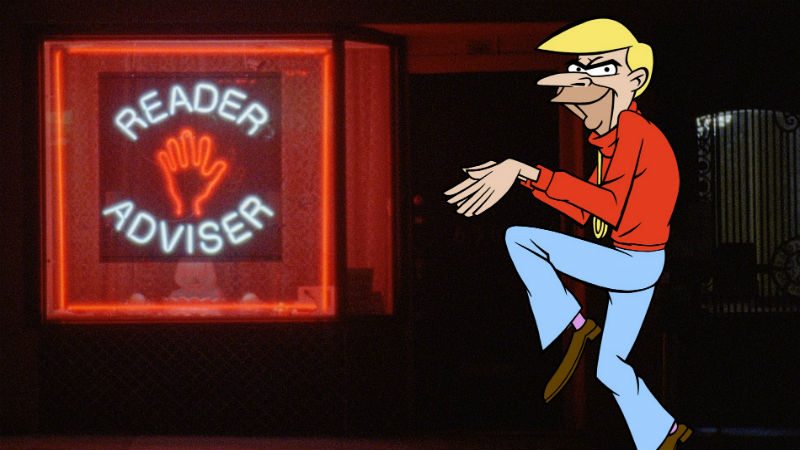 In taking a multiplicity of viewpoints, Squires doesn’t always get a handle on Lynde. One of his classmates is returned to again and again for commentary on her friend, her enthusiastic daughter cutting her off in order to give her own explanation. When we see a couple play the whole of American folk song I Wish I was in Dixie on guitars, as he cuts back and forth to shots of Lynde’s high school yearbook, it’s difficult to work out if the sense of Confederate nostalgia he’s created is ironic or otherwise. This uncertainty is part of what makes Lynde so compelling to return to; he symbolises something different to almost everyone.

A number of academics appear in Hollywood Squares to talk about aspects of the Lynde persona and impact. Squires focuses on their faces as they watch old Hanna-Barbera cartoons. Some of their observations are insightful. While Mark Micale accuses Lynde of playing up to negative gay stereotypes, Jens Kjeldgaard-Christiansen’s discusses the dubious concept of ‘pseudospeciation’ (the idea that social difference is motivated by cultural difference – Tribalism is scientific, how very pseud) leads to the conclusion that Lynde’s otherness is in his voice. 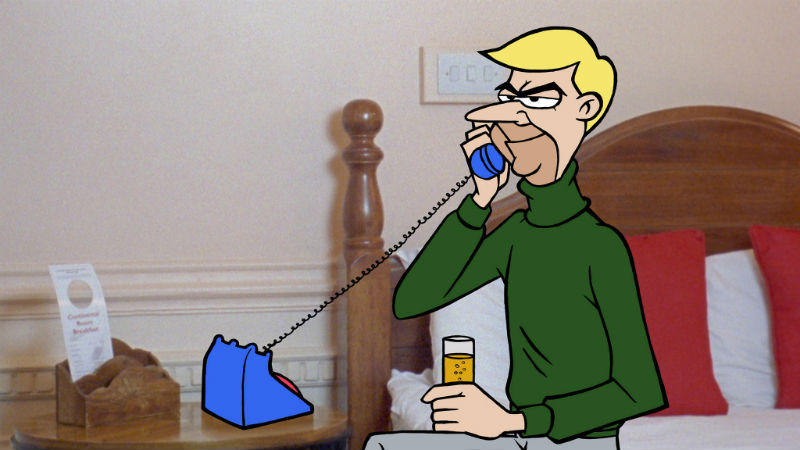 In fact, much of Doozy centres on the voice of Paul Lynde. And why wouldn’t it? Even as his TV roles are aired with increasing irregularity (although hour-long compilations of his Hollywood Squares appearances are readily available online), that shrill, expressive voice lingers in the cultural memory through impressions, references, and an influence that travels all the way down to the UCB comedy crowd. Doozy opens with clips of folks doing impressions of him, and Squires tries to link his voice to the essentially American by playing clips of it over footage of Chevrolets and suburban Americana.

In visual style, the cartoon sequences pastiche Hanna-Barbara, telling short anecdotes that aren’t so far out of the bounds of plausibility. If the voice acting was better (we have so many voice clips of the real guy that its easy to spot the fake), perhaps these scenes would feel better integrated, but they linger as asides rather than driving a thesis for Doozy. That said, sometimes it creates a nice effect, like seeing cartoon Clovis solicit a cartoon hunk and them tiptoe through seedy neon-soaked streets and into a hotel room, hiccuping while accompanied by an upbeat soundtrack, which progresses into something darker, tragic and hallucinatory. In moments like this, Doozy creates a heady late night vibe, as long as you don’t expect something truly illuminating about its legendary subject.

The magnificent return of the squiggly line! Dirty French animation rescues the silliness and simplicity of Looney Tunes, with an animalistic European flavour - in cinemas Friday, August 3rd [Read More...]