"Dirty gem"
What if cinema was the only means of communication between a young boy and the rest of his family? Sobering doc sheds light on the saga of an autistic child who loves Disney - now on Netflix

Life, Animated is a documentary about a child, Owen Suskind, whose biggest passion are Disney films. By the age of three, Owen’s parents realised that their second son had some sort of disability. He was not sleeping, his motor skills were deteriorating and his language acquisition had changed to the point he became silent. The diagnosis was autism — the cruel reality is that some autistic kids never get their speech back. The world is too intense for them and instead they simply disengage from social life.

The Suskind family then found out that watching Disney movies was the only thing they could do together as a family. And that continued for many years, until one day Owen picked up three words of a cartoon and spoke up. Parents were thrilled, but they never knew for real if Owen meant to communicate something or if he was just parroting the film.

Autism is a prison. What we learn from Life, Animated is that sufferers of the condition do want to connect with other people, and finding a way of doing that is an uphill struggle.

Director Roger Ross Williams (God Loves Uganda, from 2013) returns with a masterful film about how one close-knit family navigates life with autism. Ross knew the Suskind family for many years, because he had worked with Owen’s father as journalists in a newspaper. Even though Ross was close to the family, he still had to face the challenge of how to interview Owen, now 23. So he hid the camera inside the TV set. 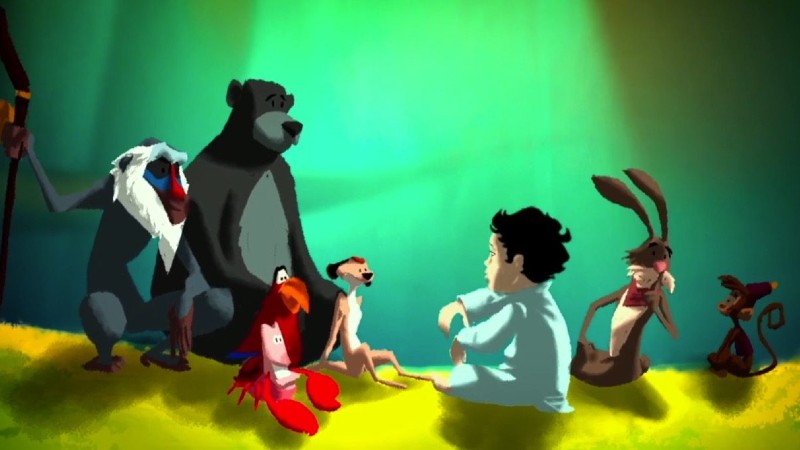 Ross uses animation in order to recreate Owen’s childhood. The film viewers witness significant changes in the child’s routine via cartoons. Owen primarily identified himself with Peter Pan, the Disney character who didn’t want to grow up. He often draw secondary characters. At the time he was bullied at school, he repeatedly watched Bambi, as if saying: “I’m vulnerable, just like the Disney character”.

Eventually, Owen learned how to interact and insert comments of his own in small conversations. Through the years, he graduated from a school for special need teens. He even organised a Disney Club for his colleagues, in which he himself would present the films.

The film documents Owen’s progress as well as shortcomings. Life, Animated is an emotional register of social inclusion. Ross shows people with special needs are not stuck in uni-dimensional existence. By the end of the movie, Owen is facing situations that were not scripted in Disney movies. He now articulates responses to the challenges of adult life as well as manages to comprehend the limitations of happiness. That is the verve of living.

The film was part of both the Sundance London Film Festival and Sheffield Doc/Fest earlier this year. The film is out in cinemas on Friday, December 9th (2016). On Netflix in May (2020).